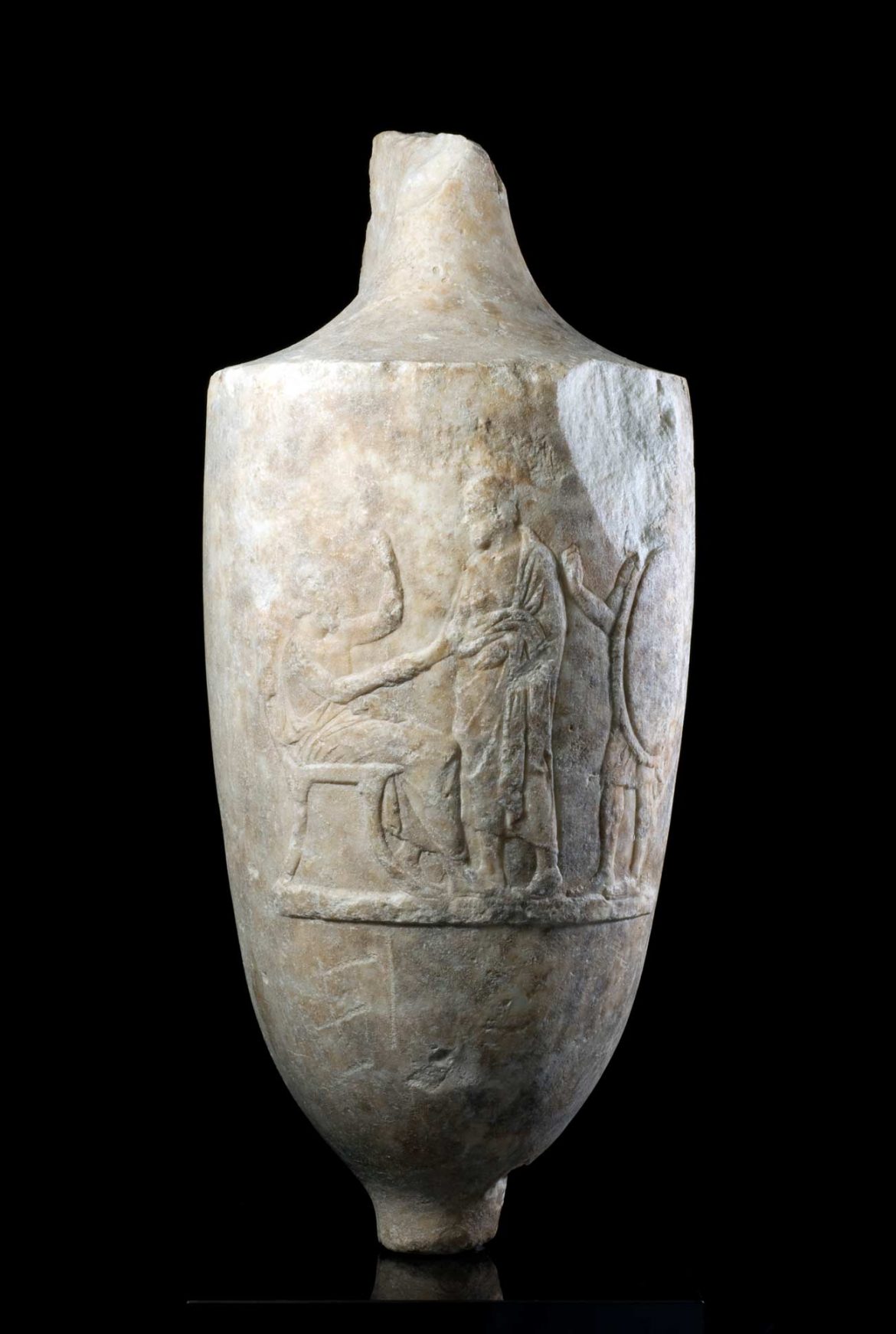 The lèkythos, which comes from the Versace Collection, has a tapered form and is missing part of the neck, handle and base; it is created from Attic Pentelic marble, as are most works of this type. On the body of the vase, in the area for decorations, it displays a departing scene with three male figures in relief. On the left, seated on a klismòs, there is a figure of an elder with a flowing beard and long hair, wrapped in a himàtion that leaves the chest uncovered, wrapping the lower part of the body. His left hand grasps a staff, no longer visible as it was painted on, while the right is stretched out in front clasping the hand (dexíosis) of the other bearded standing figure that also wears a himàtion. Behind him is a third figure, without a head, wearing a tunic and armed with a shield, whose right hand, stretched forward, certainly once held a painted spear. The act of dexíosis, the handclasp between the two protagonists of the scene symbolizes the affective bond between the deceased and the living members of their families, still united beyond the grave. Lèkythoi and loutrophóroi were the marble counter parts of the original terracotta vessels used for funerary purposes since the archaic era. They appeared and became popular around 420 BC during a notable revival in funerary monument art and remained in use until 317 BC when the sumptuary law of Demetrius of Phalerum abolished funerary monuments. Lèkythoi and loutrophóroi were erected in Greece to perpetuate the memory of the deceased and to glorify his own family. These tombstones were exhibited on the façades of periboloi or family burial enclosures containing several graves. For its composition scheme, its formal output, and the tapered shape of the vase, the lèkythos can be dated chronologically to the first half of the 4th century (390-350 BC) (in “Athena Nike: la vittoria della dea”, Rome 2013, p. 100-105).