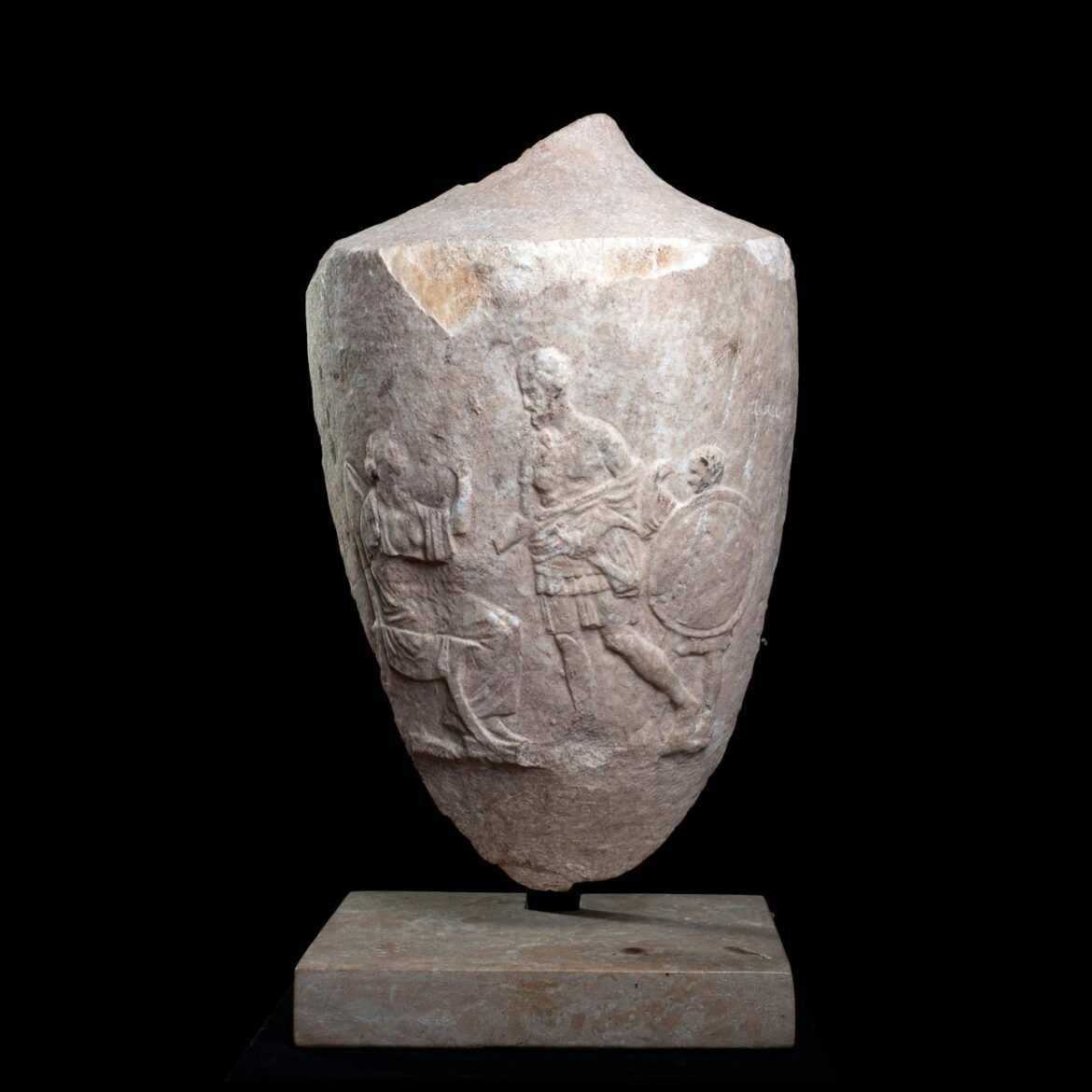 The lèkythos in Pentelic marble presents a tapered and fragmentary form as only the front half remains, which includes a departing scene in relief in the area for decorations.

To the left, seated on a klismòs, is a male figure with the surface of his face eroded; he is wrapped in a himàtion that covers both shoulders, falls over his left shoulder and covers part of the chair. His left arm is raised and flexed as his hand, today eroded, once grasped a painted staff, while the right is stretched forward clasping the hand (dexíosis) of the bearded figure in front of him who has finely worked and extremely expressive features: a hoplite. He wears greaves, a short-sleeved chiton hanging down to his knees, an anatomical breastplate with two rows of pteryges; a chlamys is draped around the pelvis and the bent left forearm, which is holding a sword. The small slave who’s accompanying him carries a Phrygian helmet and a large circular shield that conceals nearly all of his body. The three figures conform to iconographic types that are very know in the figurative repertoire of Attic funerary vessels. The deceased one can be identified as the central figure, whose leading role is also underscored by the presence of the slave: he is now immortalized as an armed warrior in the act of bid- ding farewell to his aged father; a definitive greeting, but death will not break the emotional bond created by the blood relationship.

Like the previous piece (in “Athena Nike: la Vittoria della dea”, Rome 2013, p. 106-111), this lèkythos is also placed chronologically within the sculptural production between the second decade and the middle of the 4th century BC for the design of the composition in relief and especially for the rendering of the back of the chair, that shows the depth. The execution of the details is carefully crafted, the figures have harmonious proportions, fashioned in very low relief and minute attention is shown in the rendering of the anatomical details. The work is probably datable on the second quarter of the 4th century BC.