Inside the headquarters of the Sorgente Group in via del Tritone 134, the Fondazione Sorgente Group’s new exhibition space is being inaugurated with an exhibition devoted to Art Nouveau, entitled “Un angolo di Art Nouveau a Roma” (A corner of Art Nouveau in Rome).  This event is the debut of the new space which is included in the Romaexhibit, Art and Exhibition in Rome. An agreement subscribed by the major Roman exhibition spaces and museums, with the aim of promoting and organizing the cultural events and shows in town. The light-filled venue on the corner of via del Tritone and via del Boccaccio, with its large window fronts, contains a selection of sculpture, furniture, objets of art and paintings emblematic of this art movement that started in France and central Europe and swiftly spread to other countries, including Italy. Visitors are treated to an exquisite sampling of the glories of our not-so-distant past, to better acquaint with the elegant, sophisticated tastes of the early 1900s. The wood inlays, the intricate creations fashioned in gilt bronze, the dancing maidens attired in pleated gowns in a swirl of motion; as well as the plants and insect life, especially butterflies and dragonflies: all transport the viewer into a refined universe of sensual pleasures. From the building’s spacious lobby lined with golden yellow and black marble, the typical colours of the Art Nouveau movement, known as ‘Liberty’ in Italy, visitors enter the exhibition space, opening the armour-plated door as if to step into a treasure chamber. The artworks stand out against a dark background created with special attention to every detail concerning the materials, the subtle shades of colour and the lighting, a perfect showcase for the art. And although the setting is characterised by apparently neutral dark colours, which best offset the works on show, the room is still bright and even sparkles, thanks to the contrast between the exposed walls with their rusty-brown hue, the shimmering black resin floors on different levels, with their iron-rimmed steps delineated by LED lighting, and glass balustrades to avoid creating any visual barriers. This seemingly open space is thus subdivided into separate sections that are easy to arrange, in which visitors may stop and admire one work after another at their leisure. The room is also equipped with a stereo and video system featuring a large plasma screen that allows for interaction between a range of sensory elements that heightens the viewing experience. The versatile design of this exhibition space makes it well-suited for the wide range of events and shows that the Fondazione Sorgente Group is keen to host. The original structure of the ceiling, with its characteristic brick vaulting and horizontal iron beams, has been exposed, along with the rusted beams that have been given a wax coating; they were formerly concealed by a dropped ceiling with a cane structure. Part of the large perpendicular beam that supports the entire ceiling has also been left visible. The decision to retain and expose these structural elements preserves the connection between the exhibition space and its original context, so redolent of a specific historical period and building style. Thanks to this new exhibition space, the Foundation will be able to actively promote its own art collections, exhibiting its holdings and arranging a variety of cultural events and temporary exhibitions devoted to a variety of themes. 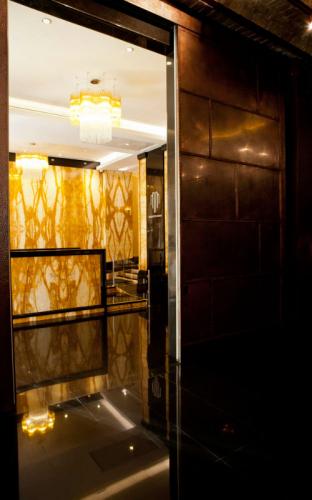 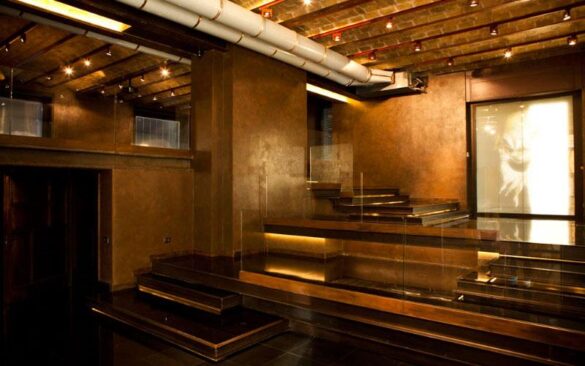 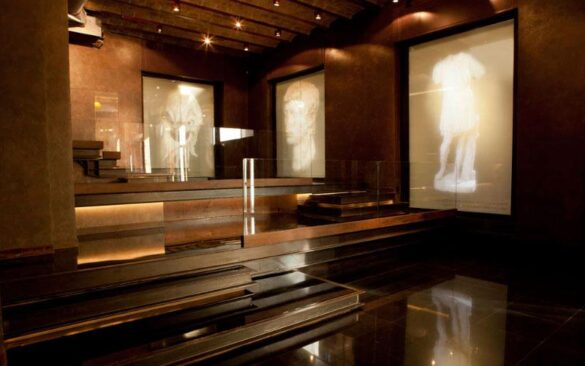 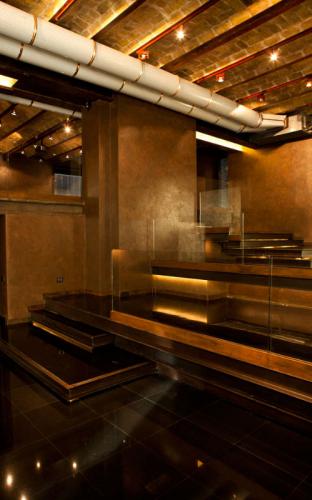 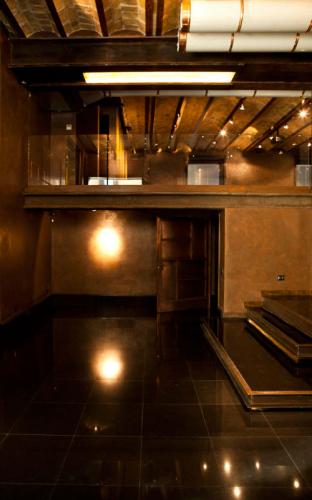