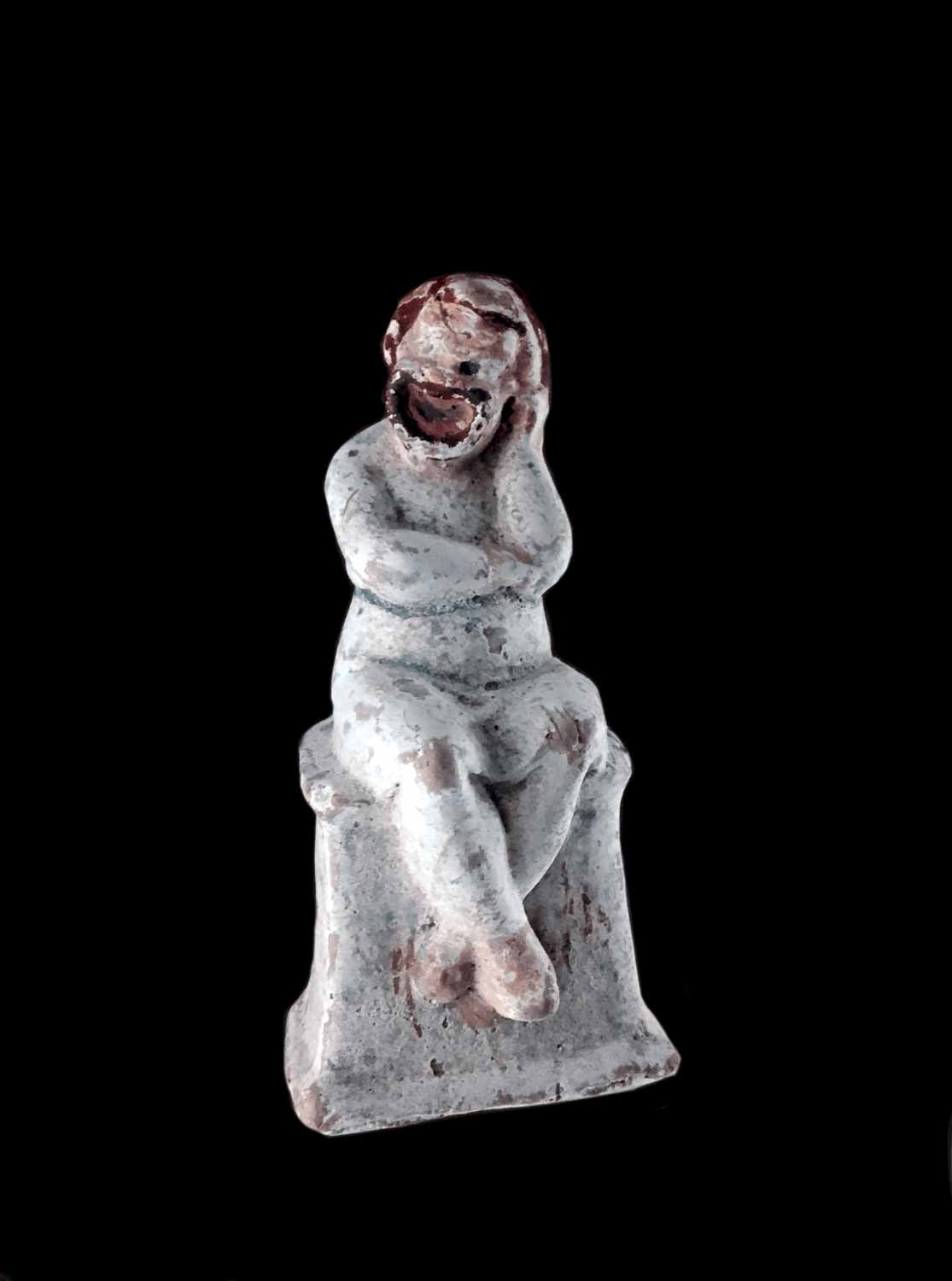 A statue made in terracotta representing a theatrical actor, as it’s evident from the typical features of the face. It is a male character, who only wears a rec- tangle of cloth around the hips, the legs are covered up to the knees and the other parts are exposed. The face is covered by a mask which presents the typical lifted forehead with expressive wrinkles, snub-nosed and the crescent mouth forcedly opened: he is a slave of the New Comedy. He is sit- ting on a plinth with his legs crossed and arms fold- ed, one on the stomach and the other towards his head in a thoughtful attitude. The statue in analysis is realized in mold with a vent hole, presenting a white glaze with traces of red paint around the mouth and on the hair. Few models comparable to our sculpture were found in the archeological site of Myrina, in Anatolia, but an important coroplast production was reported in Taranto, Canosa, Ruvo and Egnazia, specialized in small figures of different subjects (as gods, dancing maenads, acrobats, theatrical masks and actors).