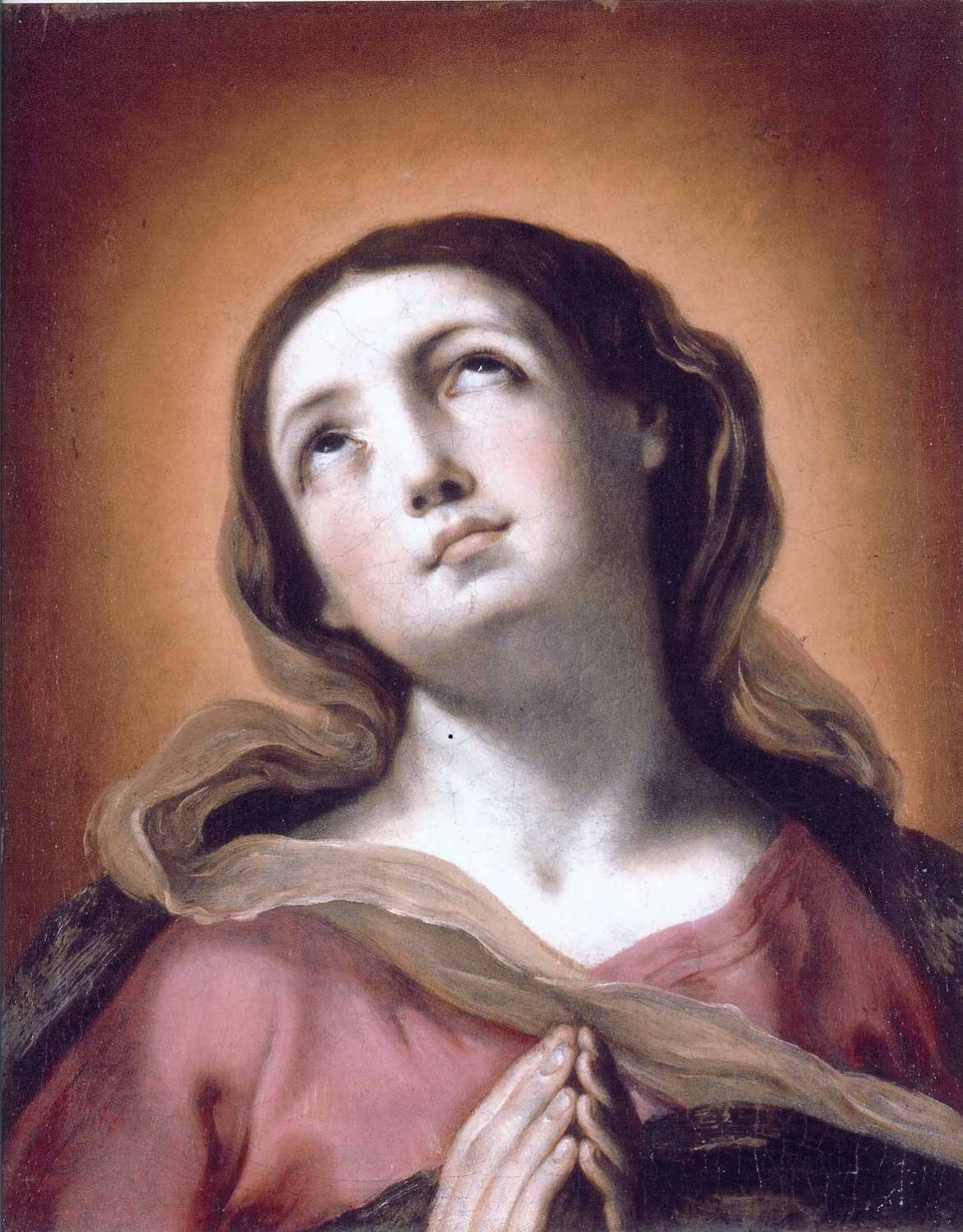 A highly emotional painting which is chronologically placed during the full artistic maturity of the great Bolognese master, when Guido Reni specialized himself on painting of these small canvases for private devotion, where the protagonists were immerged into an empty and rarefied environment, to bring the viewer on focusing entirely to the devotional aspect of the painting. Those concepts are well articulated in the research carried out by Sir Denis Mahon about this canvas which he dated precisely on 1627, when Guido Reni had a short trip to Rome to execute the commission of an “Immaculate Conception” given to him by the Spanish ambassador, for the Infant of Spain (and today in the Metropolitan Museum of New York) of which, the painting belonging to Fondazione is absolutely related. In-fact there’s a link between the model of Madonna developed by Reni for that monumental canvas and the painting of the Fondazione. Considering the importance of the Spanish commission, this model of Madonna became so popular to convince Reni to replicate it also on a smaller size. On his research Denis Mahon emphasized the bright hues and glazed colour that characterize the Virgin in Prayer, making these prototypical of that delicate and hypersensitive sentiment for which Reni became famous as well as emblematic of the entire painting culture of “Baroque classicism”. With works such as these Reni established his name in the history of art as representative of a style destined to be profoundly influential even in later centuries.