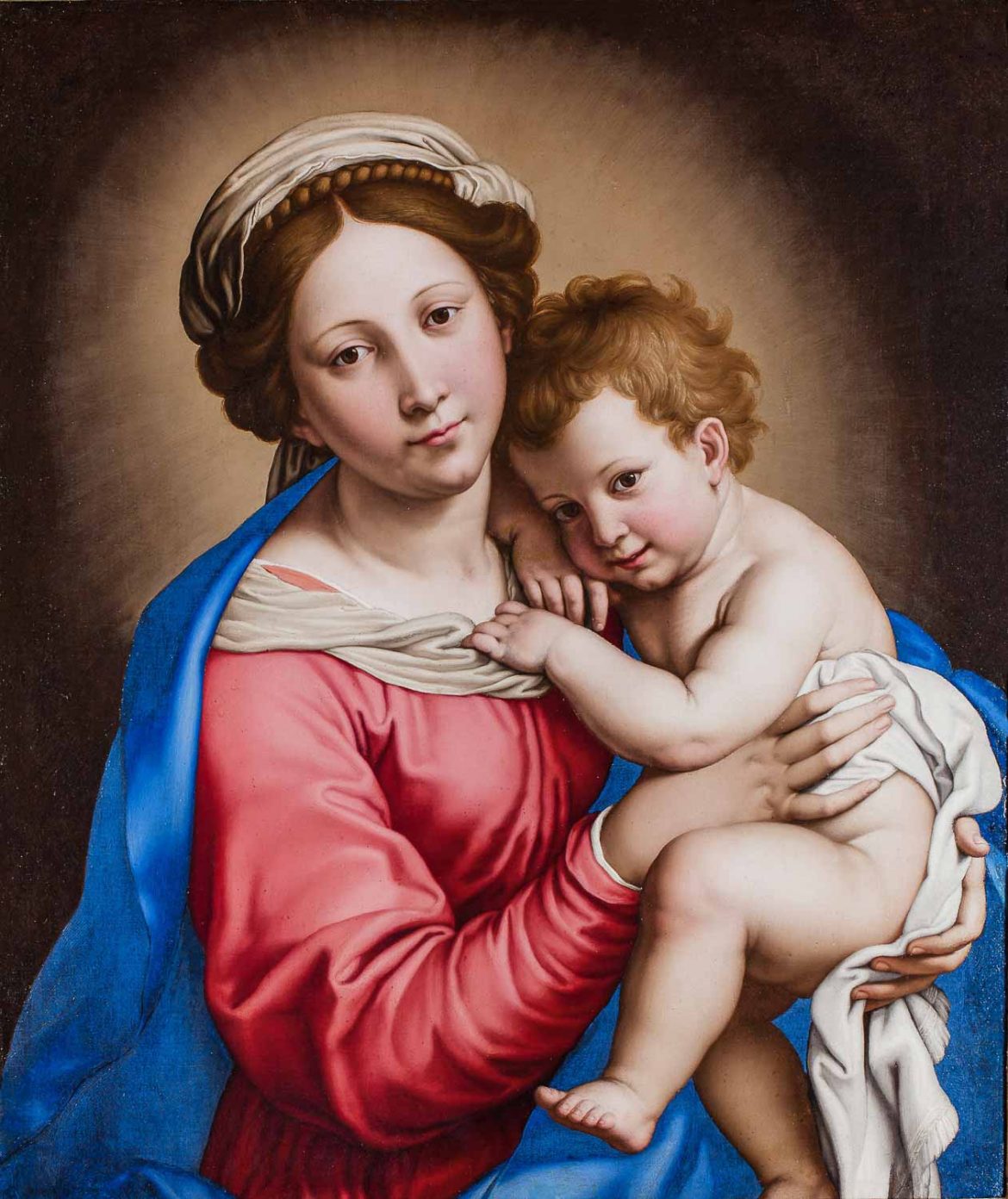 As it’s a highly emotional subject, the image of the Madonna with Child has always been the symbol of a pure and innocent shape and that helped to spread this image among figurative arts. This image had a further enforcement following the Council of Trent’ suggestions, which pointed to a return to the original Christianity, pursuing a purer and more innocent example for the Church to transmit, through an increase of the cult of the Virgin Mary.

Giovanni Battista Salvi was a great interpreter of that purity. Known as Sassoferrato, as the name of his birth town in the Marche, Salvi was an artist neglected for many centuries, who just recently received a fame not enjoyed during his life. On his works, he concentrated mainly on portraits, focusing in sacred images and particularly on those of the Virgin Mary, thus earning the nickname of “Pictor Virginum”. His style was characterized by fluid and extremely precise brushstrokes, showing a strong aspiration to pursue perfection, as it visible by classical shapes, a rigorous image composure and a delicate chromatic combination, in particularly with regards to light-red and blue.

A beauty characterized by a clean image, free from useless decorative tinsels. Sassoferrato became famous for continues reproductions of his more celebrated subjects, who enriched with tiny peculiarities, making any work unique.

All these reproductions were characterized by a quality so high, leading many scholars to attribute them to the master’s brush, setting Salvi in contrast to the other artists of his time, who preferred to assign reproductions to their pupils. Salvi never showed any sufferance for a measured copying job, embracing it as a challenging element to pursue the absolute perfection.