View of the Campo Vaccino in Rome 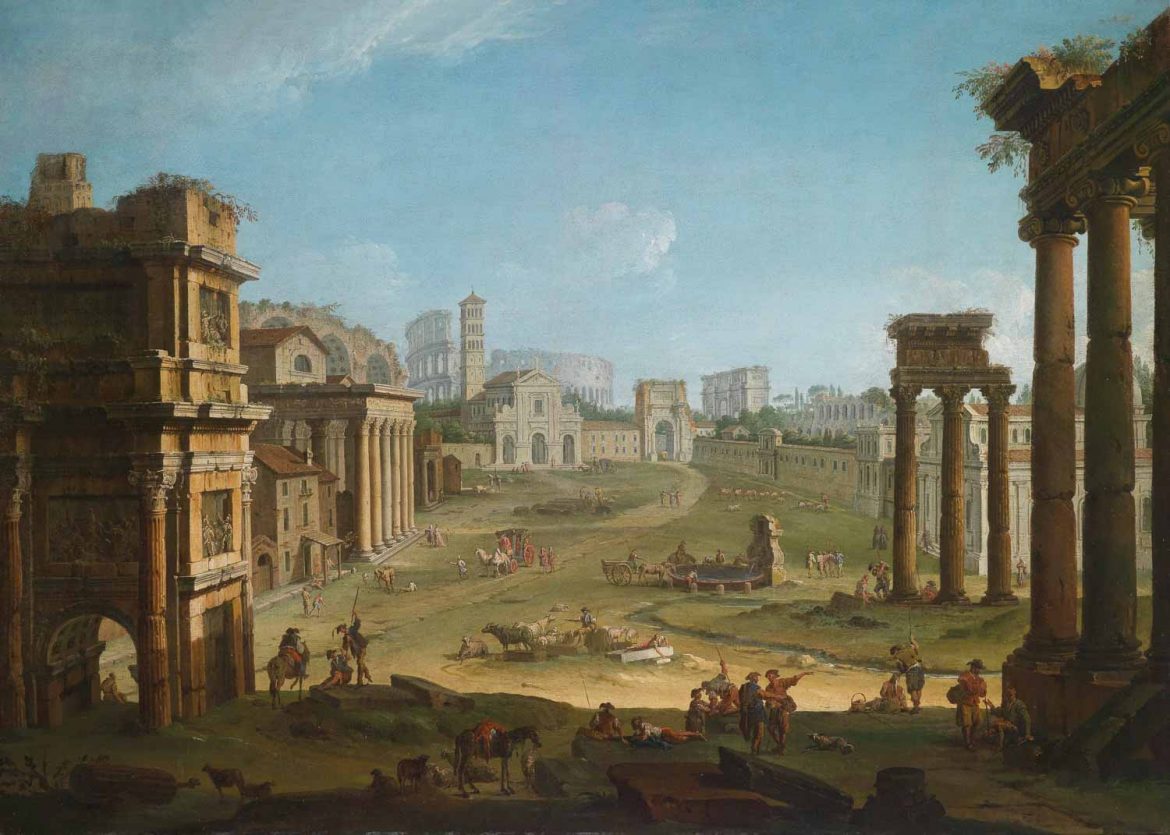 View of the Campo Vaccino in Rome

Formerly the vibrant center where Imperial Rome’s politics and trade were dealt with, the “Campo Vaccino” underwent a romantic decadence in the 18th century that made it especially attractive to the “Grand-Touring” young men pouring out of abroad. The expanse of ancient ruins, evidence of a glorious past, had turned into a field for cattle and sheep to graze on (“Campo Vaccino” does literally mean “cow pasture”). And just as much a milestone it was for the many artists coming to Rome to fulfill the commissions they had been entrusted with by the aristocracy and the Church.

Originally arrived in Rome to work in the atelier of his fellow Emilian Giovanni Paolo Panini from Piacenza, Antonio Joli from Modena is undoubtedly counted as being most-notably enthralled by such a view. In his eminent Maestro’s atelier, Joli started honing his painting skills and rapidly became a master of his craft, renowned for his spacious yet well-framed, theatre-flavored rural sceneries.

Sure enough, he had a background to stand him in good stead: as a young man in Emilia, he had served his apprenticeship at the Bibiena family atelier. Top class scenographers and architects, the Bibienas were used to creating stage sets and effects for the most important European courts of their time.

Joli’s Campo Vaccino is therefore an airy spatial composition, as well organized as any meticulous architectural project: the vanishing points are in the exact center of the picture – the gable of the church of Santa Francesca Romana –, having all elements balanced into a harmonious whole. The big sized human silhouettes are highly detailed, that much as to evoke the involvement of a Venetian aide. The overall colour quality is warm and brownish, true to Joli’s style before he sailed off to England in 1744, which allows us to date the painting shortly before that year.