Portrait of Guercino and his mother with a Lagotto 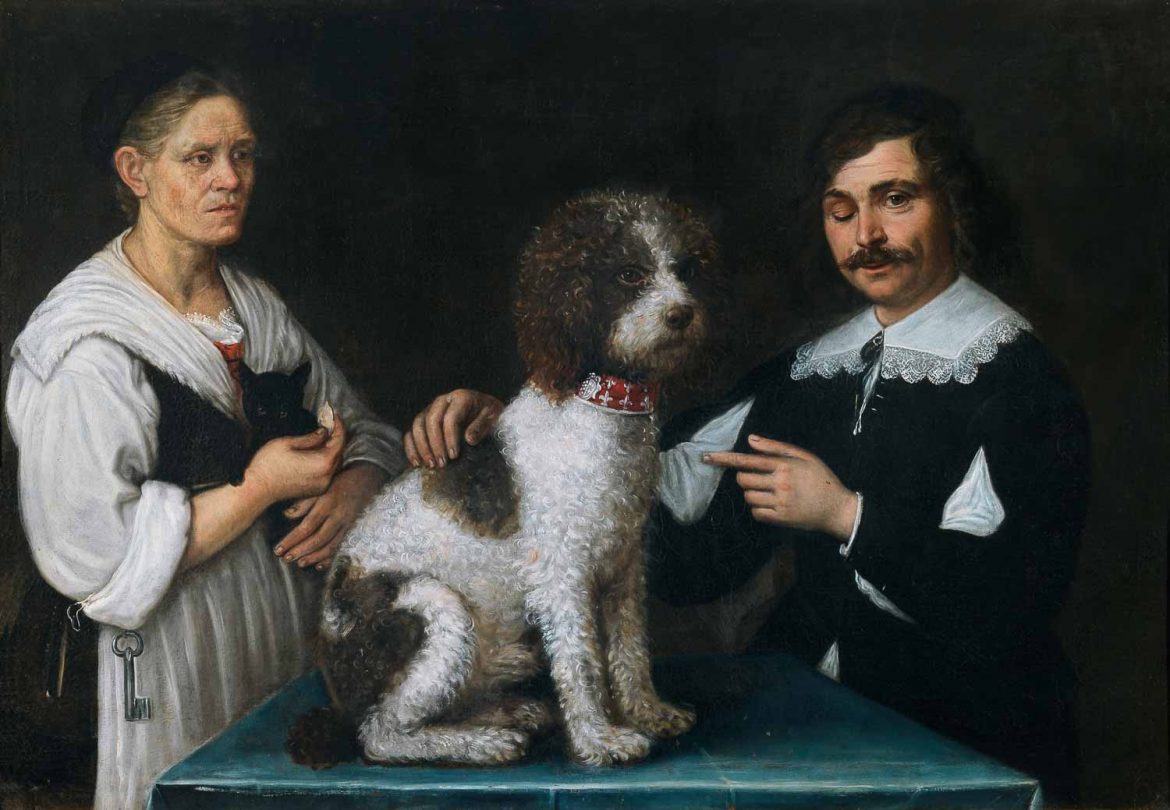 Portrait of Guercino and his mother with a Lagotto

This inedited canvas represents a curious glance in the life of the famous painter from Cento Giovanni Francesco Barbieri, Guercino who is depicted while is embracing with the right hand a dog seated at the center of the composition, pointed out by Guercino’s himself. An older woman also takes part of the scene is recognizable as Elena Gisellini, mother of Guercino. She is portrayed with a large key pending from the waist, a detail which confer her the status of “master of the house” and many sources describes the great affection felt by Giovanni Francesco for his mom.

An interesting detail can be found in the portrait of Guercino, where is clearly visible the serious deformity which affected his right eye, and the reason for his nickname. This imperfection was never emphasized in other portraits, as appears here. Reasonably, Guercino wasn’t keen of being portrayed with his real physical condition, but in this painting that inhibition seems to disappear. This aspect, added to the joyful and confident atmosphere characterizing the work, suggest us to find its author within the Guercino’s inner circle and the canvas was exclusively meant to decorate his private house.

The attention for details is well reflected on the delicacy of the lace decorating Guercino’s dress, which suggest us to attribute this painting to the master’s younger brother, Paolo Antonio Barbieri. He was an assistant in the workshop, specialized in “Still Lives”, as well as the bookkeeper of the family business: he started and looked after the so-called “Libro dei Conti”, the account book he meticulously adjourned until his death, in 1649.

By the way the real protagonist of canvas is not Guercino, but the dog he’s indicating with his finger, precisely a Lagotto, an ancient breed of water retriever dog, originally from Romagna. The animal is embellished by a particular collar, decorated with lilies and the emblem of the Farnese family, from Parma. Considering that as a not casual reference, the dog depicted was probably a gift for Guercino from the Dukes of Parma to thank him for the only commission they gave him: the frescos of the dome in the Piacenza cathedral. This detail allows us to date this painting around 1627.