Jupiter and Mercury reveal themselves to Philemon and Baucis 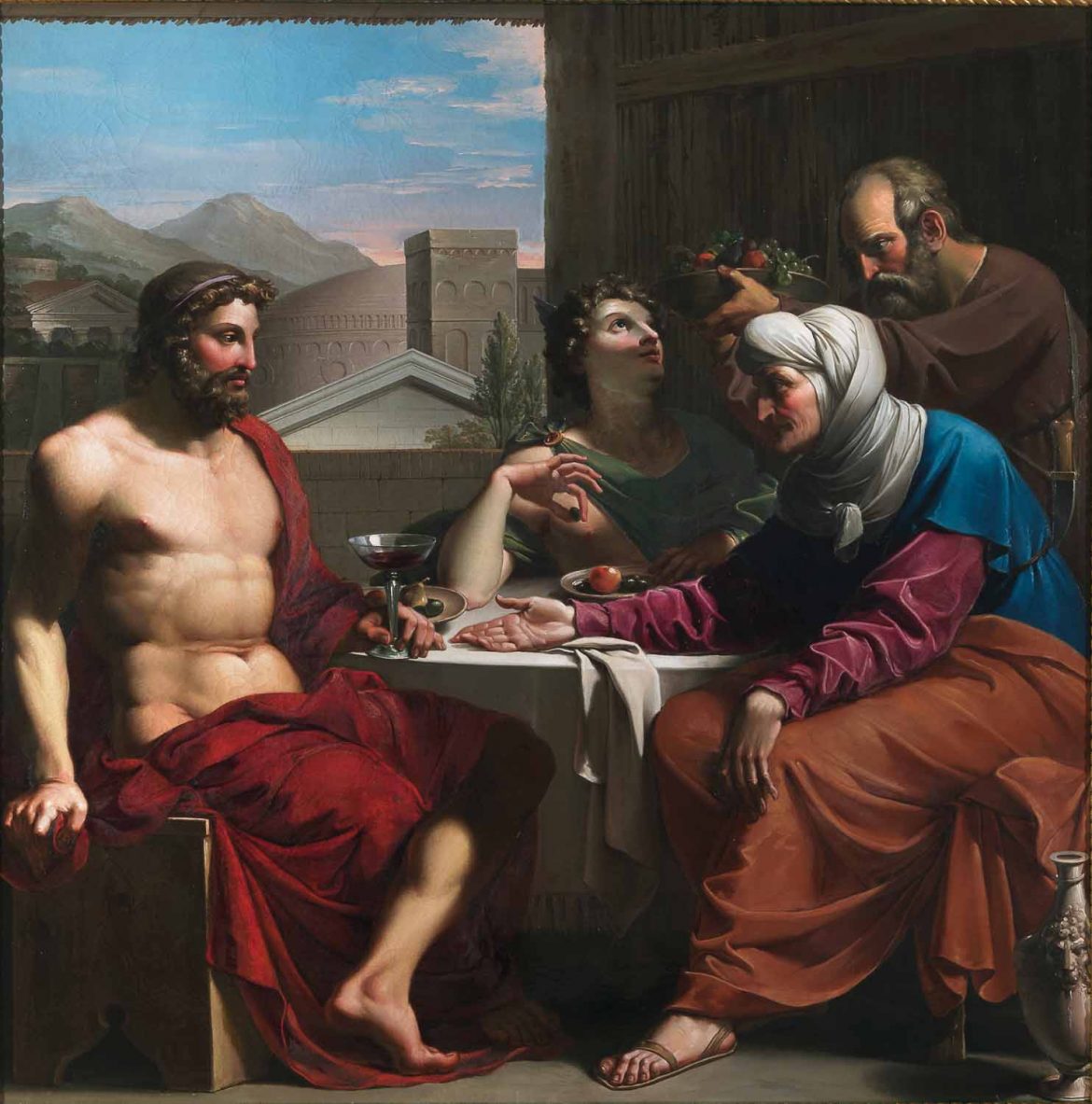 Jupiter and Mercury reveal themselves to Philemon and Baucis

The elaborated composition on this canvas narrates an episode included in the 8th book of the Ovid’s Metamorphoses: to test the generous character of the humans, Jupiter and Mercury descended on the Earth, in a small town of Phrygia, dressed up as modest pilgrims, seeking for hospitality and some food. After being refused by the wealthy residents several times, they finally found hospitality in the poor wooden shack belonging to an old married couple, Philemon and Baucis, who also divided their humble food with the travelers. The two gods, touched by this sincere generosity, revealed their divine nature and took the old couple to a hill dominating the town. From there Jupiter, angry for the lack of humanity of the townsmen, launched terrible plagues which destroyed the houses of the rich and killed the habitants. Only the wooden house of the two elders remained intact and immediately turned into a great marble temple of which Philemon and Baucis became priests and custodians for the rest of their lives. Jupiter, remembering their generosity, also allowed them to end their lives at the same moment, in order to avoid each of them the suffering from the loss of their beloved one. On this canvas is reported the moment when Jupiter and Mercury are revealing themselves as Olympic gods while they are eating the poor meal. Donatella Biagi Maino attributed this painting to the Bolognese Giuseppe Santi. He attended the Accademia Clementina in his own city; there he met the master Ubaldo Gandolfi, who invited him to join his workshop as assistant where Santi could absorb the classical artistic tradition of the Bolognese school, started with the Carracci’s Accademia degli Incamminati, as well as finding inspiration in the neoclassical style of one of its major representatives: the French Jacques-Louis David. Santi certainly found inspiration for his mythological scene from the samples of virtues found in David’s images, also for the classical building in the background, but the characters’ composition, more compact respect to David’ style, is not just a good narrative cunning, but also reveals a Santi’s capacity to adapt himself to his client’s requests.