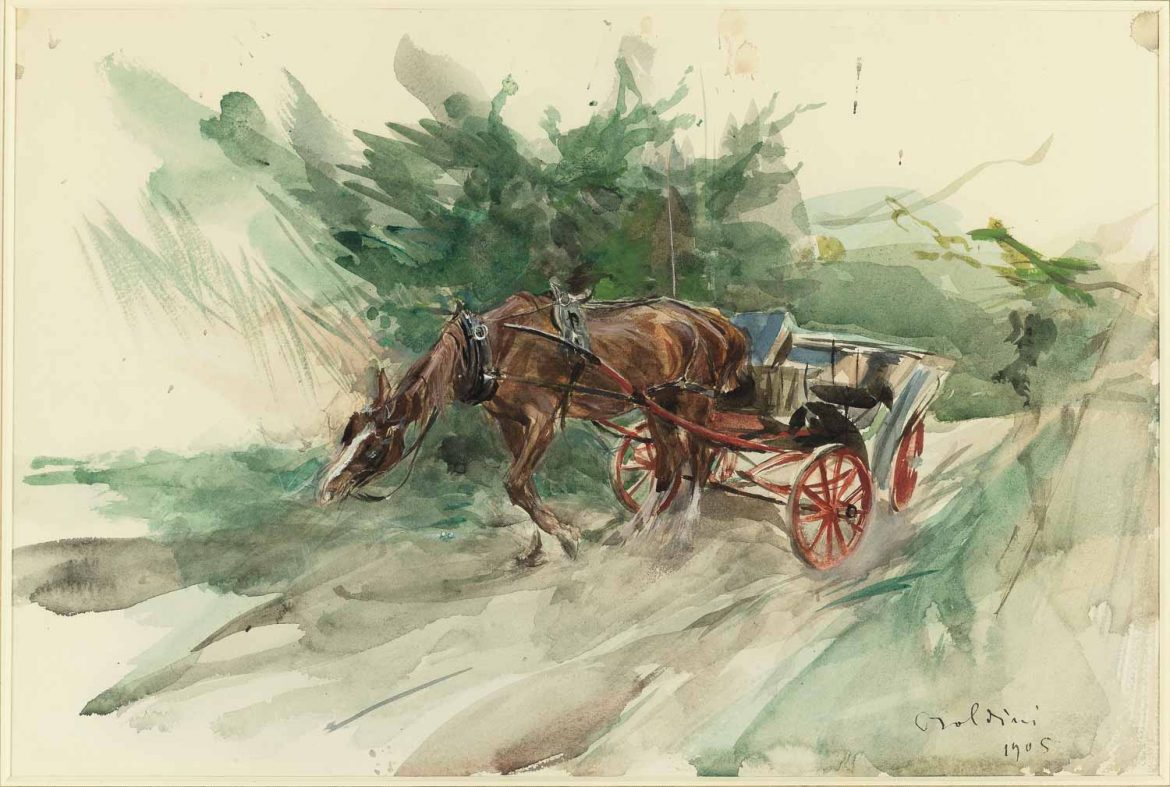 This painting was made in Paris, where the Italian painter lived, right at the top of his career. During the years of the so-called Belle Epoque, Boldini greatly established his fame thanks to elegant portraits of women, which were extremely fashionable at that time among French socialites. However, despite having this kind of fame, Boldini did not restrict himself to portraits. In fact, he liked being en plein air to capture the world around him, as shown by this carriage drawn along the road by a Baio horse in the French countryside.

This subject was indeed quite unusual in the 20th century, for artistic production mainly depicted a world of glamour and pleasure of life. However, we should not forget that Art Nouveau often concealed a deeper allegoric message, despite having an apparently frivolous style.

With reference to this specific work, it could well be seen as a visual representation of the most famous lines of Giovanni Pascoli’s poem ‘La Cavallina Storna’, belonging to the collection of ‘Canti di Castelvecchio’ published in 1903, two years before this painting was made.

The way this horse slowly and grievously draws an empty carriage in a miserable atmosphere, even further emphasized by dark and dull tones, might be a homage to the famous lines of the poem, where the Italian poet evocates the death of his father, who had been mysteriously assassinated on the way back home: ‘O cavallina, cavallina storna, che portavi colui che non ritorna…’