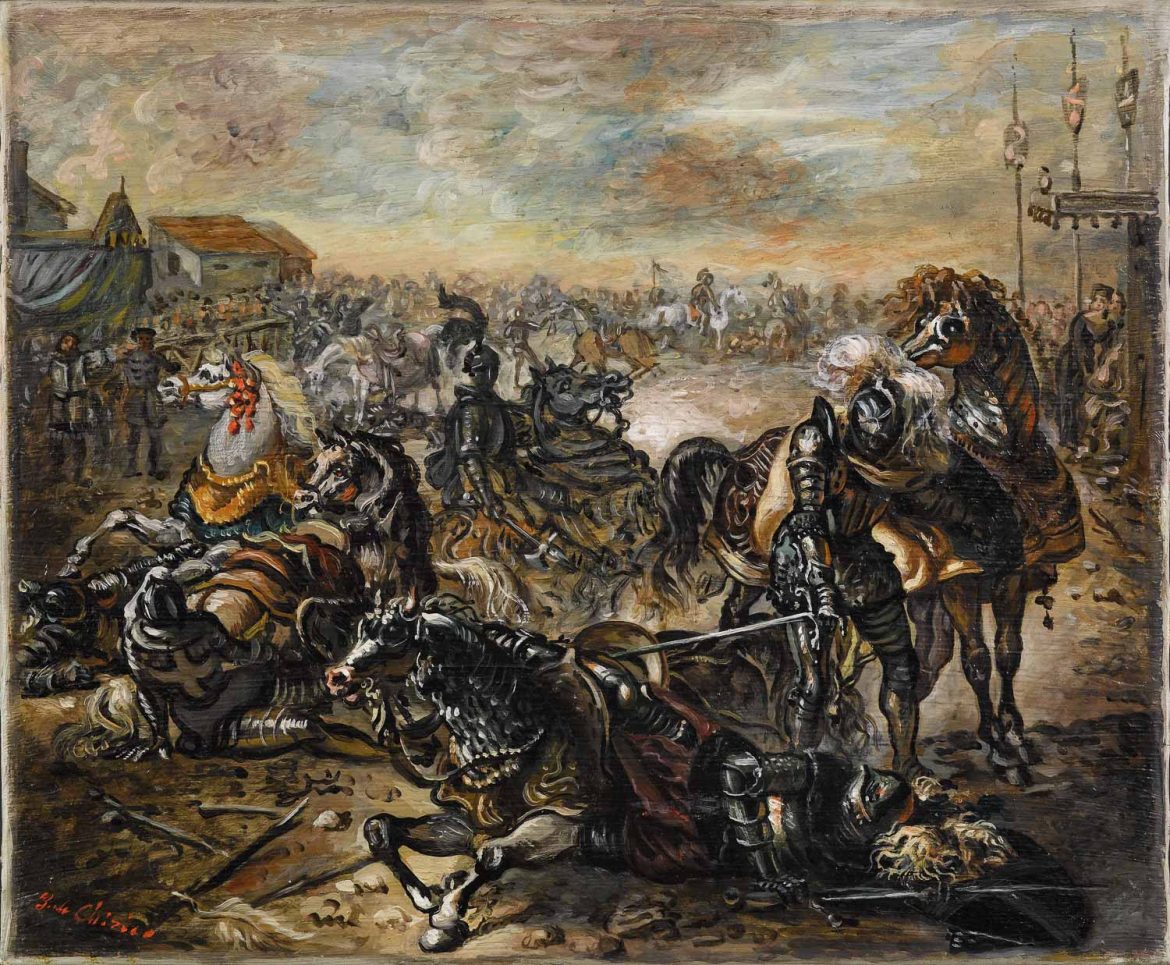 The battle, as expression of the most basic human instincts, has always hold an appeal on the collective imagination, particularly among artists, for its capability of being, at the same time, the highest expression of the historical narration as well as an important collection of emotions.

Writers and painters have always found inspiration, describing the war brutality, particularly to make immortal a determined moment in history or to celebrate the great conquers of the past.

A very fortunate topic particularly in the 17th century, because of its capability highly dynamic from the main points of view, the composition, the colours and the style.

Rubens and Pietro da Cortona, together with Jacques Courtois (called “Borgognone”) were among the great performers of a genre, able to renew itself through the centuries.

Giorgio de Chirico watched straight to this heritage when produced this picture at the end of World War II. A moment of renaissance, not just materialistic but especially intellectual, whom de Chirico wanted to celebrate, paying honors the great masters of the past through his production in that decade. Despite of he was a painter extremely attentive to innovations and experimentations, he never forgot the lesson of the masters, particularly Rubens. It is de Chirico himself to write it on his memories: how it remained stroked by the “Abduction of Leucippus’ daughters” (today in Munich) and how this painting contributed to his artistic maturation.

An influence visible on this canvas, where the sufferings of the dying men and horses are emphasized by thick but rapid brushstrokes, accentuating even more the dark atmosphere, dominated by the death of those living beings. Probably an allegorical transposition of the cruelty de Chirico has seen recently, during his experience in the World War II.