Genre scene next to the Traian Column 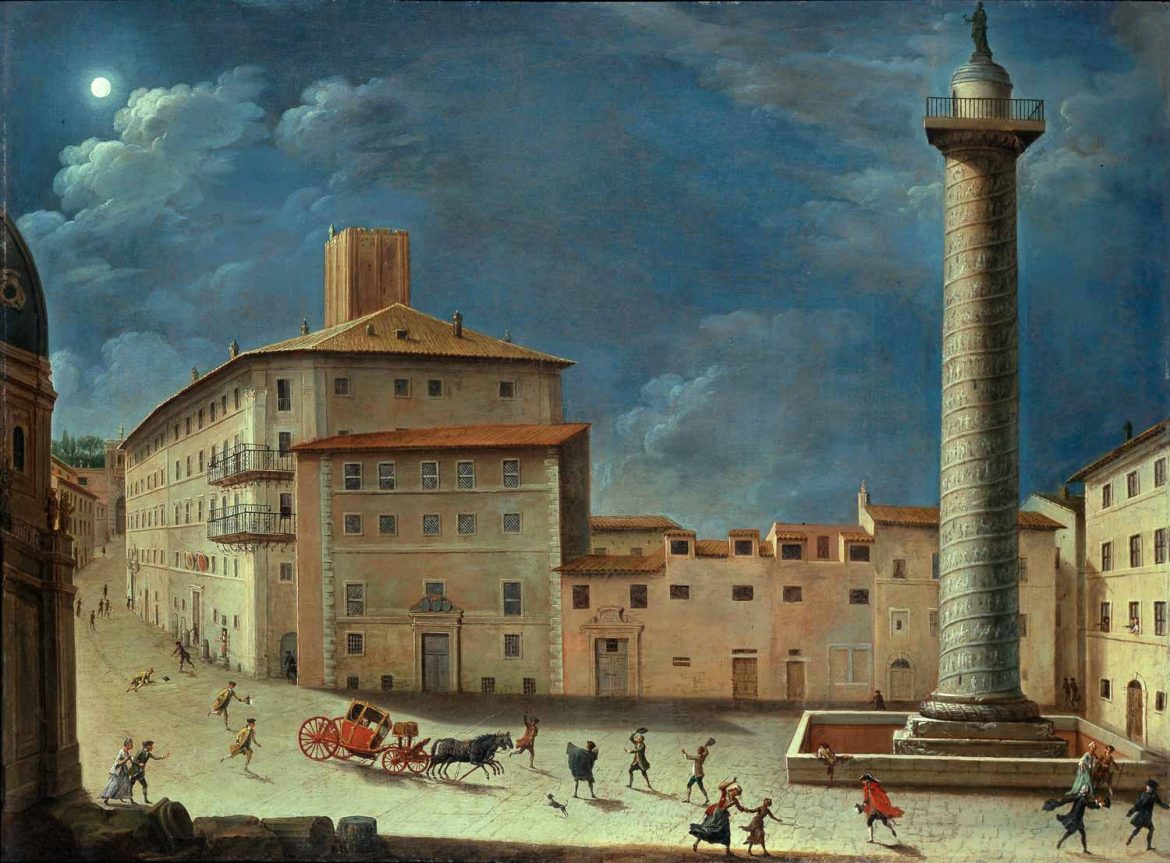 Genre scene next to the Traian Column

A coach with runaway horses and the fallen coach- man near the Trajan Column, visible in its entirely beauty. This is the peculiar subject of this painting, by Giacomo Van Lint and datable around 1770. The piece is fairly representative of the artist’s work, as all is personal qualities are evident here: like a fine analytical technique and clear brushstrokes that distinguish it. Above all, the suggestive theatrical atmosphere characterizing all his works. An element which is here express through the nocturnal environment of the scene. Giacomo Van Lint was not a very prolific painter and was only known for about forty pieces, but he was descending by a Flemish family of painters: his father Hendrik was a famous artist, assistant and associate of Gaspar Van Wittel in Rome, where he moved in young age from his native Antwerp. While Giacomo’s grandfather, Pieter Van Lint, also a painter, worked mainly in the Flanders.

Son of painter Hendrick Van Lint, Giacomo originally followed the artistic genre of his father, then developed his own special persona through the choice of his preferred subjects which included Piazza Navona, the Quirinal Palace, Piazza del Popolo and the Castel Sant’Angelo, and in the point of view he managed to give it to this views as well as numerous other views from the bridges of the Tiber and of ancient Roman monuments, differing from his father who instead preferred rural landscapes. In several coastal views his style was, however, the style of Giacomo was so similar to his father’s that it is only thanks to his signature that these works can be definitely attributed to him. Following the death of his father, who he used to sign his painting as “lo Studio”, Giacomo assumed the pseudonym “Monsù Studio” to carry on his father legacy and create an artistic link. Giacomo became famous especially among foreign collectors, as evidenced by the presence of many of his works in European and particularly English art collections.