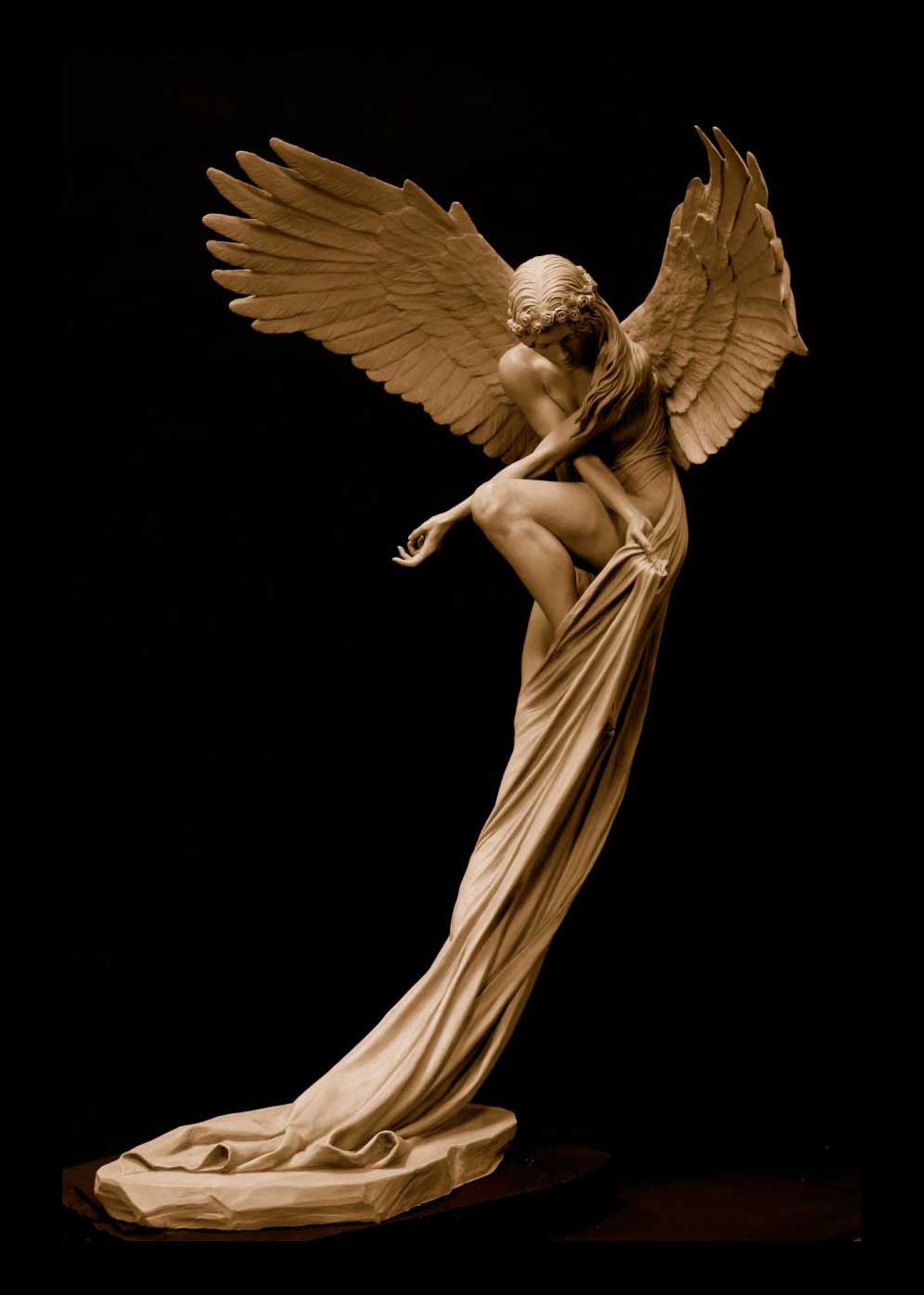 BENJAMIN VICTOR (1979 – )
The Angel
Bronze
There is no better person to talk about the meaning of this work than its author, the American sculptor Benjamin Victor. In a statement he sent to the Foundation, he talks about the iconological significance of this sculpture.  “Together with the famous photographer Christopher Peddecord, I met some professional dancers to take pictures of them as models for my sculptures. This Angel was inspired by the photos taken of the model and dancer Dayna Marshall. I was amazed by the way in which he was able to twirl in the air without any apparent effort, and at the same time being able to perform dynamic and at the same time soft poses. In my mind I thought of an angel with outstretched wings, floating without any weight and using the lines drawn by his fluid gestures, I composed this sculpture.

The romantic concept of the Angel speaks to us of love and death, of beauty and fragility, of timelessness and temporality. Just as a visual paradox is certainly the contrast between the young and beautiful features of the angel and his austere pose. He is a passionate but at the same time spiritual figure. It is both celestial and human to indicate that we are all both: human beings and spiritual beings as well. ” (B. Victor, 2019)

Stylistically, the work is inspired by European art of the first half of the nineteenth century and in particular by the stylistic features developed in England by the Pre-Raphaelite current, with that language free from academic constraints and dedicated to unusual subjects, linked to the sphere of courtly sentiments , so dear to Romanticism, such as Glory, Love, Repentance and Death, as specified by the artist himself. At the beginning of the nineteenth century, the figure of the Angel becomes central to artistic iconography, merging with the other great figurative element prevailing at that time: the woman.

In that period, the two figures merge and often get confused in their meanings. The female image is seen with the dual significance of a symbol of purity and eternal damnation. Antipodes of this stereotype are in fact the Virgin Mary and the progenitor Eve, both celebrated by this artistic current, albeit in a more secular way than in the past. As well as the image of the Angel, which always has feminine features – or at least ephebic – which simultaneously becomes a symbol of both innocence and purity, but also of death: a metaphorical personification of the passage between earthly life and eternity.