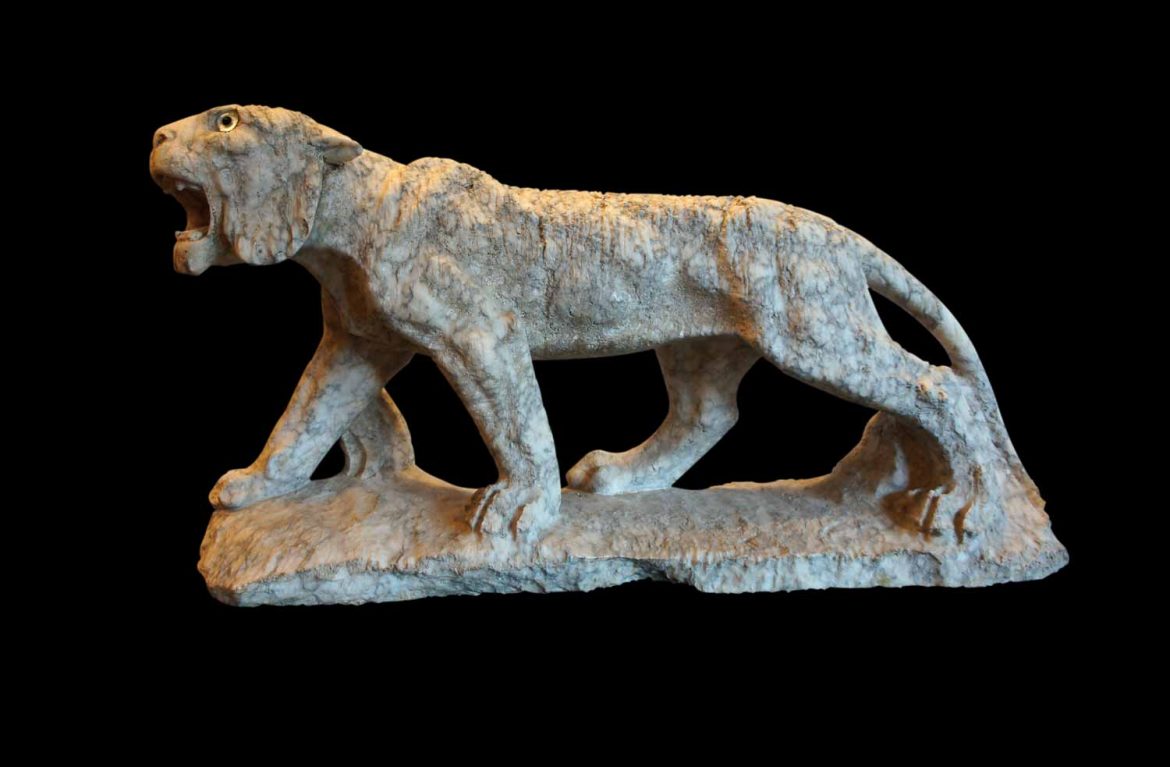 The Collection of Fondazione Sorgente Group boasts another sculpture connected with the Dionysiac world: an intact tiger, carved in Green marble, showing nevertheless great care in the treatment of both details and anatomical features. The tiger is captured, with great realism, in a moment of aggressiveness: the squared snout – with modern eyes added – has a minacious appearance, conveyed by the wide open jaws from which emerge the canines, now broken away, but originally standing vertically; the rounded ears are lowered and held backwards, in the typical position of a feline ready to attack; we must note the rendering of the heavier flesh falling from the cheeks. The fore and hind legs are well grounded, and they seem to have been portrayed in a moment when, while moving forward, they freeze, as if the animal was facing some kind of danger. Noteworthy is also the plinth, which is carved in imitation of a rough ground from which stem the trunks supporting the feline’s legs. The upper part of the body shows an interesting manner of carving, to create the volume of the vellum, together with a strong corrosion, whereas the legs are smooths. Quite complicate is the chronological setting of the sculpture which can be placed around the 2rd century AD.