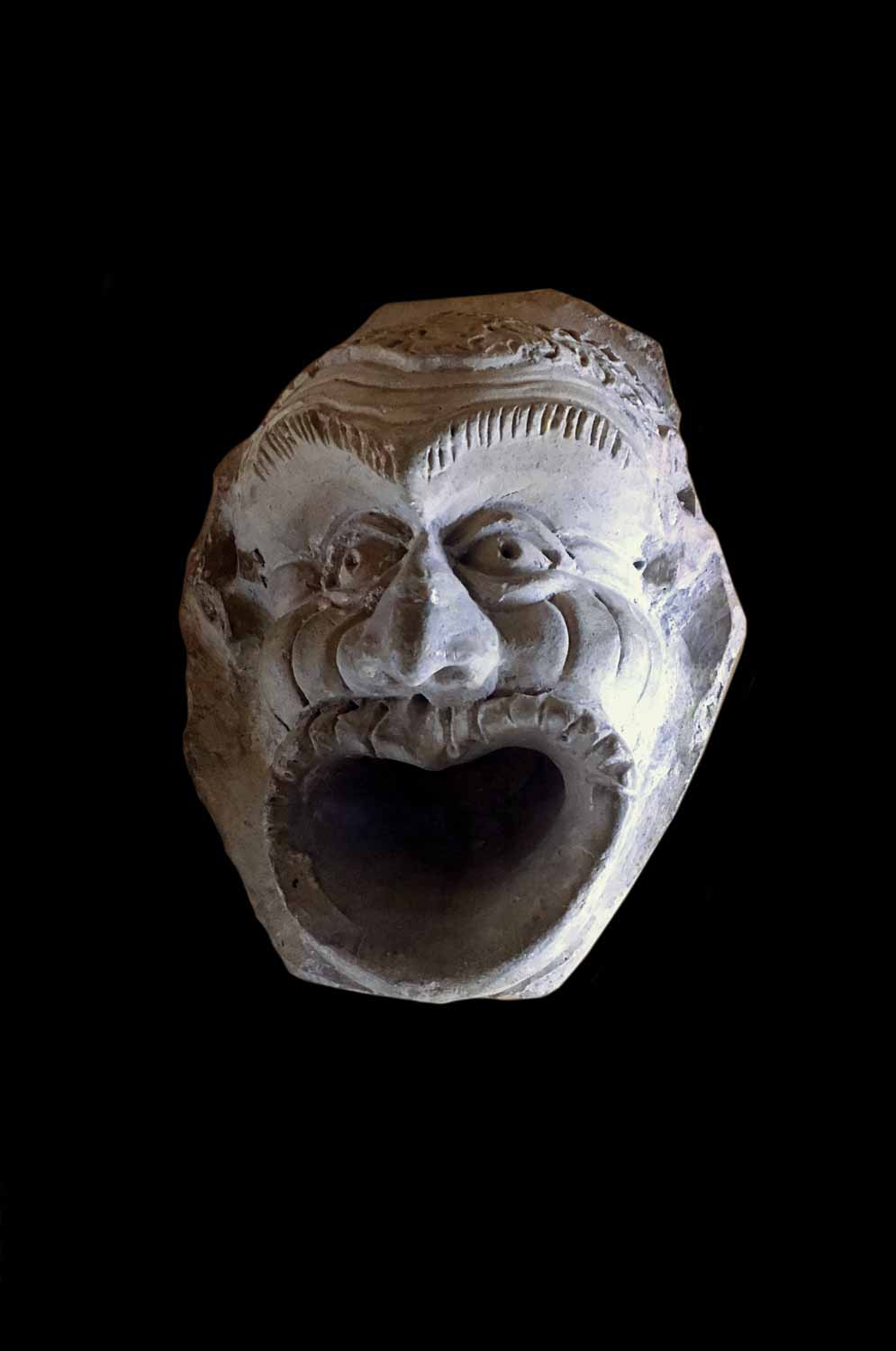 Terracotta theatrical mask used as a drip tray, as shown by the treatment of the wide-open mouth, where the eave was passing; while the hole of the mouth is decorated with wrinkled cheeks and a curved lip on the upper edge, outlining the large, crushed nose with dilated nostrils. Eyes are wide opened with ocular globe in a deep relief and engraved pupils, while there is a large arch of protruding eyebrows above, reducing the corrugated forehead. As shown in this Fondazione exemplar, the theatrical mask had become one of the most common motives not only for the architectural decoration of theatres, in fact they were commonly used as drip trays too, as well as on the cymas of the domus’ peristyles, in Rome and Pompeii.