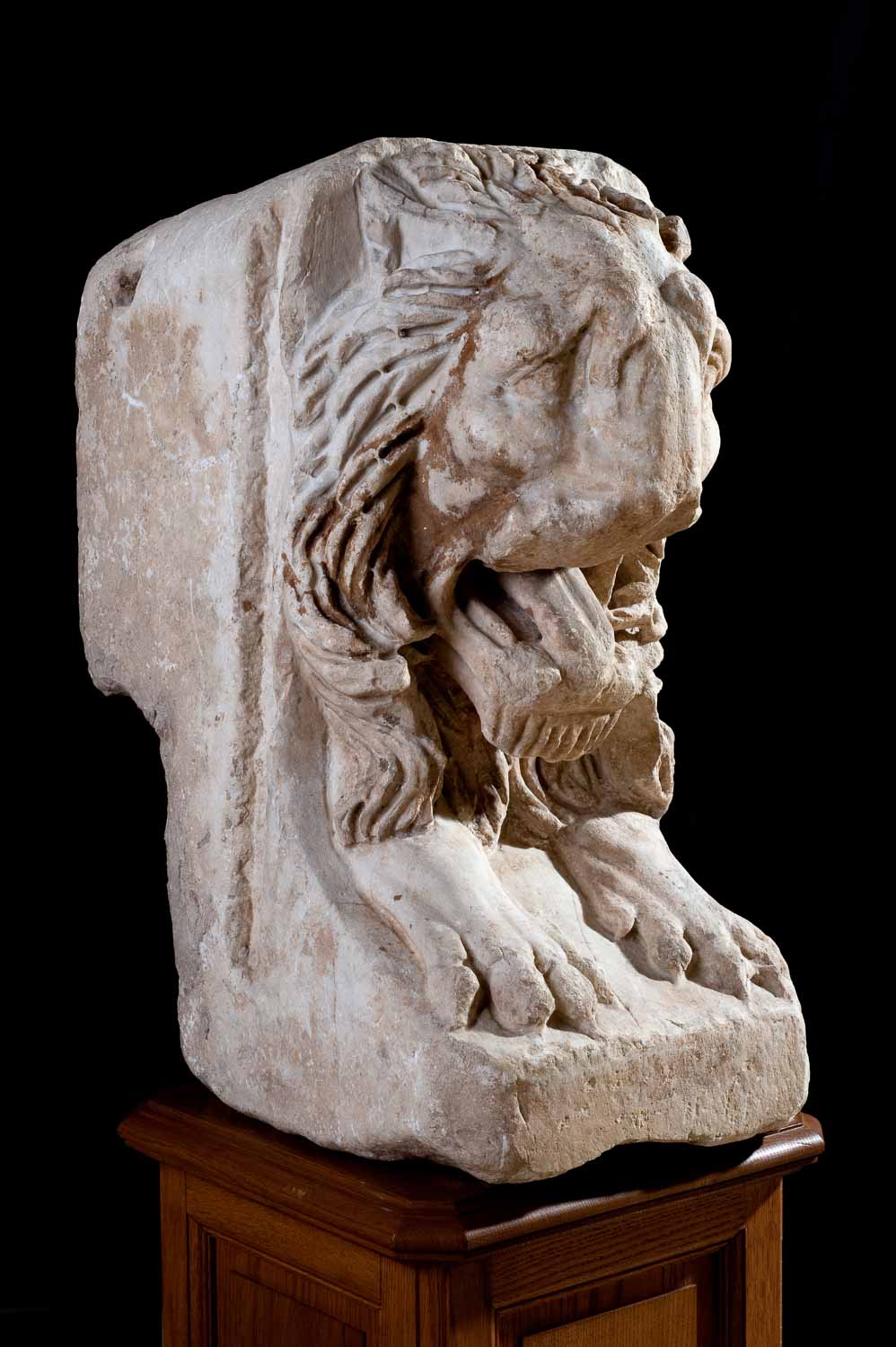 The sculpture consists of an ancient rectangular block of white marble with the upper part sculpted into the protome of a lion, fiercely bursting out with open jaws and front paws outstretched and pointed outward. The feline is distinguished by a thick mane less shaggy at the top of his head and fuller with curly locks on the sides, sculpted and well defined by the use of a drill; the powerfully projected muzzle is depicted in an expressionistic manner with pronounced masses and deep grooves. The furrowed muscles of the forehead contract, emerging from the surface with the bulging arched eyebrows. The sides are untouched while, interestingly, there is a hole near the top connecting the opening of the jaws to a groove on the right side. Prof. Antonio Giuliano in his research (Antiqua statua Tygridis fluvii marmorea, in Studi normanni e federiciani, I, Rome 2003, pp. 225-228) identified the piece with the lion protome as one that appears in a drawing by Marten van Heemskerck under the arm of the River Tiber sculpture located in the Piazza del Campidoglio at the foot of the double staircase leading to the Senate Palace and the statue of Nilo. The sculpture then disappeared and was replaced by the restoration of the wolf with twins. The lion protome in its original location would have been used at the market, most likely for donations that took place in Piazza del Campidoglio throughout the Middle Ages. The groove on the right side would have been connected to a wooden conduit that closed off the basin storing grains, which, through the top groove, were passed through the hole in the jaws.

Since the marble is extremely old and both the iconography, treatment of surfaces and the use of a drill take inspiration from ancient practices, it probably dates from the 3rd century AD with reworking in the 14th century when it was added to the Tiber sculpture, while Giuliano claims that the sculpture was created under the papacy of Boniface VIII for the Jubilee of 1300.