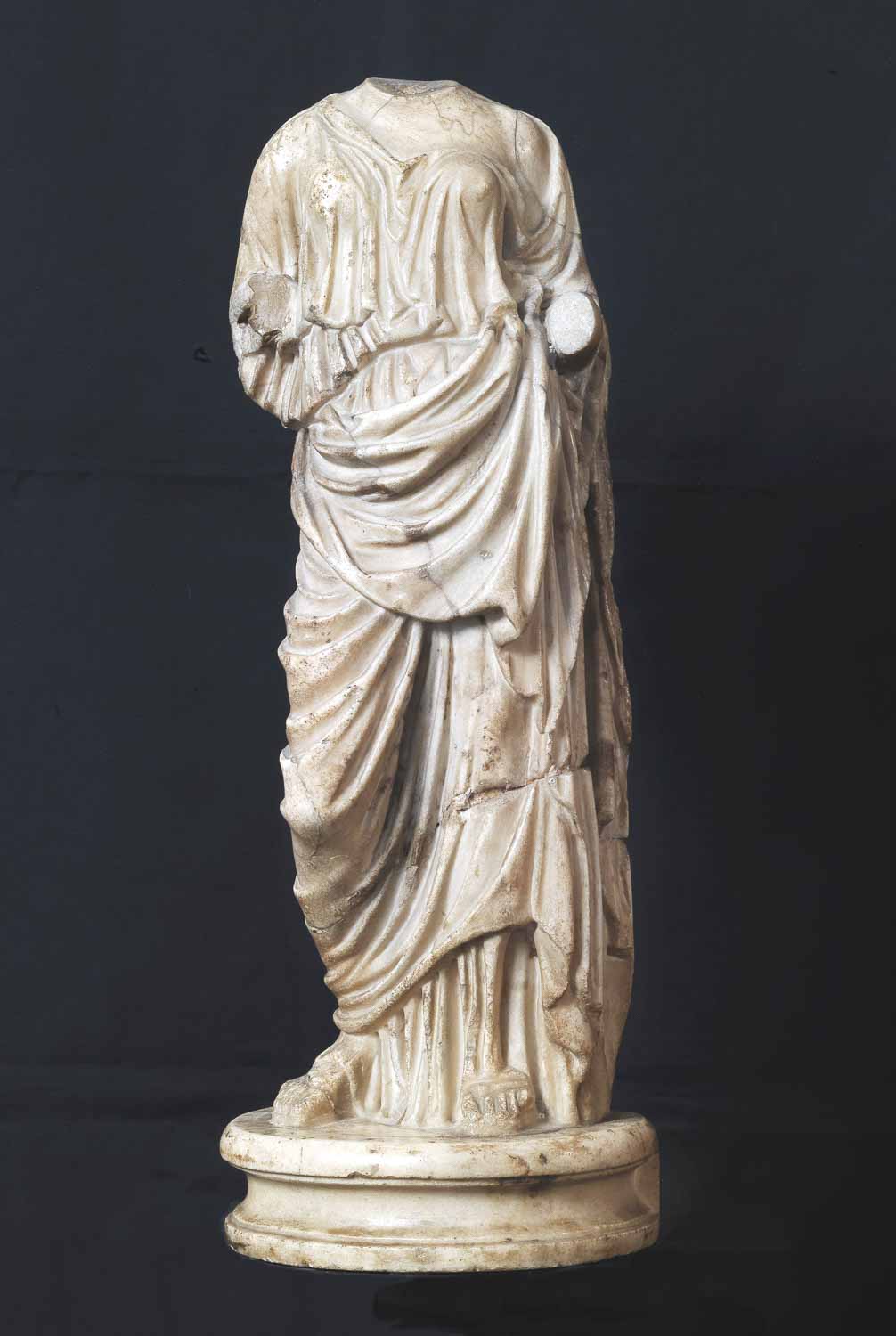 A sculpture representing a feminine figure wearing a long Chiton with sleeves and an Apoptygma with several thick folds to emphasise the shape of the breast and the body, leaving only the left shoulder naked. A heavier coat (himation) is covering her left shoulder, wrapped around the body down to the waist and folding again into a triangular hem on the front. Both the forearms are missing, as well as the head of which remained just the hole for the pin. The balance of the weights is influenced by Polycleitus in the alternation of the right flexed leg, detached from the body by the bust movement, and the head looking left. This sculpture can be included in the wide production of draped feminine figures representing various goddesses, identified by few iconographic elements like the balance of the weights, the movement of the arms or the neckline of their dresses. The small size of our statue reproduces a well-known prototype with the same care to the formal work. Considering the weight-balance and the naked left shoulder, the sample closest to our statue is the famous Hera Borghese, which is different just because of the right arm, laterally raised to hold a long scepter. The position of the arms, both leaning down the pelvis and clearly flexed, takes us to a Greek classic sculpture: the so-called “Abbondanza Grimani” (Venezia, Museo Archeologico Nazionale) which is dated the second half of the 5th century BC, reminding of Phidias and his disciple Alcamenes’ schemes and style. Even closer to our statue, for the softness of the drapery, the natural movements of the hips and the balance of the weights, are other sculptures on the type of Syon House – Munich.

Therefore, our statue corresponds to the many productions of draped feminine figures of the 2nd century AD, descending from Greek art of Phidias from the 5th century BC, changing just a few details within a harmonious entirety.