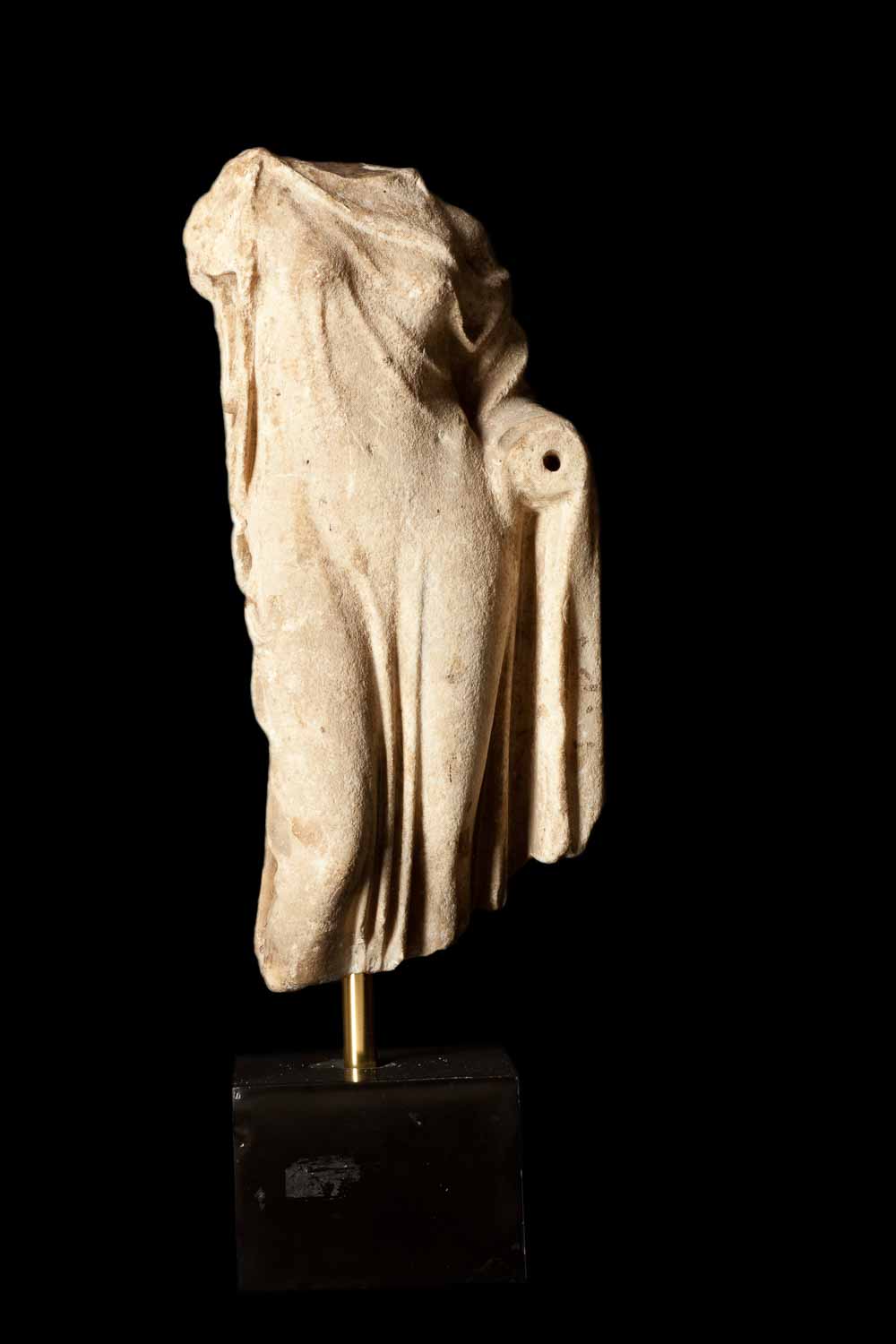 A marble statue depicting the goddess Venus, following the iconography spread in many others sculptures of different sizes, especially during the Roman age from the 2nd AD. That iconography archetype could have been originated from the bronze figure by Callimachus who created a worship sculpture of Aphrodite for the temple of Corinth perhaps, or for the Agora of Athens or the Troezen’s one. The divine, frontally standing figure is elegantly and sensually represented, dressed in light and tight clothes, which allow us to see the harmonic proportions of the body. This sculpture shows an influence of the Polyclitus’ standards; the particular care of the clothing’s folds represents a recall to Phidias’ works.

The iconography has been recognized as the Aphrodite protector of the brides on their wedding night. The best exemplar of that is certainly the Frejus (also known as Louvre – Naples) Aphrodite, 1st cent. AD, today at the Louvre, in Paris. Throughout the centuries this model has been repeated so many times to suppose that Callimachus’ Aphrodite was an inspiration for the “Genetrix Venus” sculpted by Arcesilaus as a worship simulacrum, which was commissioned by Julius Caesar for the goddess’ temple, in his forum. For that reason, many copies of that statue were carved, as a symbol of political and imperial propaganda. Even wider was that production during the Hadrian Age, following the worship the empress Sabina demonstrated for the Venus Genetrix, to the point of being represented as the goddess herself. This small statue maintains the same attitude and structure of the archetype: the left arm stretched ahead, slightly bent to hold the pome. The right one is bent upward, lifting a fabric edge on the shoulder. The variation on our model consists on the left breast covered by the dress (on the original archetype it is exposed) as it was regularly used with portraits of the empresses, which are unfortunately missing in our statue.