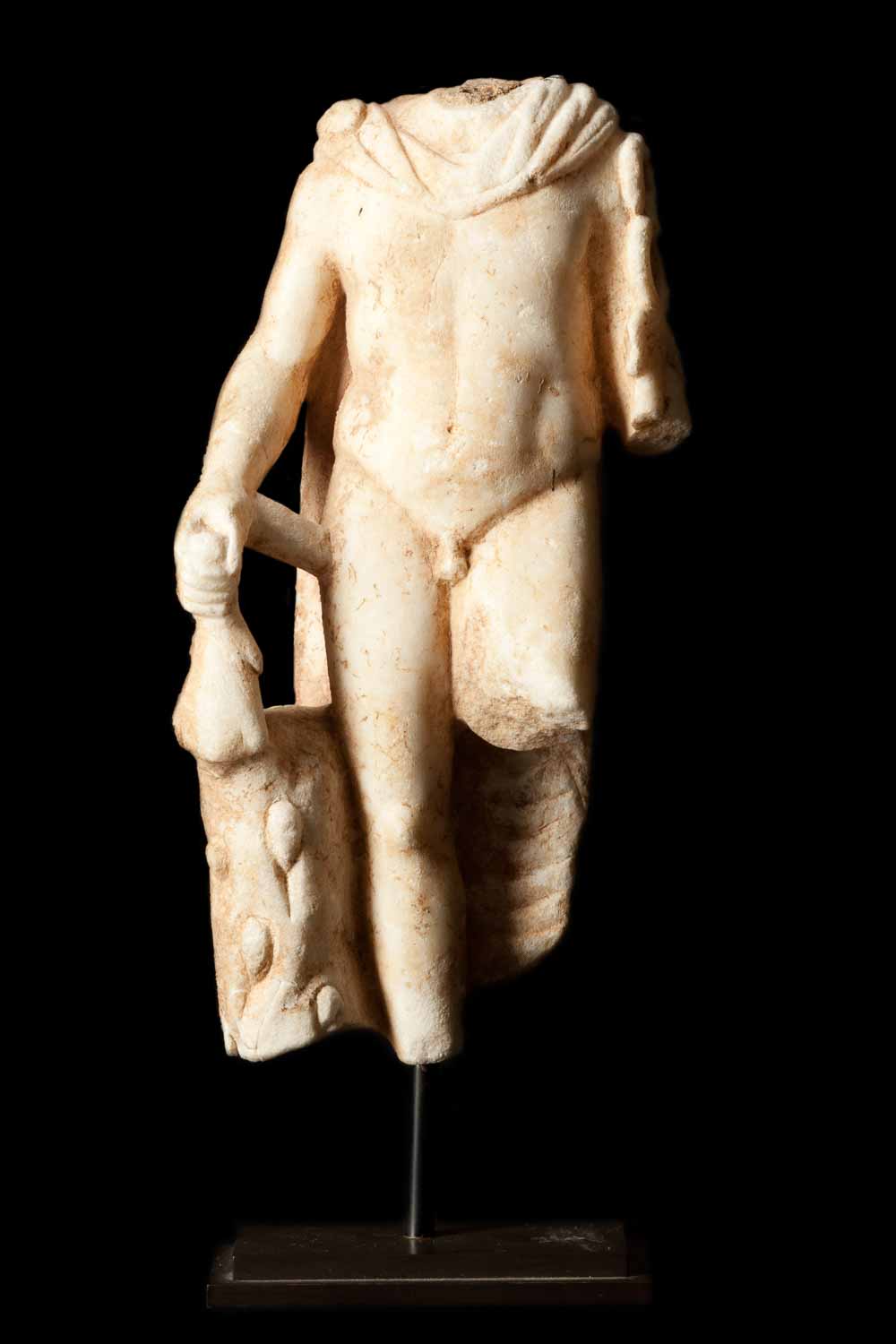 This small sculpture is missing in few different parts: the face, one hand, part of the left forearm, and of the right leg. The left leg down the knee and the base are also missing. It is a male nude figure standing, clearly identified as Mercury for his features. The god is nude, frontally erected, the left leg is supporting the weight, while the right leg, largely missing, is probably in rest position, because of the lowered hip. In the left hand stretched forward, he is keeping the marsupium (a bag with coins), representing him as god of trading, In the right one, resting down the side, he probably sustained the caduceus, as shown by the traces on the stretched arm, as well as many copies of this iconography on different supports, like reliefs, engravings on cameo and especially on the little bronze statuary. The cloak is fixed by a circle buckle on the right side falling behind the shoulders, while in other exemplars the cloak is leaning on the left shoulder only, dropping down the arm. The support in woody trunk shape is aside. Although simplified in its main features, the anatomy of the body is well-molded. It may be dated around the 2nd century AD.