Statue of Artemis, a variant of Dresden type 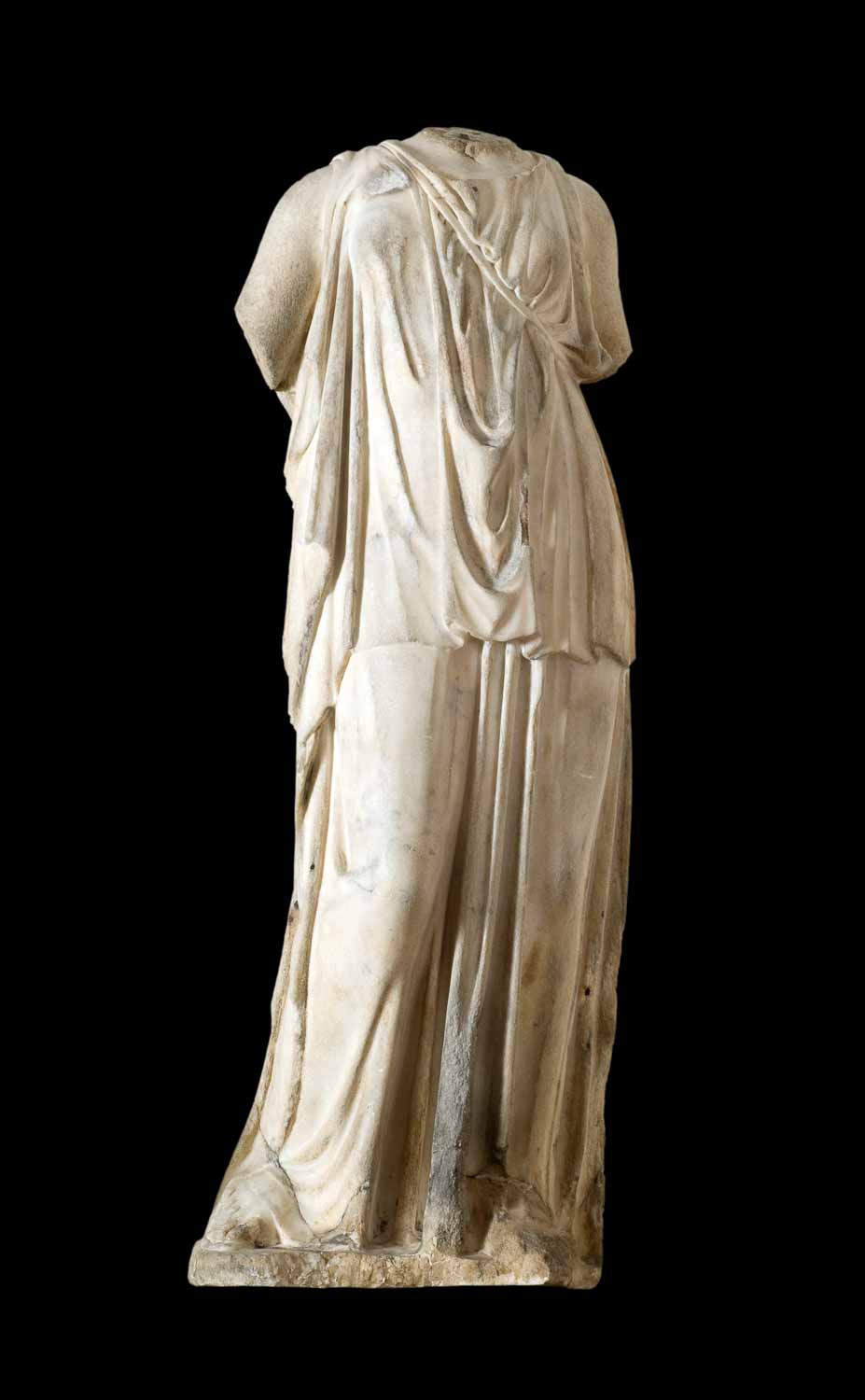 The sculpture, formerly in the Versace Collection, depicts Artemis, goddess of the hunt, wearing a long and loose beltless peplos with a baldric across her chest; the arms, now missing, were both extended and lowered by her sides as it shown by the holes for arms and neck.

The stature is thus a variant in Parian marble of a well-known statue of Artemis preserved in Dresden that, in turn, was based on an original, probably in bronze, dating from the middle 4th century BC. Unlike the statue in Dresden, whose right arm is behind her reaching for an arrow from her quiver, our figure, like another variant preserved in Munich, (Viernlisel K., (editor), Glyptothek München, Katalog der Skulpturen, II, klassische Skulpturen des 5. und 4. Jahrhunderts v. Chr., Munich 1979, pp. 293-303) extends her arms by her sides in a contemplative pose and was created based on an original produced, ac- cording with few scholars, by Praxiteles for the city of Megara around 360 BC (Moreno P., La bellezza classica. Guida al piacere dell’antico [Classic beauty. A guide to enjoying ancient art], Turin 2001, pp. 151-157).

This is an extremely valuable piece, carved from a block of crystal marble, clearly insular, and restored as is evident in the pins in her arms and neck. Dating from the Imperial Age, around the 2nd century AD it serves as proof that iconographic sculpture enjoyed great success with Roman clientele, as did small moulded pieces or gem engravings, resulting among the finest copies of the Prassitele’s work, from Imperial Age.