Portrait of Caracalla as a child 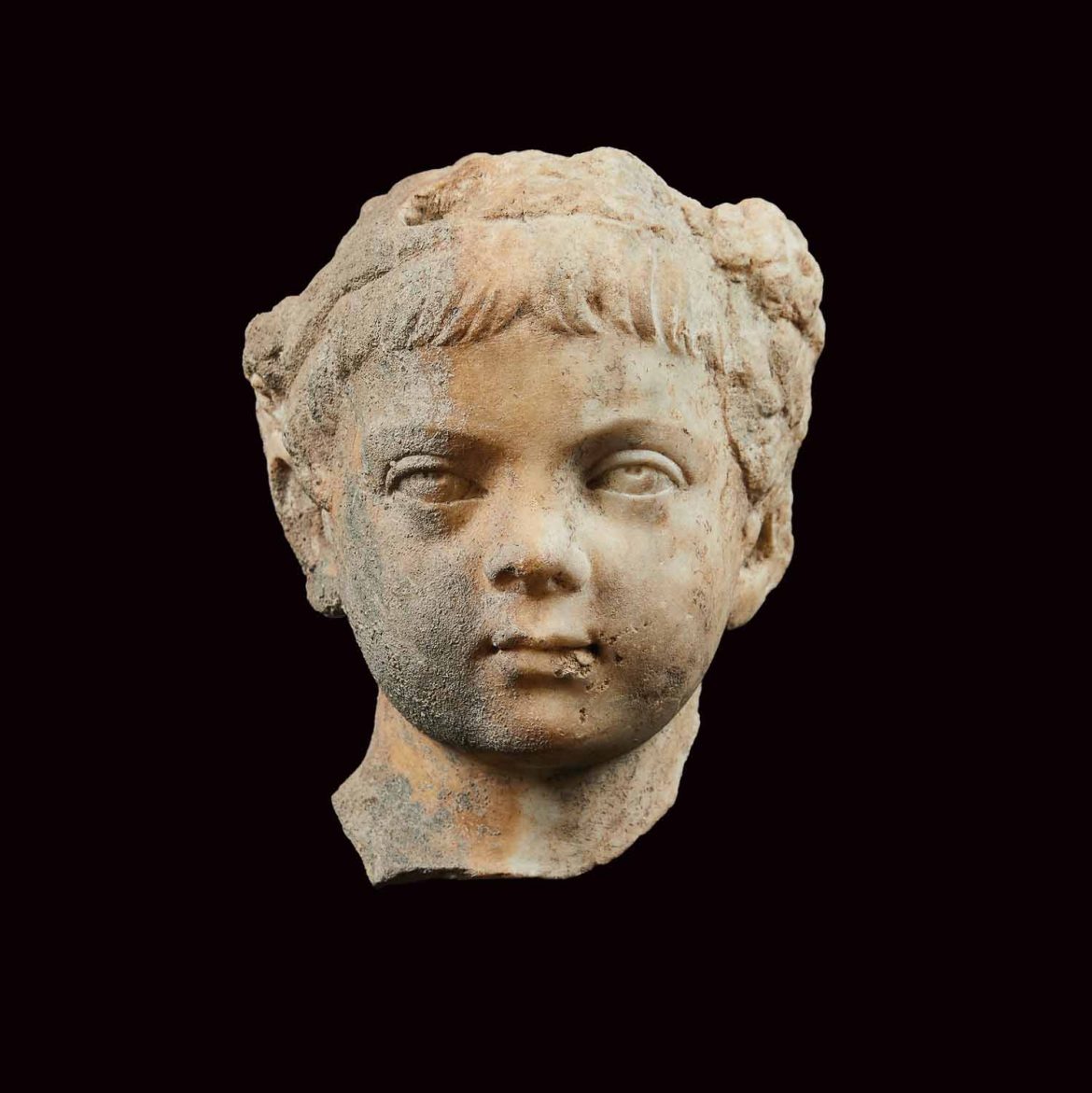 Portrait of a child made in Greek Pentelic marble with high quality features, particularly on the face’s details, whereas the upper and back parts appear to be less finished as they were supposed to remain not visible. Despite his childish aspect, remarkable is the gaze which appears already serious, austere and authoritative. His eye-pupils are carved following the traditional custom of the end of 2nd and throughout the 3rd century, at the peak of the Antonine Age, and he was recognized by Andrea Pancotti as a young portrait of emperor Marcus Aurelius Antoninus Augustus, better known as Caracalla, son of Septimius Severus and Julia Domna. He was born in Lugdunum in Gallia in 188 and when he was 10 he was appointed as Augustus by his father, starting his reigning immediately as a child, even if he gained full power only after his father’s death. This detail could justify the command attitude shown on this portrait which still presents chubby cheeks, small lips and a rounded chin, typical from this innocent age.

According to Pancotti, on the head he’s wearing a crown of laurel with berries, to confirm his imperial rank. In the same years, from 198 to 217 AD Aureus and Denarius coins featuring the right profile of the young Caracalla, adorned with a laurel crown were coined. On the known sculptures, preserved in the public collection and museums, Caracalla is always depicted as an adult, without the laurel crown, differently from what happens on the coeval coin images.