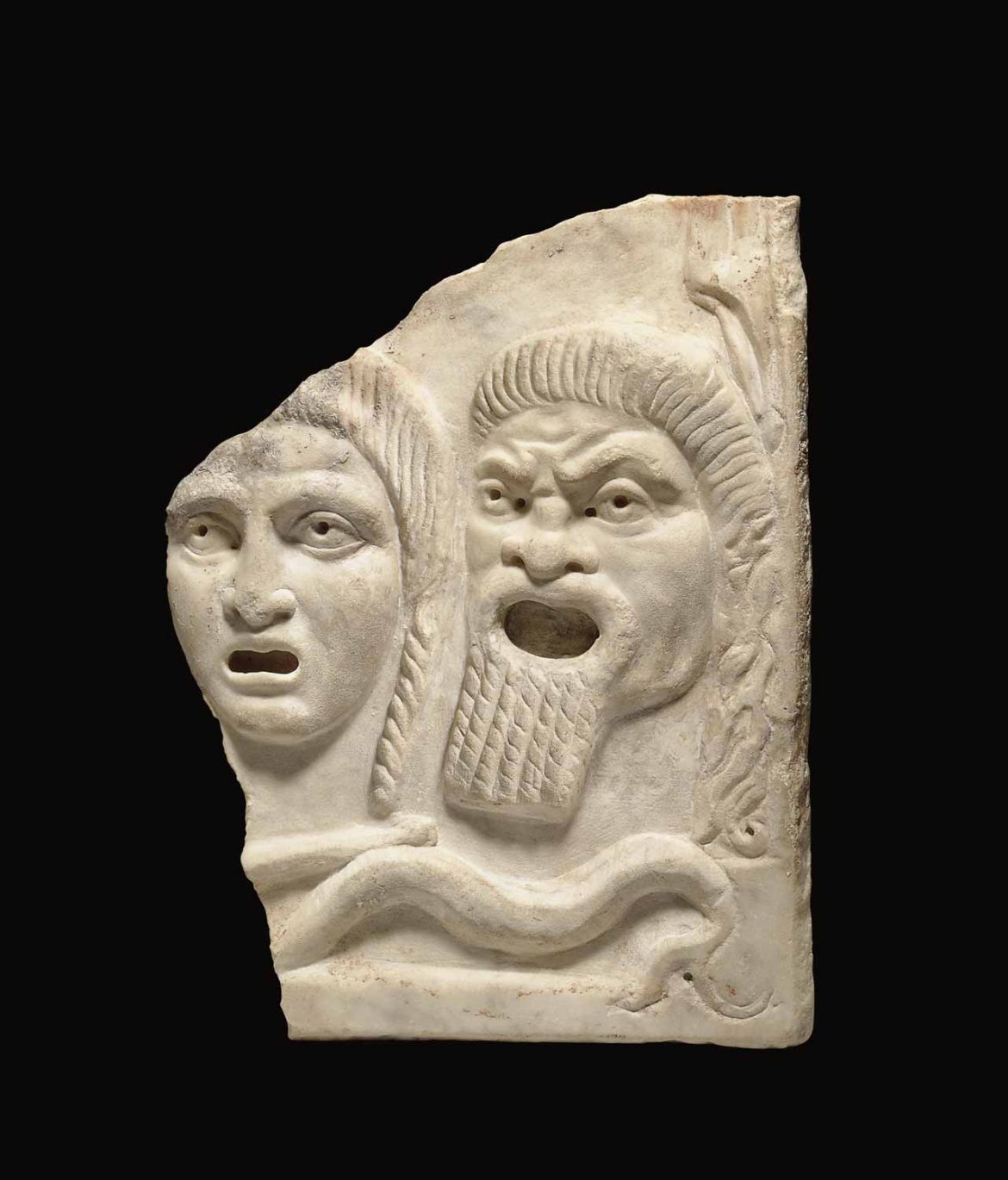 This relief with theatrical masks is a rectangular pinax, or rather a small marble square supported by little pillars, which was intended as a decoration for the peristyles of the Roman houses, as shown by several frescos, depicting the so-called Garden Painting. In this object, a large part of the right half is pre-served, where two theatrical masks from the tragedy are carved on relief: a female, with an hair-back style, the mouth opened with a large fissure, eyes wide open, with pierced pupils; the other mask depicts a male character, with long wavy hair, a beard straight and braided, an open mouth, pupils and lacrimal canaliculi deeply pierced and a concerned forehead. An undulating body of a snake is also visible at the center. On the lower right, the hedge of the pinax is well-preserved. Both the relieves described belong to a type of works created to embellish the peristyles and gardens of the roman villas and domus, residences of important members on the senatorial class, to create an environment of Dionysian inspiration. In the garden, among the well-finished branches and leaves, it was possible to find statues of the god, different sized marble relieves depicting scenes or cult objects. Favorites subjects were the protagonists of the New Comedy as the old slave, the young hetaira, the young man from a wealthy family. There were also character from the Satyrical Drama as satyrs and silenus. About this topic, Julius Pollux, a Greek erudite from the 2nd century AD, wrote the Onomastikón: a catalogue of 44 different types of comedy masks, 4 satyrical and 28 kind of different tragic masks of theatrical characters, allowing us today to identificate the personalities carved on the relieves (famous at the time and regularly played) were re-evoked. It’s possible to suppose that these objects were related to the performances of proper theatrical pieces set in the private houses, during private events and dinners. These things became more valued and luxurious, particularly after the Hannibal Age.