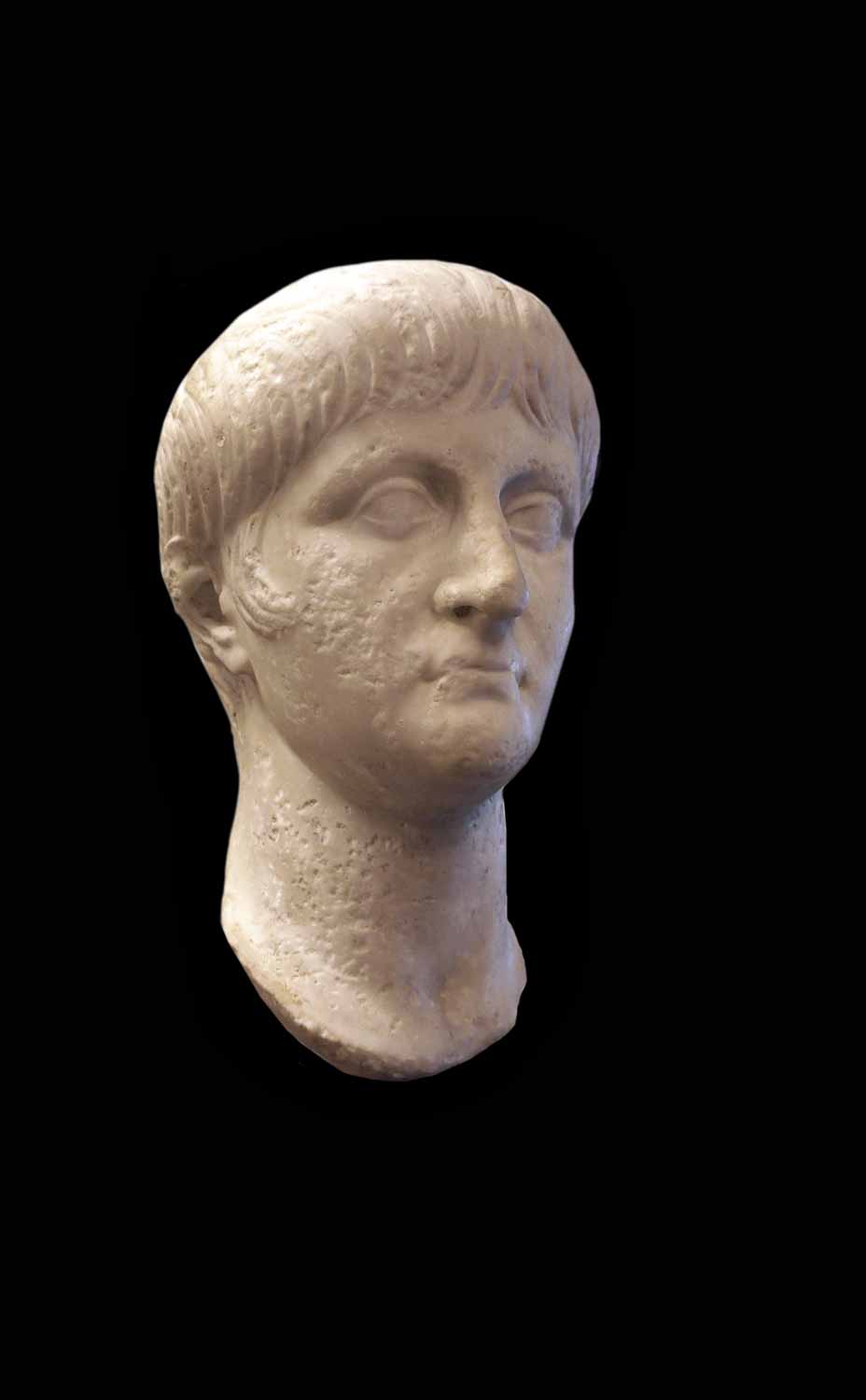 Nero was the fifth and last emperor from the Julio-Claudian dynasty, got on the throne in 54 AD, succeeding his adoptive father Claudio. Nero was descending directly from Augustus and the Gens Julia from his mothers’ side, Agrippina the Younger, daughter of the general Germanicus.

The sculpture of the Foundation shows us a portrait of the young emperor, with slightly visible sideburns, a compact cap hairstyle going down towards the eyes with few parallel and orderly locks, divided on the forehead as a fork. The eyes are big and laterally extended with orbital pads, the worn-out thin lips look shut. The typology of this portrait can be included in the second iconographical type which can be chronologically dated in the period he accessed the throne. A convincing comparison can be made with the portrait of Nero in the Ennetwies collection in Zurich (H. Jucker – D. Willers, Gesichter, Griechische und römische Bildnisse aus Schweizer Besitz, Ausstellungskat, Bern 1983, 100 f. Cat. no. 40; I. Jucker, Skulpturen der Antiken-SammlungEnnetwies, MAR 25, 1995, 23 f. Cat. no. 10 Pl. 21. 22). Others similar samples can be seen in the Archaeological Museum of Mantua and in Paris, at the Louvre, which are differentiated by the sideburns and few details in the fringe.

The sculpture’ surface appears eroded, probably due to an external conservation, but still preserving well-marked face lines, a charming gaze and all the characteristic elements of this typology of portrait, of which today there are not many antique samples known. Therefore, the Fondazione Sorgente Group portrait is a valid contribution to understand the evolution of the official image of Emperor Nero.