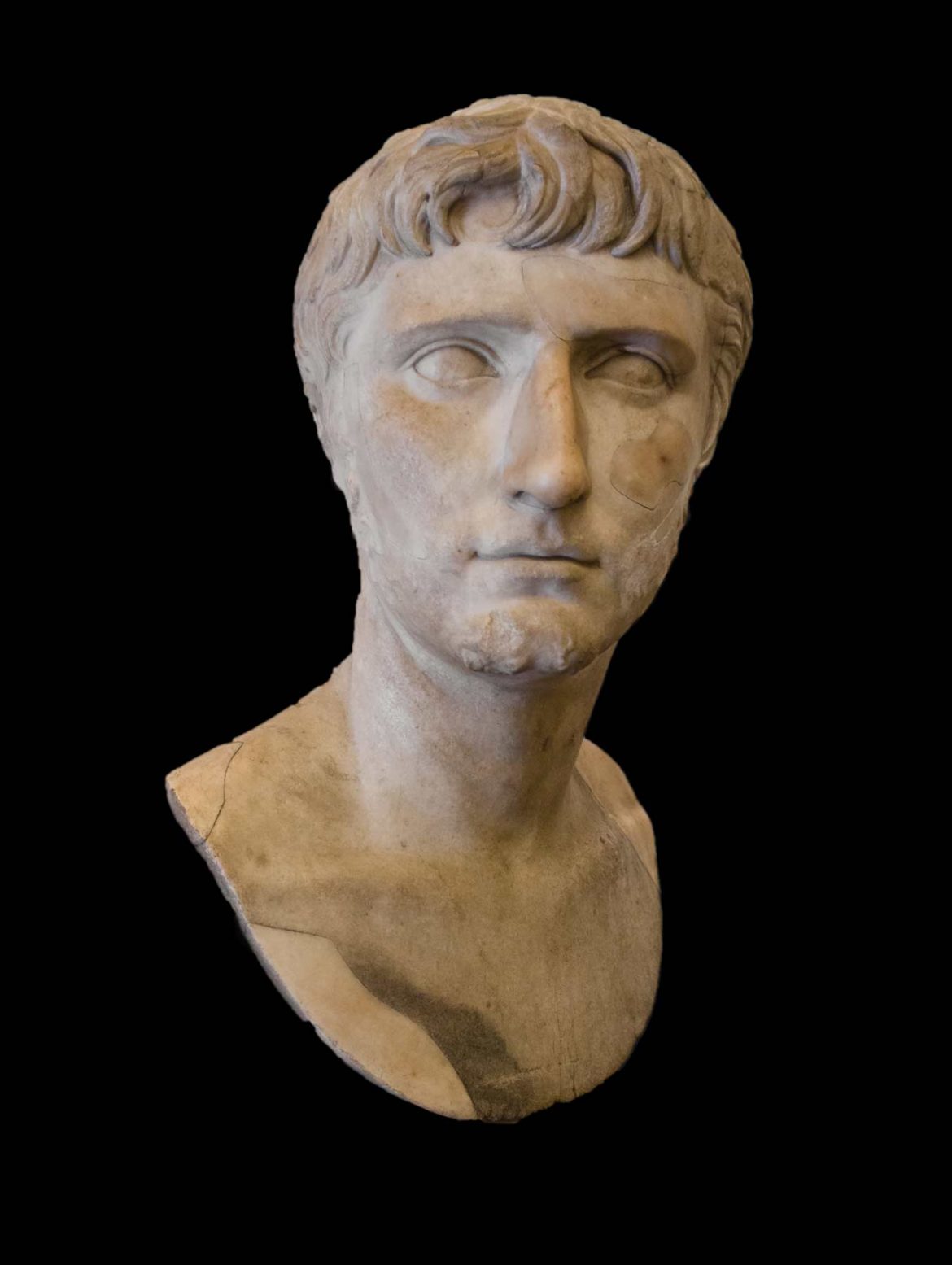 The high formal quality portrait depicts Gaius Vipsanius Agrippa (20 BC) in adulthood, as is suggested by his physiognomy and the presence of a characteristic beard, absent in the other portrait of Gaius, depicted as a teenager, also belonging to Fondazione Sorgente Group. Although the portrait presents visible signs of restoration, dating 17th and 18th century, the portrait hasn’t been significantly modified neither in relation to the hair style nor the facial features.

In the middle of the forehead, four main hair locks cascade in elegant, regular and symmetric curves, with the tips facing the right. In the background, between the said strands, some locks are depicted in low relief. On the right side of the head, three similar locks with an emphasized hook shape descend onto the forehead in the opposite direction. Between the two groups of locks is a pincer-shaped space.

The sideburns are quite long. Finally, a hard beard is depicted, covering the outline of the face and the chin. According to Eugenio La Rocca this portrait is a variant of the portrait model denominated “Modena-Campidoglio” known thanks to a dozen replicas and variants: the disposition of the rich hair-locks in the center of the forehead is a distinctive element. This portrait model could have been realized in 1 AD, when Gaius was consul. The long sideburns and beard could give rise to different interpretations. The majority of scholars consider those attributes as a mourning symbol for the loss of Gaius’ brother Lucius, but La Rocca wouldn’t discard the possibility of interpreting the long side- burns and beard as a symbol of heroic personality, being similar to those which cover Achilles’ face and other mythical heroes, belonging to Classic age iconography and sometimes adopted to represent warriors who lost their lives at a young age, as depicted on many attic Lèkythoi in a white back- ground. In this case, the portraits of Gaius with long sideburns and beard could have been realized post-mortem, as from 4 AD.