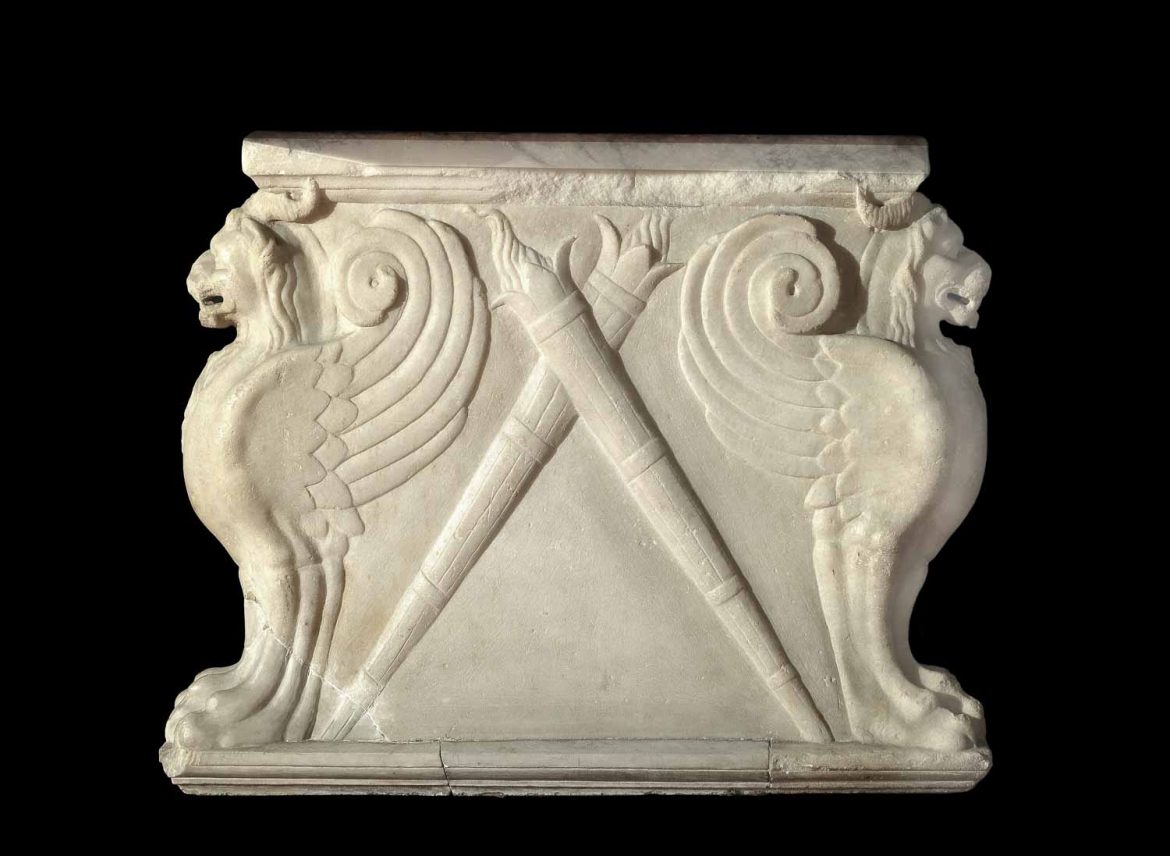 The pair of trapezophors from the Princes of Colonna collection shows a well-defined relief, each with 2 winged griffons with robust feet and feral jaws protruding at the extremities while the curvature of their plumage spread over the surface of the two blocks of marble culminates in two volutes. Etched on the sides are two crossed torches on the external face and a plaited circle of branches on the internal face. Such trapezophors featuring feral animal jaws were widespread first in Greece and later in the Roman world as a base for tables placed next to the klinai during banquets. From the first century A.D. they became a feature in the furnishing of the houses of rich Romans arriving at high artistic levels and using rare marbles, as is the case with this example, or coloured marbles in the search to emulate the pomp of Hellenist residences.

The trapezophors present two small additions on one of the two feet of each one that dates back to the second half of the XVIII century, the very time that the rediscovery and the fortune of art from the ancient world found popularity; in fact Giambattista Piranesi (1720- 1778), one of the major authors of the rediscovery of the ancient world during the neoclassic period, drew inspiration from such items of furniture for interior design and furnishings reutilizing shapes, decorative stylistic features and functional values.