Monumental Portrait head of a man 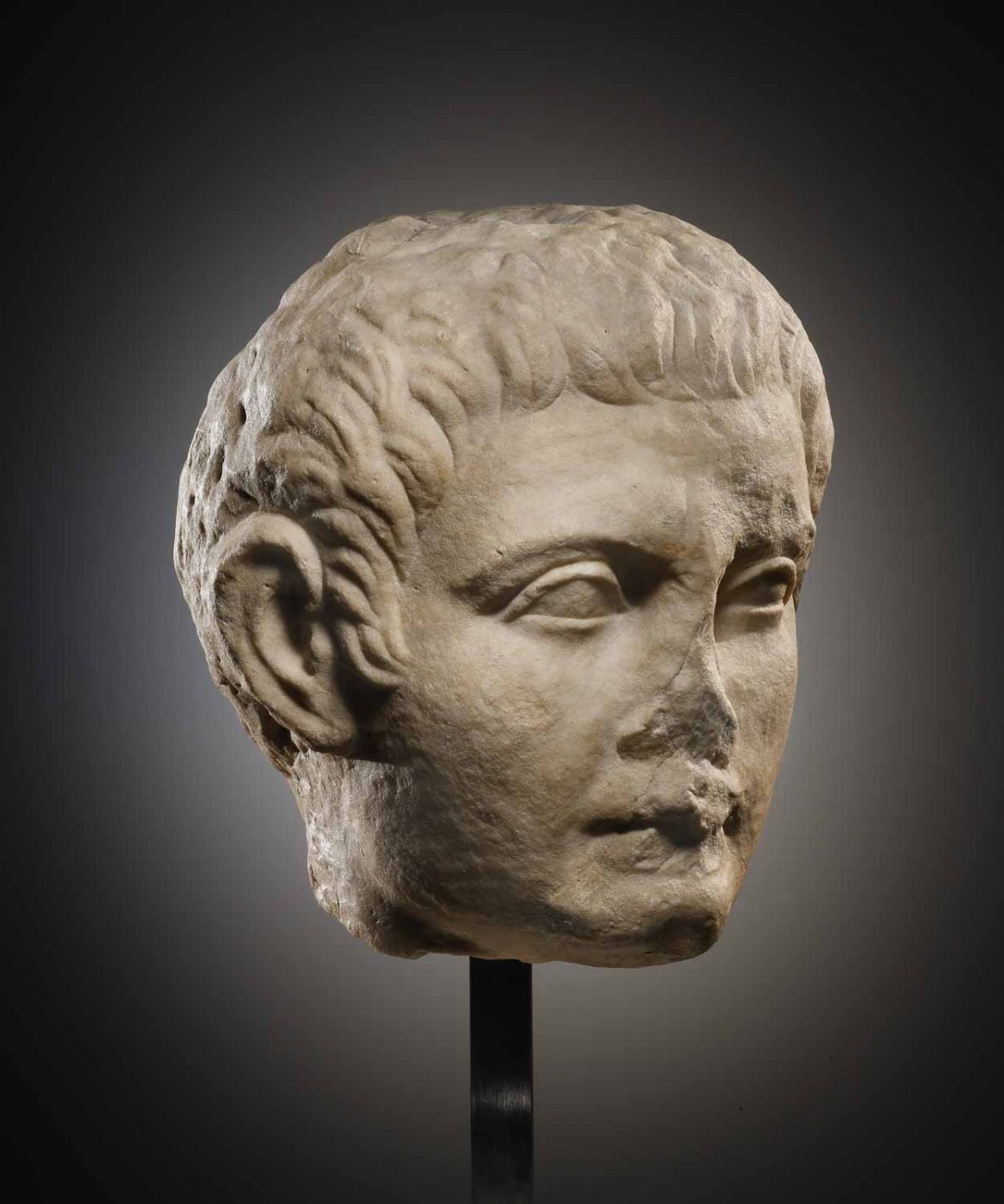 The head-a portrait, turning left, shows an adult man of slightly bigger dimensions than real size. The face is framed by hair combed on the front, with a fork above the right eye and short sideburns. The eyes are cased into two large, well-defined half-moon shaped, superior eyelid and almost horizontal lower eyelid, standing out from the rest of the face. It is quite remarkable the way the skull cap seems to bulge on both sides, accentuated by the shrinking of the face at the rounded chin and a dimple. Since the part behind the ears appears not to be carved and the skull cap seems less refined, the portrait might have been made for a niche in a wall. The portrait shows few damages on the left eyebrow, on the nose and all around the mouth.

Because of the hair-style and the sculptural rendering, we can date the object around the 1st century AD during the Augustan Age and it appears to be very close to the imperial portraits. The dimensions, larger than normal, forces us to search for similarities among the protagonists of the Julio-Claudian family. There is a good resemblance with the image of Drusus Minor, son of the Emperor Tiberius and his first wife Vipsania. He was a General of the Roman army who didn’t become Emperor because Augustus imposed Germanicus, son of Nero Claudius Drusus, as heir, after Tiberius. Drusus Minor had a great temper and achieved many military and political victories, therefore, some important portraits of him have been preserved. If we compare this statue with the Paludamentun at the Prado Museum and with the intact portrait at the Louvre, we will note more similarities. In fact, we can see the same shape of the head, with a light swelling on both sides, the fringe going forth with parallel, wavy locks, leaving on temples on both sides a thin recess. The shape of the face is narrowing towards the chin and the lips, although with some chips, appear slim. Thus, we can say that in our portrait the memory of the young general Drusus Minor is quite strong; perhaps it was a private citizen, identifying himself with the young and brave general or maybe it is a portrait of him, made by a minor workshop.