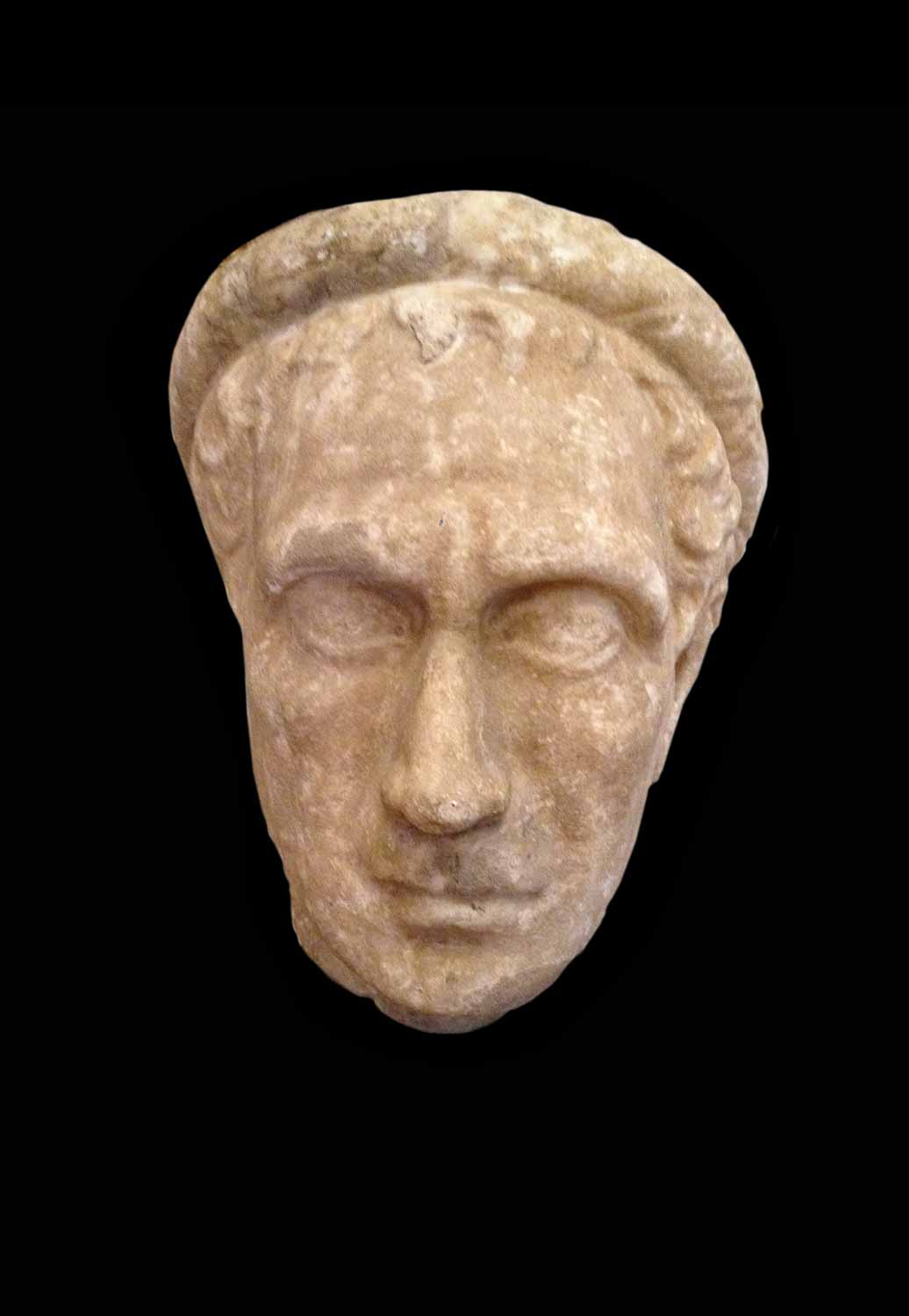 A male portrait showing a scrapped surface with limestone’ traces, few fractures, the upper lip and right eyebrow were restored. The statue depicts an old person, with few resemblances with Julius Caesar’s portraits: the face is slightly elongated, with hard and grouchy features; haggard eyes with wrinkles aside and prominent eyebrow arch; horizontal wrinkles on the forehead indicate the concerns of the politician; the little mouth is closed and framed by the sub-nasal fossa. Other characteristic element is the hairstyle which is composed by small locks coming forth to the large forehead and temples. Important is the presence of the torse on the head, indicating predominance and sovereignty.

The ancient literature sources as Marcus Velleius Paterculus, Plutarch, Suetonius and particularly Cicero, report how folks considered unpopular wearing crowns or diadems. Caesar himself al- ways publicly refused to wear them. This portrait was probably realized after the death of the dictator, when his figure was divinized and his cult established. Another portrait found in the ancient Thera, showing resemblances to Julius Caesar, is wearing the torse.