Kusura Type Idol and a Bull 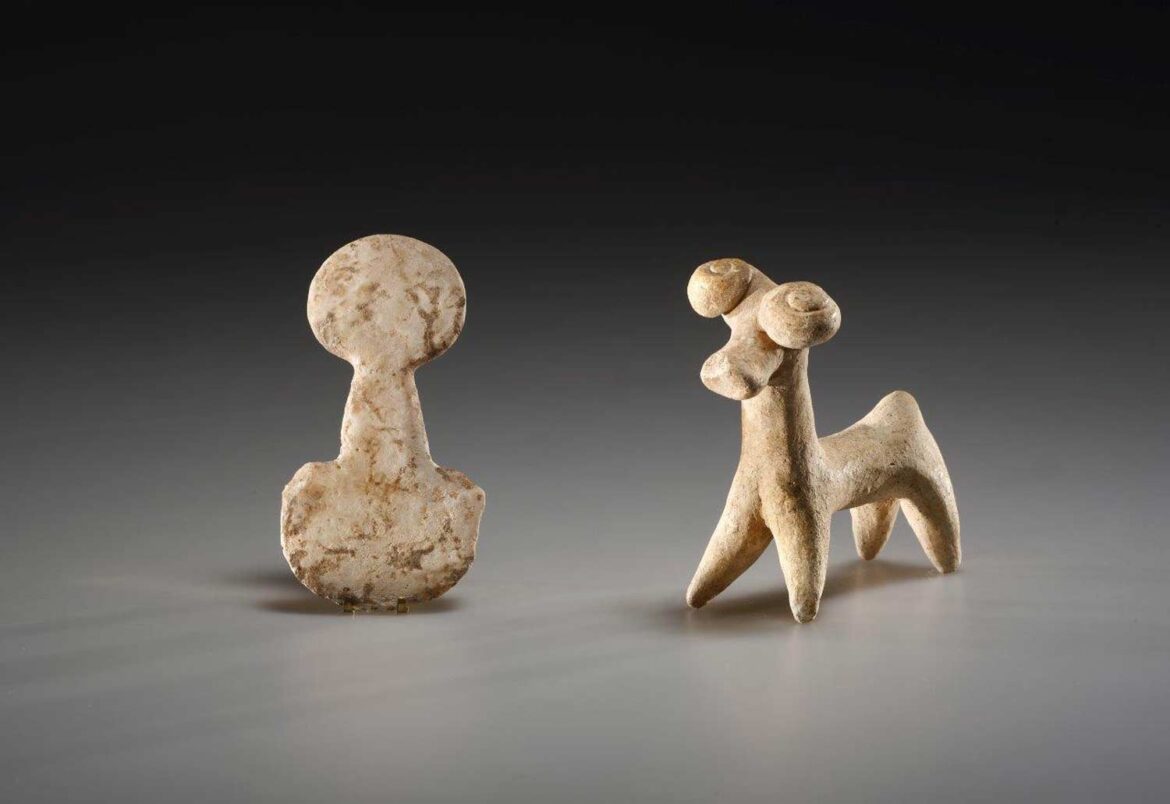 The two objects can be dated to the first Bronze Age and belongs to the religious environment of Anatolia. The small idol is particularly interesting as it seems to assume the shape of a violin. It comes from western Anatolia and its iconographic-model name derives from the small village of Kusura, a place where many of these exemplars were found. That area is considered as a cultural bridge between the Anatolic peninsula and the Cycladic art. This idol represents the feminine spirit’s cornerstone, as it hosts that essence in the central part of the body, under the shape of a trunk with breast and pelvis: a major ex- pression of fecundity. Therefore, the feminine form is represented in an essential way, with immediate and intense effect. The spiral-shaped bull with curved horns can be considered as an ex-voto.