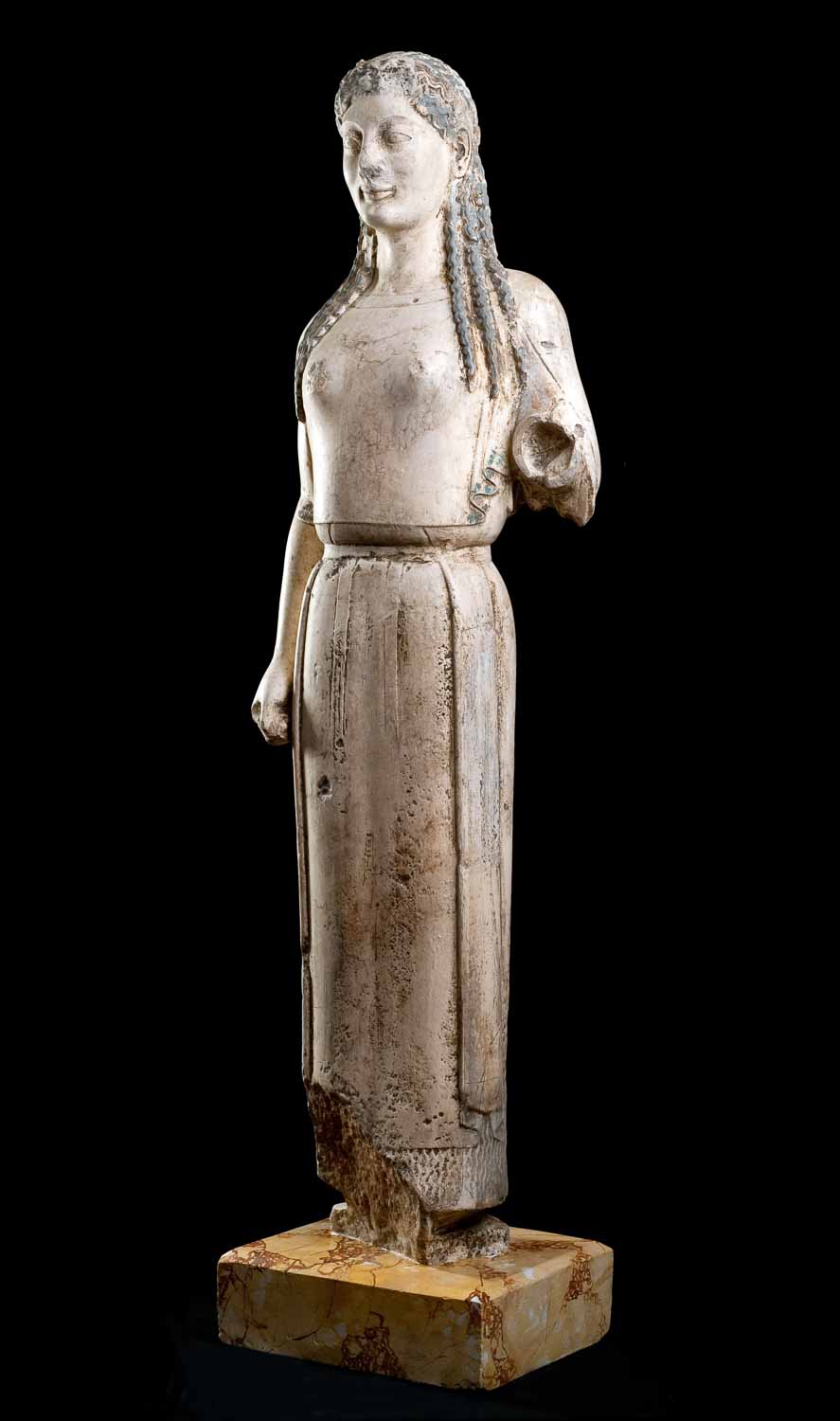 The plaster Kore was cast between the 19th and 20th centuries and reproduces the famous ancient sculpture, Kore 679 or Peplos kore (540 BC), discovered on the Acropolis and preserved today in the Acropolis Museum. The plaster was coated and painted in oil to imitate marble and the original sculpture and still shows traces of polychromy in her black hair and green and red garb. She wears a thin chiton and a wool peplos that falls heavily, straight, with no folds and that distinguishes the Kore 679 from the other korai of the Acropolis, which are dressed only in the Ionic himation. She once wore a crown on her head and held an unidentified object in her right hand, while her left arm, now lost, is bent in a gesture of offering.