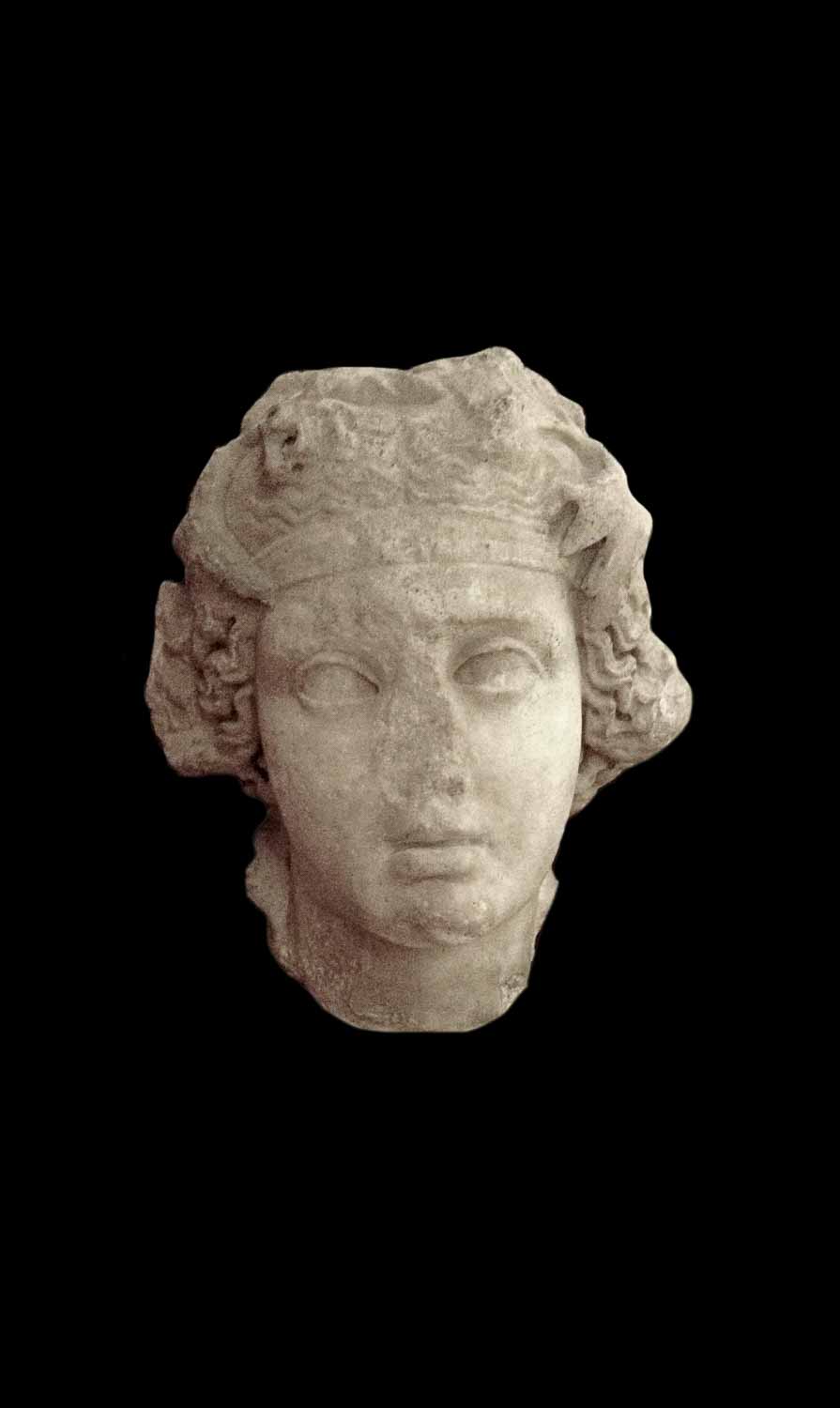 Male head representing a young Dionysus which it could have been part of a larger statue or a rondebossed herma. In the first Imperial Age, many samples of this kind of Dionysian herms were found, particularly in Pompeii and Ercolano. They weren’t used only as a border point, but also in private homes. Our model appears to be made in such a high-quality craftsmanship, especially in the skin and the hair-style, to be considered as a former part of a standing sculpture of the god. The face seems to be pending slightly to the right; the wide-open eyes and the small, fleshy, shallow open mouth gives a melancholic expression to the whole portrait, a light tenderness, with resemblances with the works of Praxiteles. The nose is missing. On the forehead, the god wears a band holding his dense hair together with the vegetal ivy-leaves decoration, as appears on the preserved parts on the head, as well as with two vine-leaves, as shown on other examples. The hair was realized in double locks, with wavy-moving, light, minor carvings on the forehead, while they are more voluminous on the sides.

This type of representation of Dionysius’ portrait appears in several sculpture samples from Hellenistic period and from Roman age, as well as the model preserved in the Palazzo dei Conservatori, in the Capitoline Museums, which was found in the Horti Lamiani.

The god appears young, without beard, wrapped by ivy, the hair is opulently combed as it is visible on the rectus of Attic foot tetradrachms coined in Thasos since 160 BC. The Fondazione sculpture seems to be in good stylistic quality, precisely carved, the embodied softly realized, contextualized around the end of 1st BC and beginning of 1st AD.