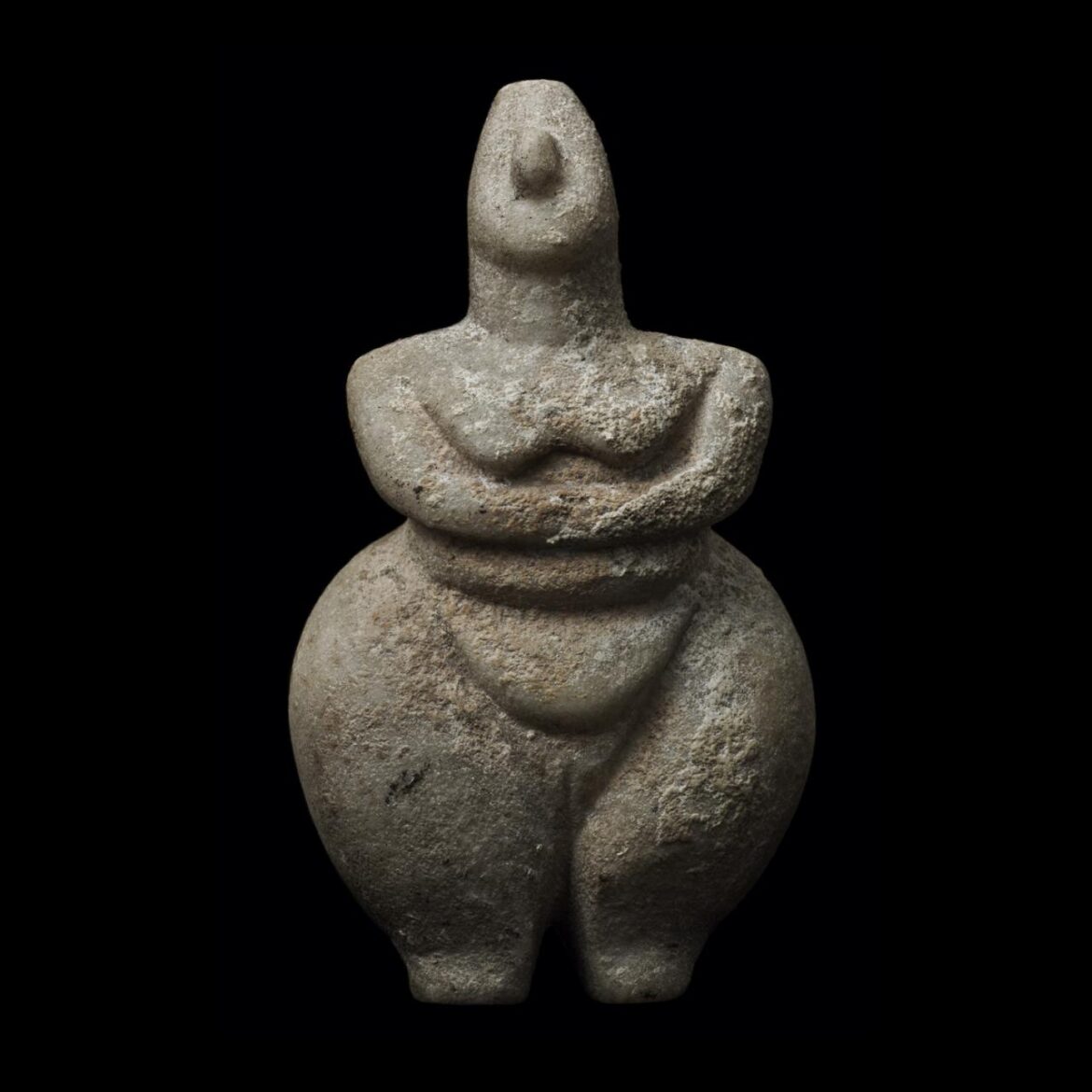 The Great Mother Goddess is part of the American Division of the Mainetti Collection, which is also curated by Fondazione Sorgente Group. It’s an idol from the Saliagos culture, measuring just 11,4 cm and carved in the marble with great strength and energy, although the simplicity of the tracts, emphasising its own cultural and anthropological importance.

As the other steatopygia Venus, this statue is characterized by voluminous shapes of the thighs, protruding in growing forms, to frame the pubic region, down to the ankles. Feet are large and short, with an abstract figure, while the arms are fold under the breast. Between the squared shoulders, a masculine neck emerges, supporting a reclined face, flat and oval, without human features, only a protuberance indicating the nose. Observing it from the front, is not possible to see the shapes of sides and the back, but only examining it on profile, it’s possible to see the large backside, to better appreciate the game of shapes, proving the high level reached by the artists. There are only few samples of that quality.

Researchers agreed about considering these kinds of sculptures from Saliagos culture as a representation of the Great Mother Goddess, as symbol of Hearth, fertilityand fecundity. The physical abundance was an allegory of wealth and prosperity. The flourish culture of Saliagos allow the development of an important artisan’s workshops, creators of common-use objects as ceramics and tools, as well as with devotional objects, to pursue spiritual needs of a developed and refined community.