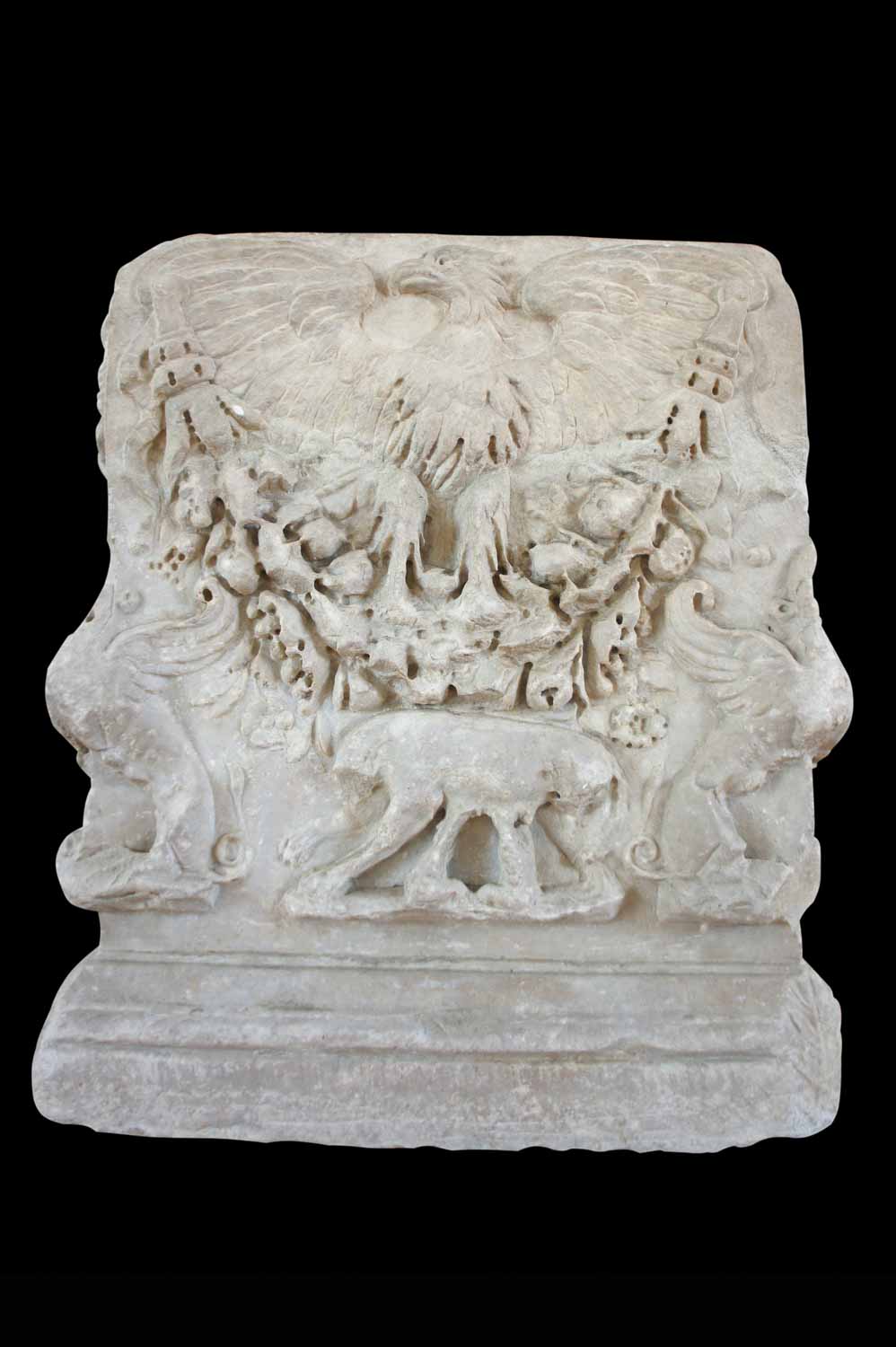 Funerary marble altar in a parallelepiped shape on a high moulded base. It is carved on three sides, while the back is engraved by chisel. The relief is very full and rich, presenting abrasions on different points, but the structure is clear and deeply carved. It is cut on the upper part, in fact the moulding and a probable dedicatory inscription are missing. The decorative motives, typical of the Augustan age, are visible on the frontal reliefs: in the center an eagle dominates with the wings spread, apparently supporting a garland of flowers, fruits and pomegranates. Below there is the she-wolf with the twins, following the iconography of the Capitoline wolf; the sphinxes sit proudly enthroned at the corners: their faces are missing, meanwhile the garland motif, fixed by nails and flutter tapes, is repeated on the lateral sides.

The private monuments adopt recognizable images and symbols from the official iconography, here adapted to different meanings, for example, the celebration of the love for family and sons, as well as of personal ambitions; meanwhile any link referred to death become extremely rare. Hence in our exemplar, the image of the eagle at the center and the sphinxes at the corners become symbols of general prosperity and fertility, even though they were clear signs of the official power and symbols of the Roman triumph; the rich garland symbolizes the hope of a prosperous afterlife. In the same way, the she-wolf with the breastfeed infants, representing the Roman pride and the boldness of the beginnings, is moved to the funerary altars, as symbol of altruism and family love. Then the altar presents a large rectangular cavity on the top, covered by a sloping roof, where the ashes of the dead person were kept.

So our altar is an example of the great transformation inside the use of the iconographic heritage: in fact Augustan art penetrated in the private setting, not only in the shape of new images, but also in a totally changed mentality, that brought to the birth of a new decorative style in private house. There are many other exemplars similar to ours and they are all to be dated on the first half of 1st century AD in the Julio-Claudian and Nero age.