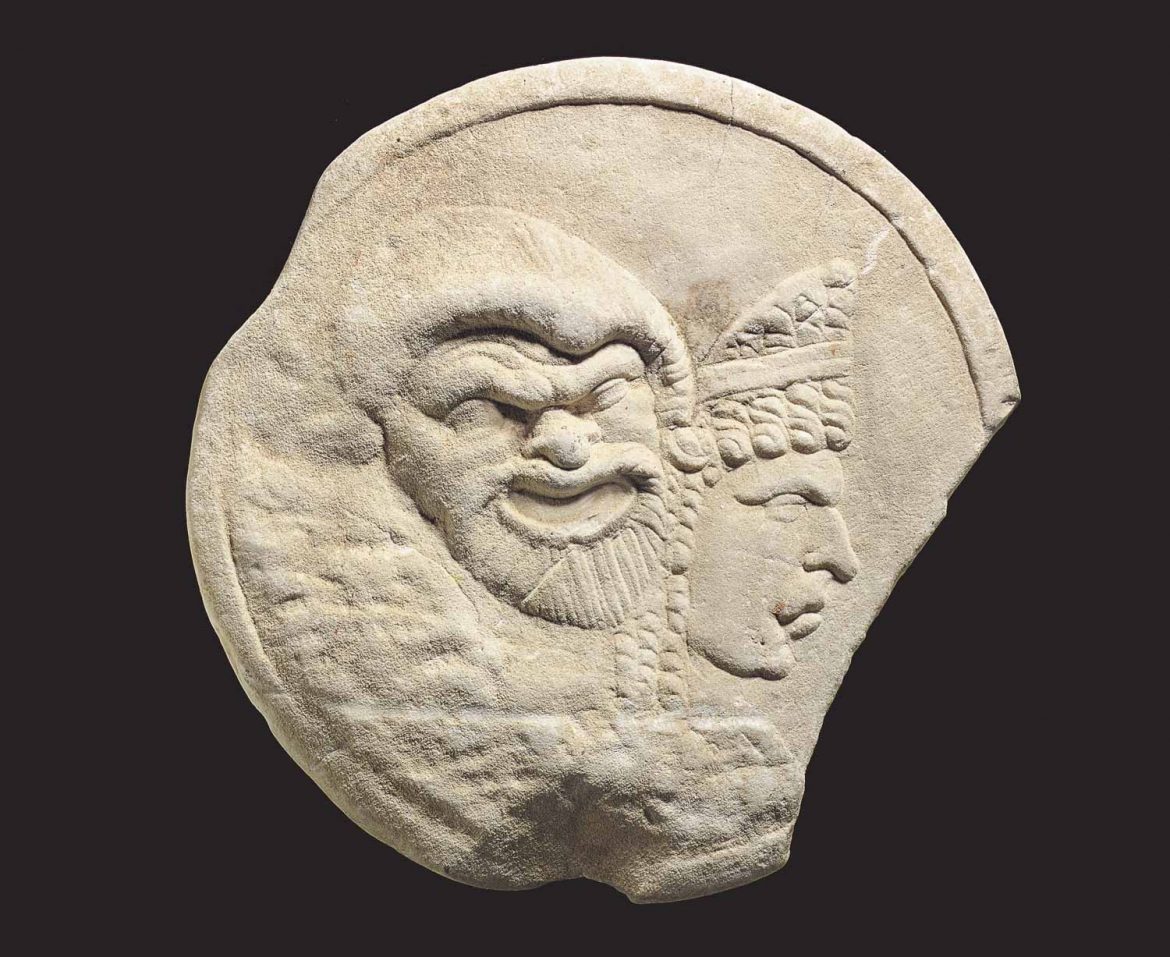 Circular Oscillum in marble, carved on both sides. It was designed as a disc, presenting a relief with two theatrical masks on the recto: on the left, a male, frontal mask from the comedy, with the hair held on the back to show a worried forehead, a nose, a long beard and an open mouth; on the right side there’s a female, on-profile mask from the tragedy, with a tall and braided onkos held by a stripe, an aquiline nose and a pointed chin; on the background, a natural, rocky landscape is visible. On the verso, less deeply carved, there’s a centaur bearing an amphora: he’s squatted down with his left legs raised, a muscular chest and wavy hair. Both the relief-parts present a smooth hedge, slightly lifted; the iron pivot, used for support, is still visible on the upper part of the back side.

In fact, the oscilla could have different shapes (circular, rectangular, oval, shield-shaped, or mask) and there were suspended on the architraves between the columns in the peristyles, as decoration. Many samples were found in Pompeii, commonly decorated with Dionysian subjects.