Decorative Vase shaped as an Urn, with Allegorical Figures 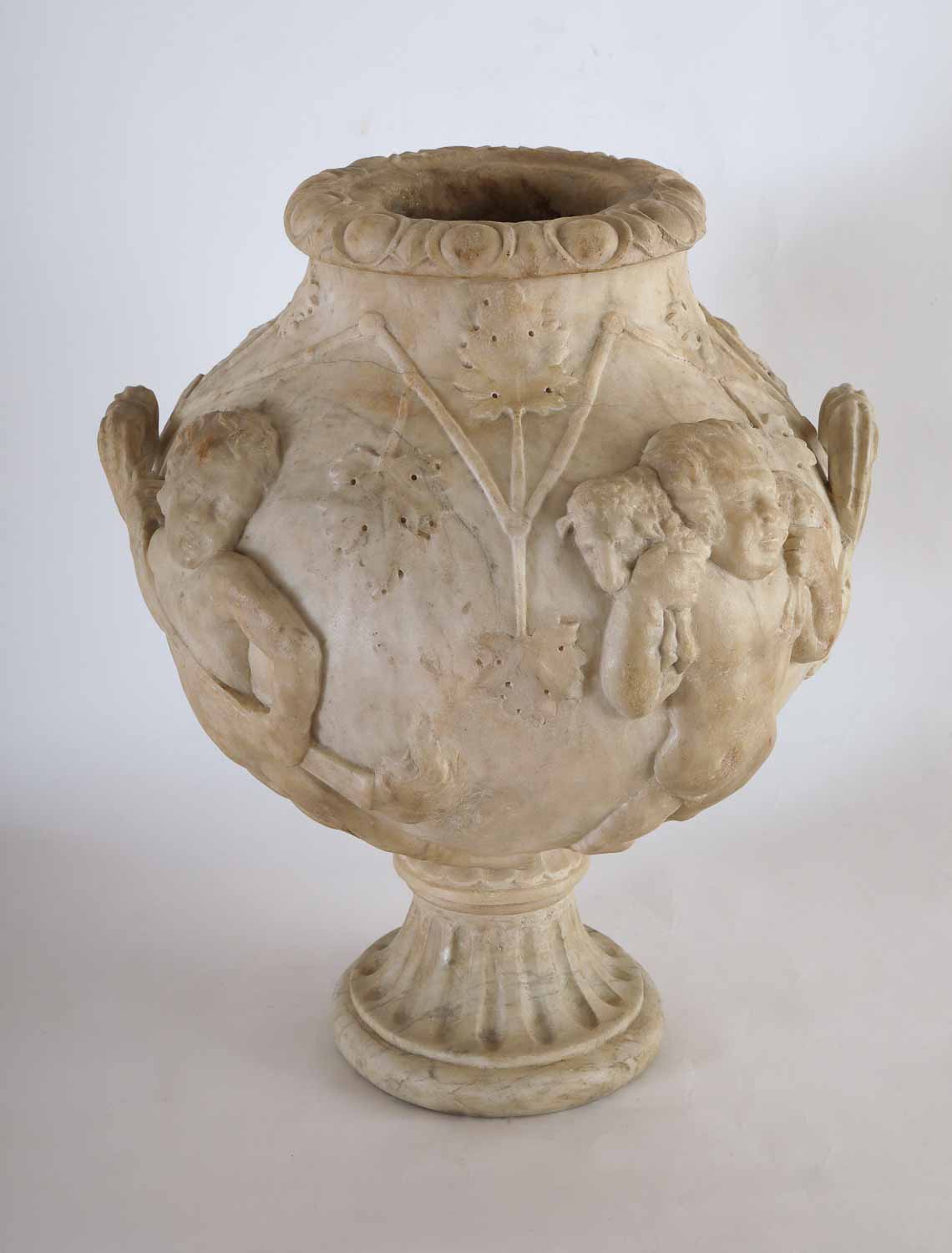 Decorative Vase shaped as an Urn, with Allegorical Figures
Marble

This vase was made for an important client of the XV century, showing the typical features of the times by recalling a classicist taste and style in furniture and objects.

It shows a globular shape, recalling the ancient cinerary urns, on a single support which is decorated by moldings, on the upper edge with Ionic Kyma with circular ovules, skirts and very tight tulips; the central body is entirely carved on relief with grapevine branches and four putti with different attributes: one is holding an upside-down torch, a second is carrying a lamb on his shoulders, a third is bearing two wicker baskets and the fourth is lifting an overturned cithara. In that way is possible to mix pagans themes with Christians’ ones, as showed in paleo-Christians sarcophagus. In the vine environment, which is a clear recall of the Dionysian atmosphere of triumph and reborn, the themes of grape harvest (due to the baskets), of the the passage to the afterlife (the torch), of the drama (the cithara) and eventually of the moschophoros who, following the Christian tradition, will become the bearer of Christ (with the lamb on the shoulders).

The ancient inventories reveal this kind of objects were created to decorate gardens in wealthy villas. Scholars attributed this handcraft to Andrea Cavalcanti, called Buggiano, an artist close to the Medici, who was adopted by Filippo Brunelleschi and introduced to the Florentine art environment by his adoptive father, with who he cooperated several times, working on the most celebrated Medici construction site of the Sacrestia Vecchia and cooperating with Bernardo Rossellino’s workshop, as reported in the Monumento Bruni in Santa Croce in Florence in 1450. In fact, from the chubby facial and body features of the putti, Giancarlo Gentilini recognizes the typical elements of Buggiano; otherwise in the putto holding the torch, he sees the manner of Rossellino: in particular he recognizes an intervention by Giovanni, the less famous member of the brothers Bernardo and Antonio, by a comparison with a monument dedicated to Filippo Lazzeri in S. Domenico in Pistoia, between 1462 and 1468.