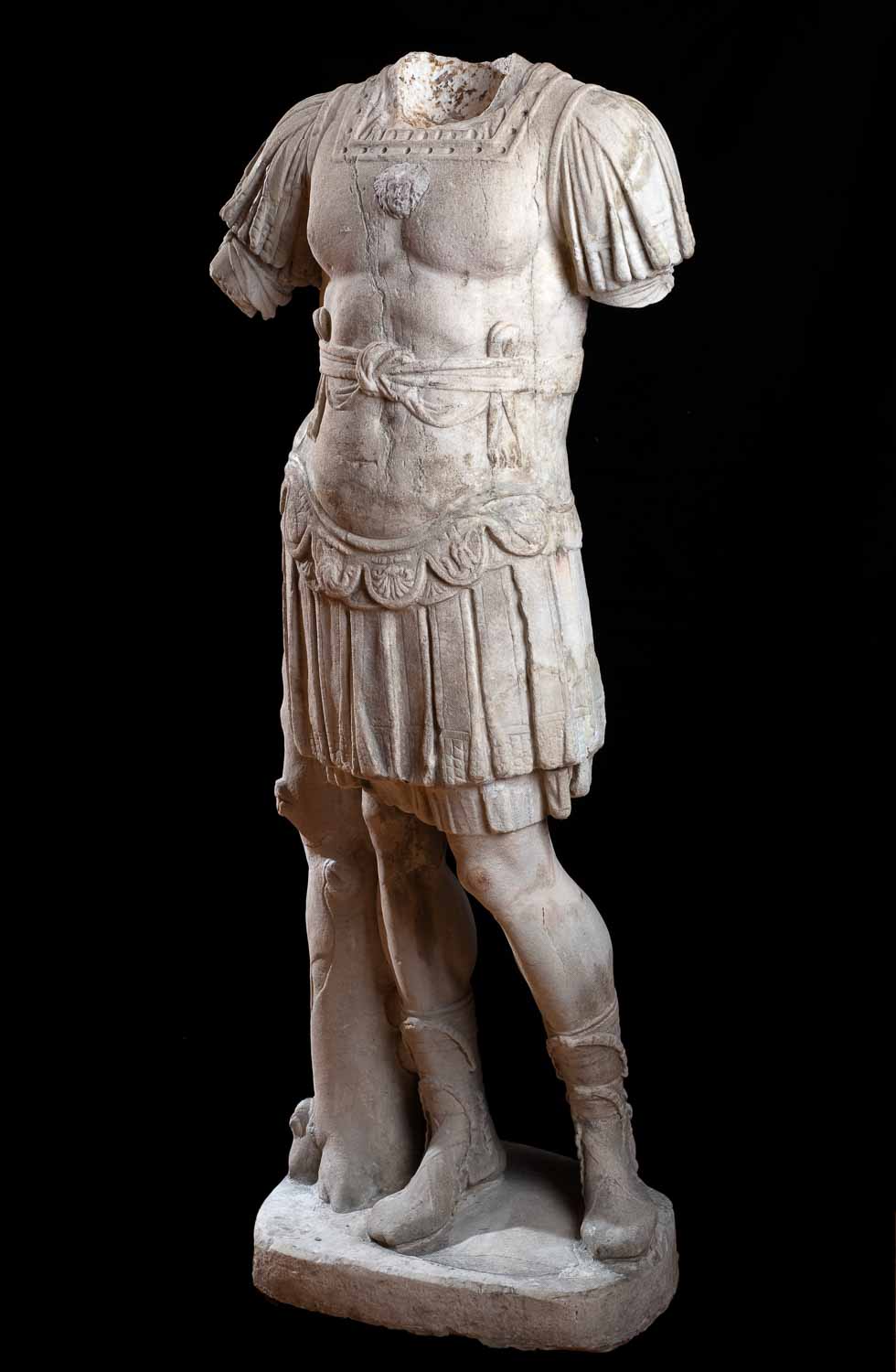 The armoured statue, in Pentelic marble, has its base reinserted in a restored block, lacks its arms and has a circular recess on the neck for the successive insertion of the head portrait. It displays only a few abrasions and a slightly rough surface, as it was clearly exposed extensively to the open air. Slightly larger than life size, the cuirassed figure wears a tunic under smooth fitted armour, has no shoulder straps and a double row of decorated pteryges; on his abdomen he wears a cingulum vitae with a central knot and lateral mantling, while the gorgoneion has been restored; he has no paludamentum, the cloak normally wrapped over the left shoulder. The first line of rounded pteryges is decorated in an alternative motif: palmettes, double oval shields, marine life, symbols of naval victory, while the second line shows only the palmette motif.

A specific characteristic of this cuirass is the rectangular form of the edged neckline, which dates from the first half of the 2nd century AD and remained popular throughout the century. Though lacking a cloak, the piece can be identified in Stemmer’s classification of cuirassed statues as a Type V (Stemmer K., Untersuchungen zur Typologie, Chronologie und Ikonographie der Panzerstatuen, Berlin 1978). It can be deduced that the cuirassed statue, both due to the simplification of its decorative elements and the absence of the paludamentum on the left shoulder, the shoulder straps and, as in other cases, decorations in relief on the armour, is an interesting exemplar dating from the early 2nd century AD.