Column Plinth with a Ceres relief 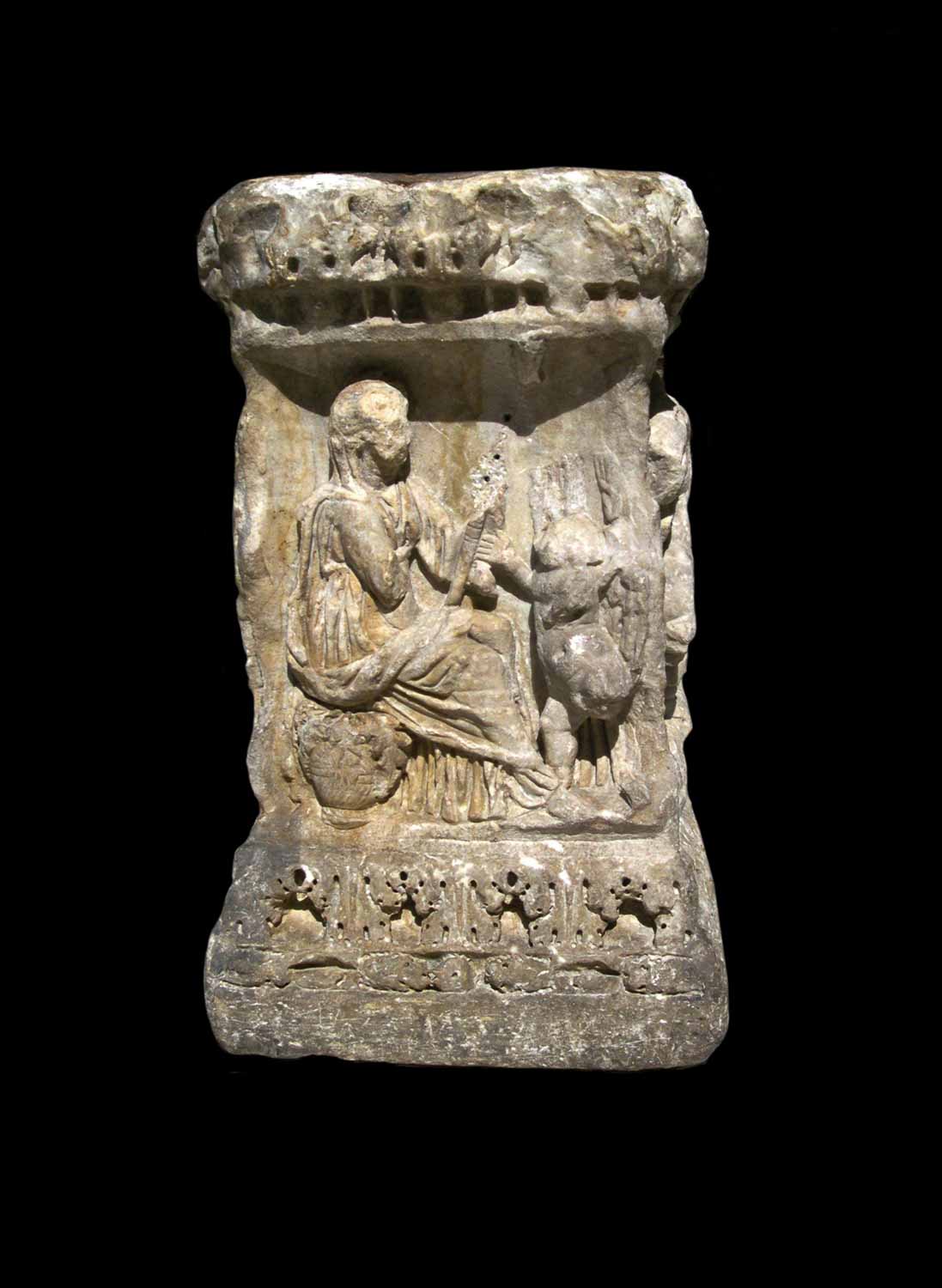 Column Plinth with a deep-carved relief on three sides, which creates a ronde-bosse effect in some parts. The backside is not engraved, as the object was supposed to lean on a surface. On the front side there’s a feminine figure seated on a chair with an upper-belted chiton and a mantle falling down the legs; she’s holding a torch, a distinctive attribute of Demeter; under her chair a basket of fruits is placed, while a putto is standing right in front of her; on the background, few ear-grains are visible on relief. On the left side a second putto is reaping spikes with a sickle; while on the right side, another one is carrying on his back a bundle of grain. Therefore, this relief re-unites the two identities of Demeter (called Ceres by Romans): a goddess linked to agriculture and protector of the ground fertility (the genius of seasons are represented just for that reason, to enforce the symbolic meaning of the seasons’ circle); but at the same time, Demeter is also goddess of the Underworld, looking for her daughter Persephone, abducted by Ades (that legitimizes the presence of the torch). An interesting point of view is to underline as the combination of these two attributes, torch and spikes, is not only typical for that goddess, but it’s also visible on other antique archaeological evidence. An example could be a Corinthian goblet, dated to 450 BC and today in the National Archaeological Museum of Athens, where Demeter is depicted holding a torch, ear-grains and poppy stems. This iconography was bequeathed during the centuries until it reached to permeate also the Roman culture and art. Our sample can be delineated among the plinths decorated with representations of mythological subjects, Dionysian processions, harvesting of cereals and grapes scenes, or with the Labours of Hercules. Quite rare, they were found mainly in Rome in a time span between the end of the 2nd and the beginning of the 3rd century AD, to embellish with seasonal and rural subjects the imperial residences porticos, as shown in the four plinths from Albani collection, probably originally coming from the Villa of the Quintilii.