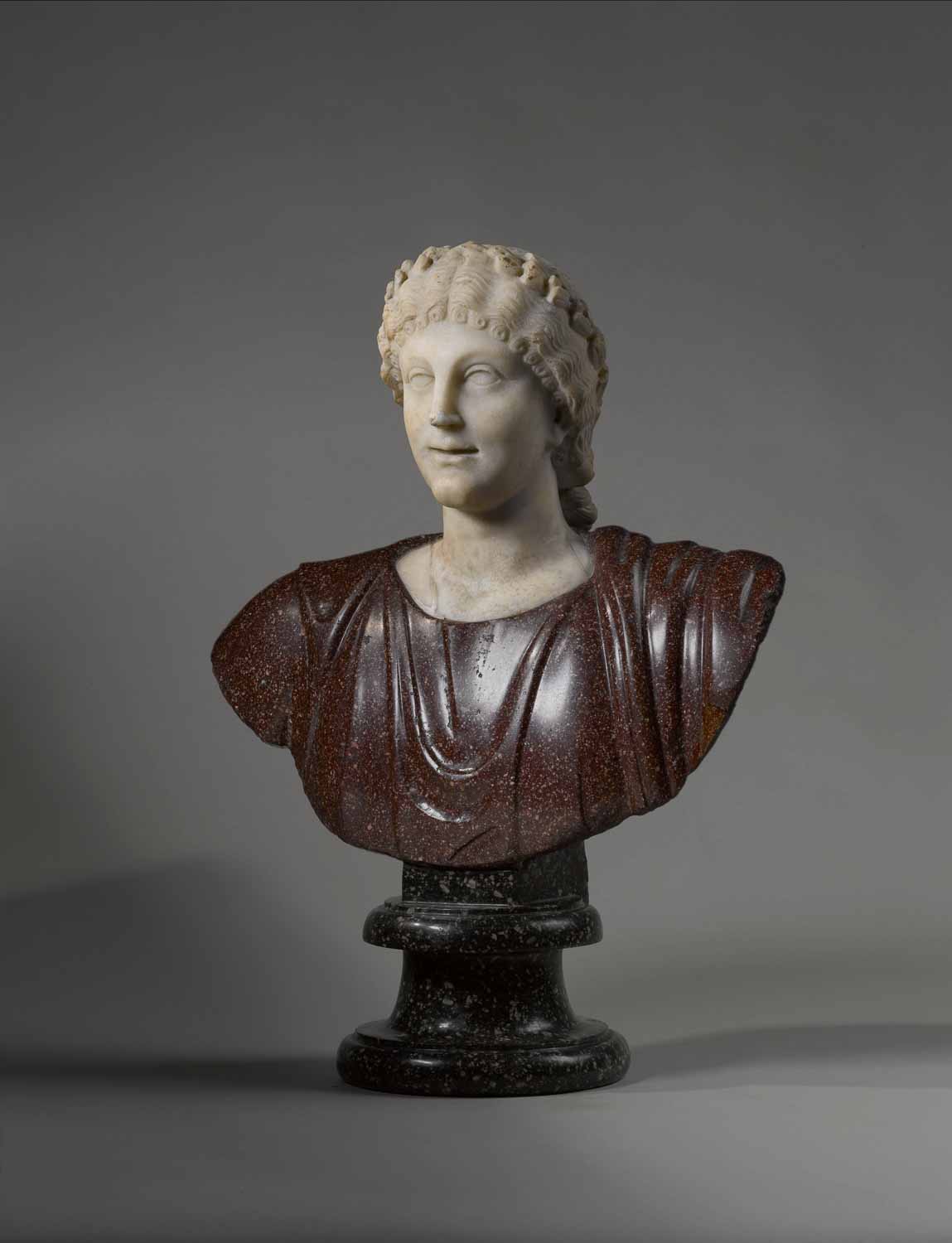 The work of art is composed by a white marble feminine portrait mounted on a red porphyry masculine bust. The female portrait is slightly rotated to the right, with the small prominent chin outlining a smile with tightened lips, a thin nose and elongated eyes. The work was probably strongly cleaned in the past, as the ancient patina results modified, changing the facial features as well.

The portrait shows the hair style typical from the women of the middle of 1st century AD, as compared with the portraits of Giulia Drusilla sister of Caligola, and Poppea Sabina, Nero’s wife. The porphyry red bust shows a very high quality, resembling the Serapide’s with chiton and mantle and was probably polished. From 1817, the artwork was included in the collection of Sir Francis Cook.