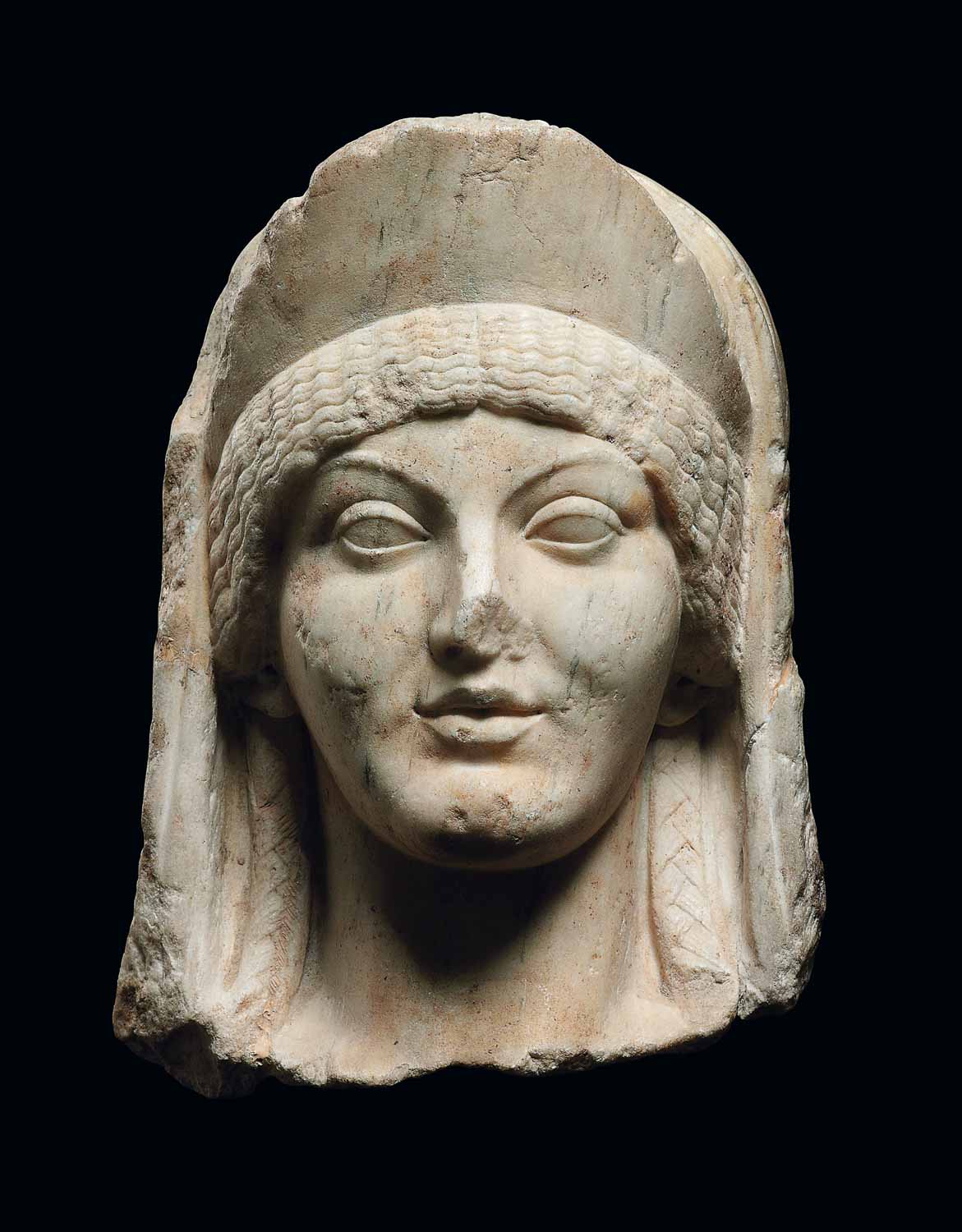 Marble archaistic female head, datable to the I century AD. In our head the characteristic elements of the Archaic style are forcedly carved: facial features, arched eyebrows connected to the lines of the nose and almond-shaped eyes, while the typical Archaic smile has given place to more fleshy but short lips. The overall attitude expressed by the facial features is quite striking: a gentle softness imbued, in a portrait no-longer idealized, but realistically modified to find standards of beauty, forgotten by now. The hairstyle still strongly resembles the hairdo worn by Archaic korai: tiny plats arranged horizontally over the forehead and falling behind the ears, at either side of the neck; a large diadem and a veil are posed on the head.

Our maiden can be closely compared to a pair of herms with caryatid heads, carved in Pentelic marble, of Augustan date, found in the Horti Maecenatis and now in Palazzo dei Conservatori, Capitoline Museums.