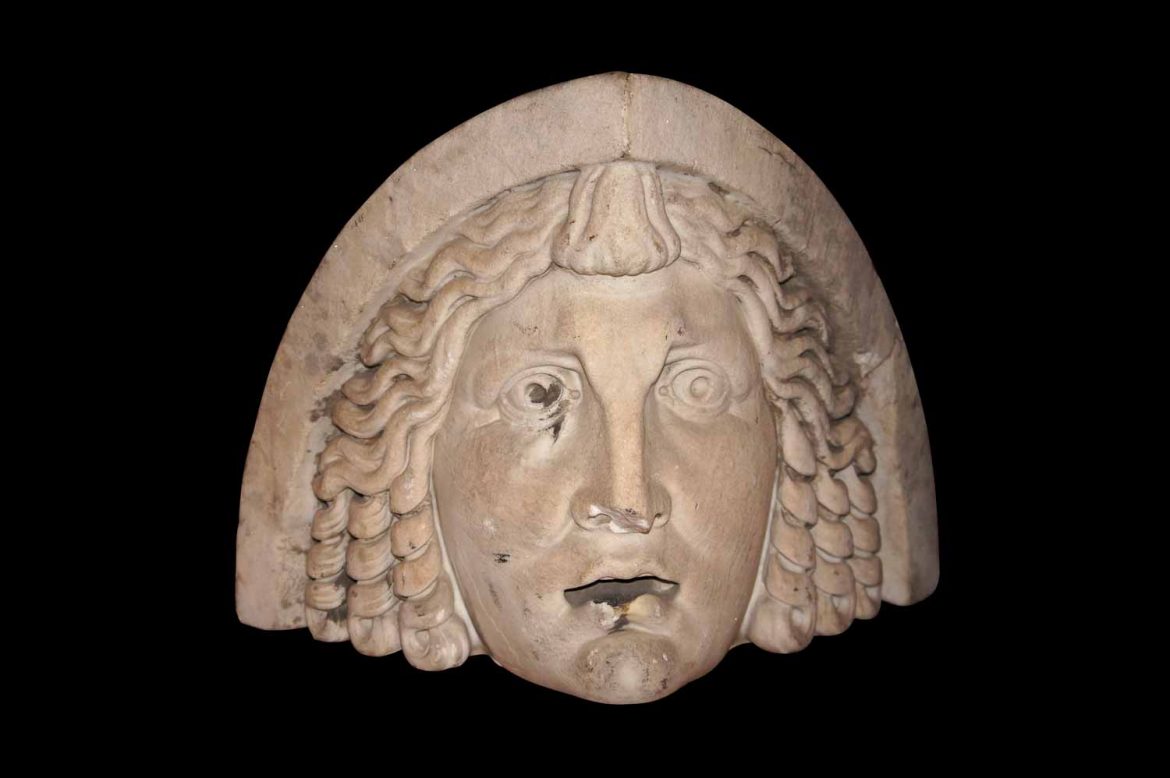 The relief in analysis is an angular acroterion with a thick edge, quarter-circle shaped, depicting a theatrical mask. Like many other exemplars, the main features are the sloping curls, deeply carved around a strongly expressive face, showing big eyes with carved iris over orbital pads, a well-outlined nose and a gaping mouth. This type of acroterion belongs to the symbolic decorative repertoire of the Roman funerary monuments, in fact it is visible on altars, urns, steles and also on covers of sarcophagus, as our exemplar. The masks represent the immortality of the soul in a symbolic level and their eschatological character descends from Dionysian mysteries, which are tied with the theatrical world. This iconographic typology had the peak of its major spreading between the 2nd and the 3rd century AD, but a more precise date is difficult due to the standardized production, which was characterized by similar motives of repertoire, often attested and widespread in the handcrafted production