Paris 1889, the Universal Exposition: the Tour Eiffel is born 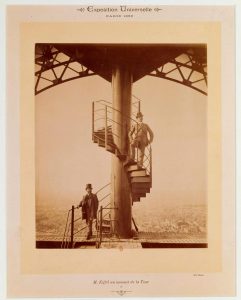 On the occasion of the display of the recently acquired section of the spiral staircase originating from the Eiffel Tower, Fondazione Sorgente Group, Istituzione per l’Arte e la Cultura pays tribute to the symbol of Paris with a photographic exhibition to narrate the history of the renowed tower and the Exposition Universelle of 1889 (Paris’ World Fair), one of the most significant expressions of scientific progress ever realized which portrayed the tower as its own crown and glory. The idea of an extremely tall building had obsessed the people’s imagination for a long time, particularly in America and England. The difficulty was not in conceiving a similar colossal project but in accomplishing it. Thanks to the perseverance of Alexandre Gustave Eiffel this project became reality. Together with his collaborators, he designed the tower’s four pillars on the basis of a particular construction concept which, in contrast to established techniques at the time involving four joint columns on the base, entailed adequately curving the pillars to achieve a more structurally sound construction able to withstands even the most severe weather storms. His design revolutionized the field of engineering. The tower was conceived as a temporary building set to be demolished once the Exposition Universelle of 1889 had ended (as happened with the others pavilions), however its creator Eiffel managed to convince the local authorities to change their minds and obtained special approval to keep the tower standing by emphasizing the possible various strategic uses of such a tall structure including military, meteorological and astronomical observation, as well as underlining the significant French national pride resulting from this momentous and innovative achievement. The Exposition Universelle of 1889 in Paris (May 6th to October 31st) coincided with the 100th anniversary of the French Revolution and the Storming of the Bastille, as well as the 18th anniversary of the French Third Republic. 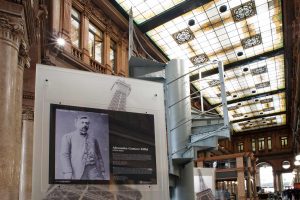 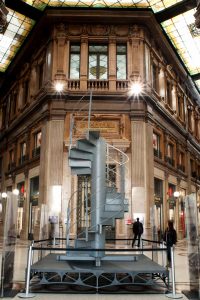 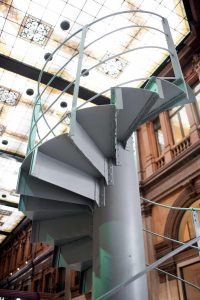 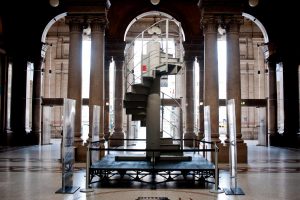