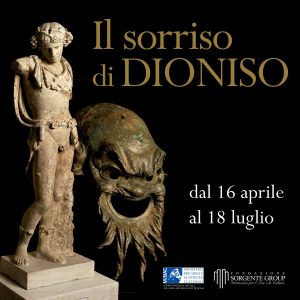 The Fondazione Sorgente Group has promoted the exhibition of two archaeological works from its Art Collection in the Roman National Museum of Palazzo Altemps. The two antique masterpieces, presented in a evocative exhibition set are a white marble statue of Dionysus with the head reclined and a gloomy smile (second half II A.D.) and a bronze mask of Papposilenus with a grin (I century BC). The two objects, previously preserved on private homes around the world, are finally shown to the public from April 16th at the Roman National Museum of Palazzo Altemps in Rome. The mask which depitches Papposilenus, the elder Silenus, who was entrusted of Dionysus education, was found in the see as shown by the surface incrustation not completely removed by the previous restorations. Of extremely high quality and of exceptional size, is one of the rare samples in bronze from the Hellenistic age. The statue of Dionysus, created in a roman workshop during Emperor Marcus Aurelius period, around 180 A.D., represents the god standing and gently thinking, adorned with a belt of little roses, un unmistakable recall to Aphrodite-Isis cult. Both the objects probably were used to decorate the garden of the peristilius of a wealthy home as part of a figurative set, in where create a dionysiac atmosphere, evoking the presence of the god and his followers as symbol of the complete life’s enjoyment. 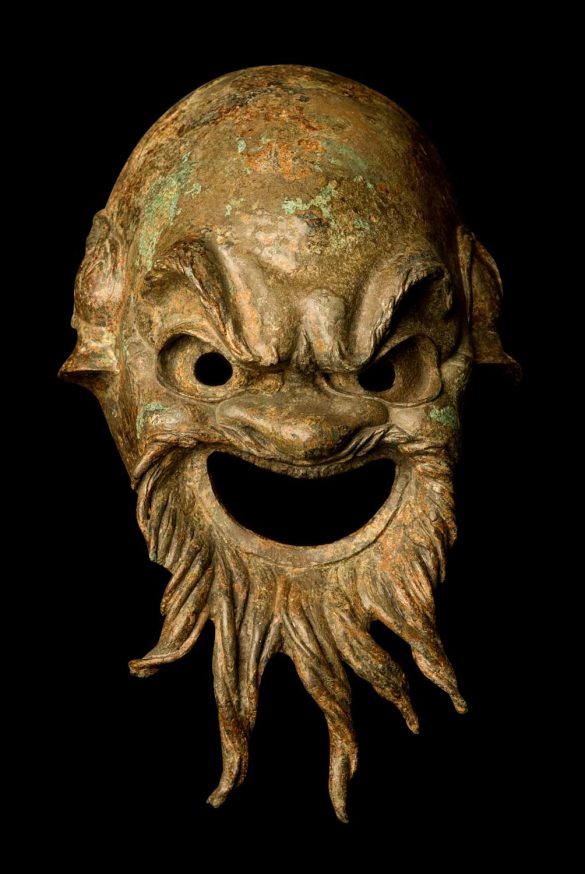 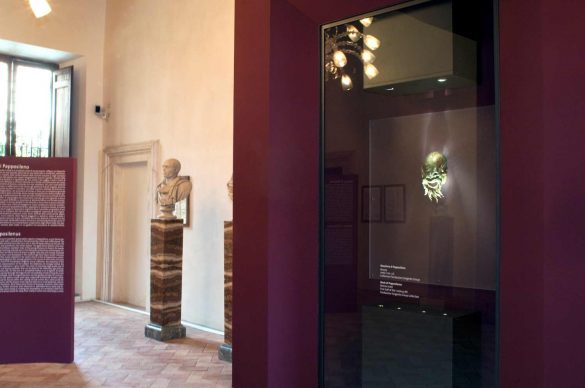 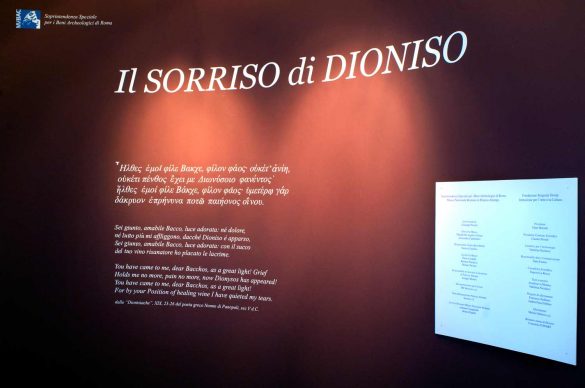