Emperor Claudius. Messalina, Agrippina and the Shadows of a dynasty 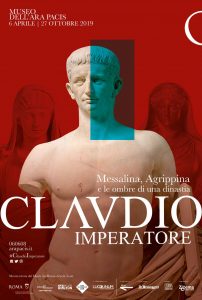 The exhibition is dedicated to the life and the empire of Claudius and it suggests a new reading of its personality, political and administrative skills and his relation with his brother Germanicus. Part of the exhibition set-up are the Tabula Claudiana, coming from the Musée Gallo-Romain of Lione, the precious cameo depitching the portrait of Emperor Claudius, from Kunsthistorisches Museum of Vienna and the gilded-bronze of Agrippina Minor, from Alba Fucens. Among the masterpieces exhibited, the multimedia installations and an original set-up, there’s the portrait of Germanicus, belonging to Fondazione Sorgente Group, from 1st century AD, shown to the public for the first time. With Germanicus, Emperor Augustus planned to realize his dream of unite two of the most important families of the Ancient Rome, because he was son of Antonia Minor (daughter of Octavia, Augustus’ sister) from the Julia gens and Drusus Major (son of Livia, wife of August) from Claudia gens. He was destinate to succeed to the head of the empire, because of his important heritage and also he was loved by the Roman people as well as by the army, he bravely commanded. Regrettably he prematurely died because of a disease or poisoning in Antakya in 19 AD. 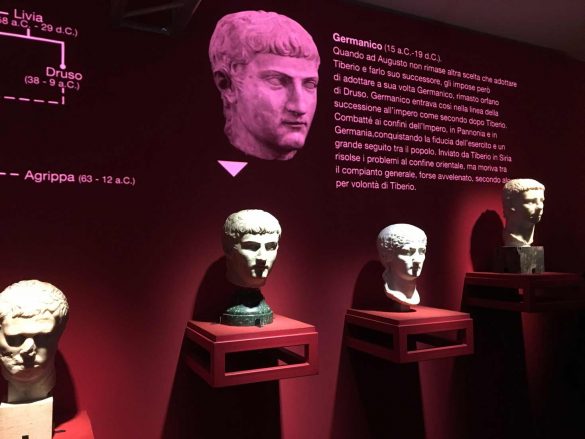