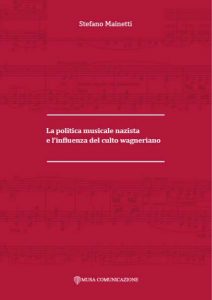 The volume tackles, thanks to a critical analysis and an attentive selection of sources, Adolf Hitler’s passion for Richard Wagner’s music, his close ties with the composer’s family and the cultural and social upheavals which marked the years of the prevailing Nazi ideology. Hence, the thesis explains the persecution of “degenerate music” and its authors, the ferocious anti-Semitic Hitlerian culture and especially the real weight Wagner’s music had on the process of strengthening the Nazi ideology. The author exposes the clear examination, personally conducted by him on the history of the various studies carried out, offering his point of view as a composer and musician.