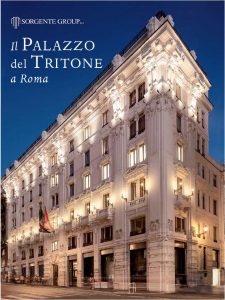 This book deeply investigate the history of the palace of Via del Tritone 132, in the heart of Rome, renamed “Il Palazzo del Tritone”. The aim of the voulme is to study the historical environment where the project of the building has been carried out, contemporary to the new urbanistic plan realized for Rome as new capital of Italy. An environment strongly influenced by the Art Nouveau style, which was spreading in Italy from the continental Europe.