Virgin with the Blessing Child 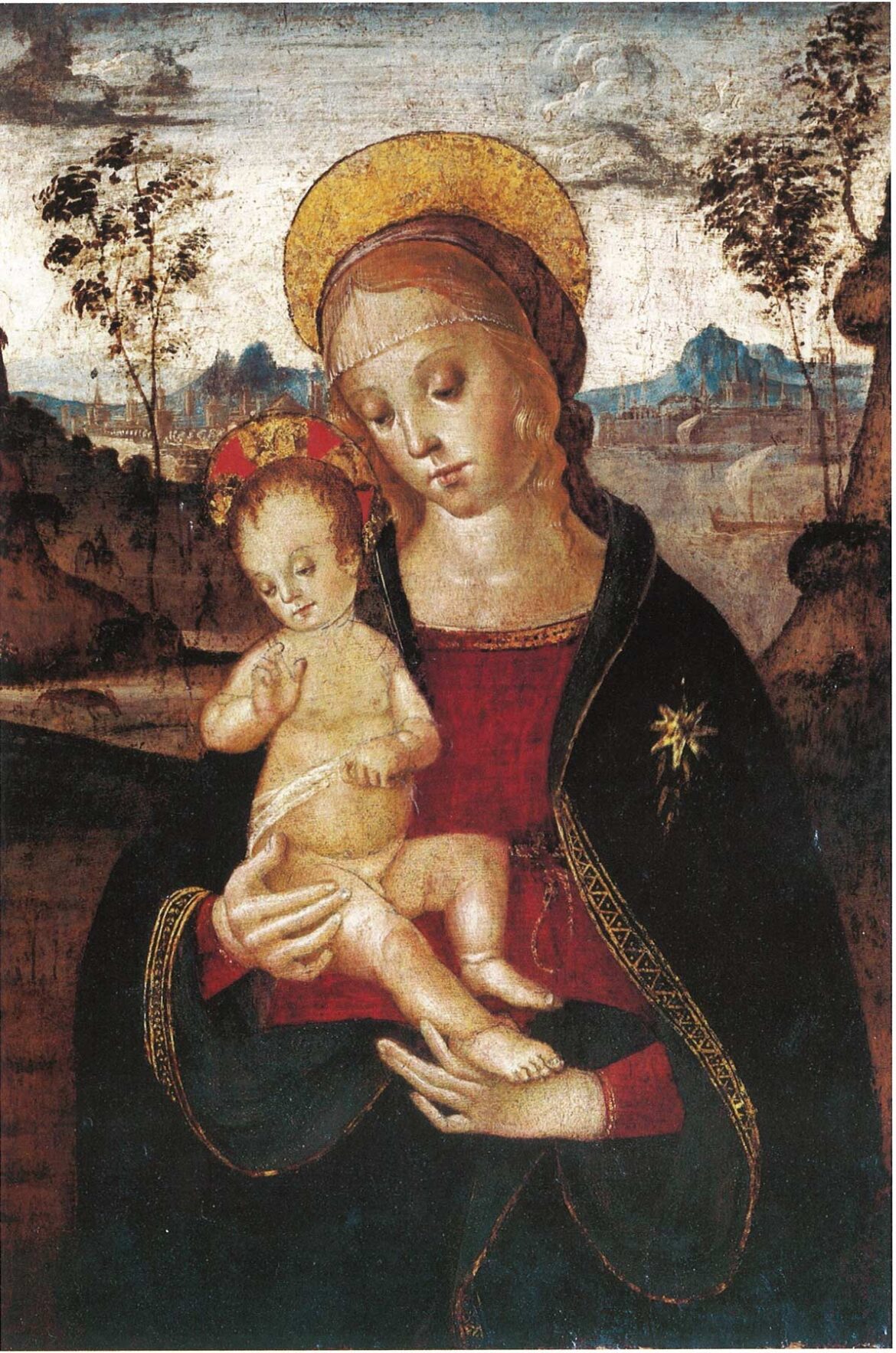 Virgin with the Blessing Child
Tempera on panel

This painting has a high stylistic and iconographical value and it is typical of Pintoricchio (born Bernardino of Betto), although no trace of it has been found in the sources. We can assume with a degree of certainty that it was realized around the end of the 15th century, when Pintoricchio was commissioned by the Bufalini family to fresco their family chapel located in the roman church of Santa Maria in Aracoeli (Saint Mary of the Altar of Heaven). Also, this panel shows resemblance to other paintings he made at that time. To give an example, the image of the slim and toddling Infant Jesus that looks down recalls that of the baby depicted in the chapel of the Bishop of Eroli, in the cathedral of Spoleto, which is described by Giorgio Vasari in his biographies as the first fully independent work of Pintoricchio. The ships docked in a bay on the background of the painting, together with the star pinned onto the Mother cloak, right next to her heart, are both iconographical attributes of the Virgin, who is also known as ‘Stella Maris’ (Star of the Sea), protector of those who travel on the sea. This iconography is quite significant, for it connects this composition to the ancient theme of the litanies of the Virgin, hence conferring on Her the metaphorical significance of a safe port for worshippers’ souls. He was probably at the peak of his career, as he had just finished decorating the Sistine Chapel and was very close to Perugino, another protagonist of the 15th-century art in Umbria, although Pintoricchio was long (unfairly) considered just an assistant to him. The fame of Bernardino of Betto as Master was rightly restored thanks to important studies run in the 19th century. This long oblivion was probably determined by the fact that Pintoricchio had not received many commissions from religious orders since he had chosen to co-operate with other 15th-century painters from the regions of Umbria and Lazio. Unlike Perugino though, he was one of the first painters to free his compositions from the schemes of Giotto that had dominated the art scene of Central Italy since 14th century. He tried to enhance the importance of the background so to add depth to the painting, and thanks to the frescos of the Bufalini chapel he could mess up with Florentine linear perspective.