Virgin and Child with the Young St. John and Angels 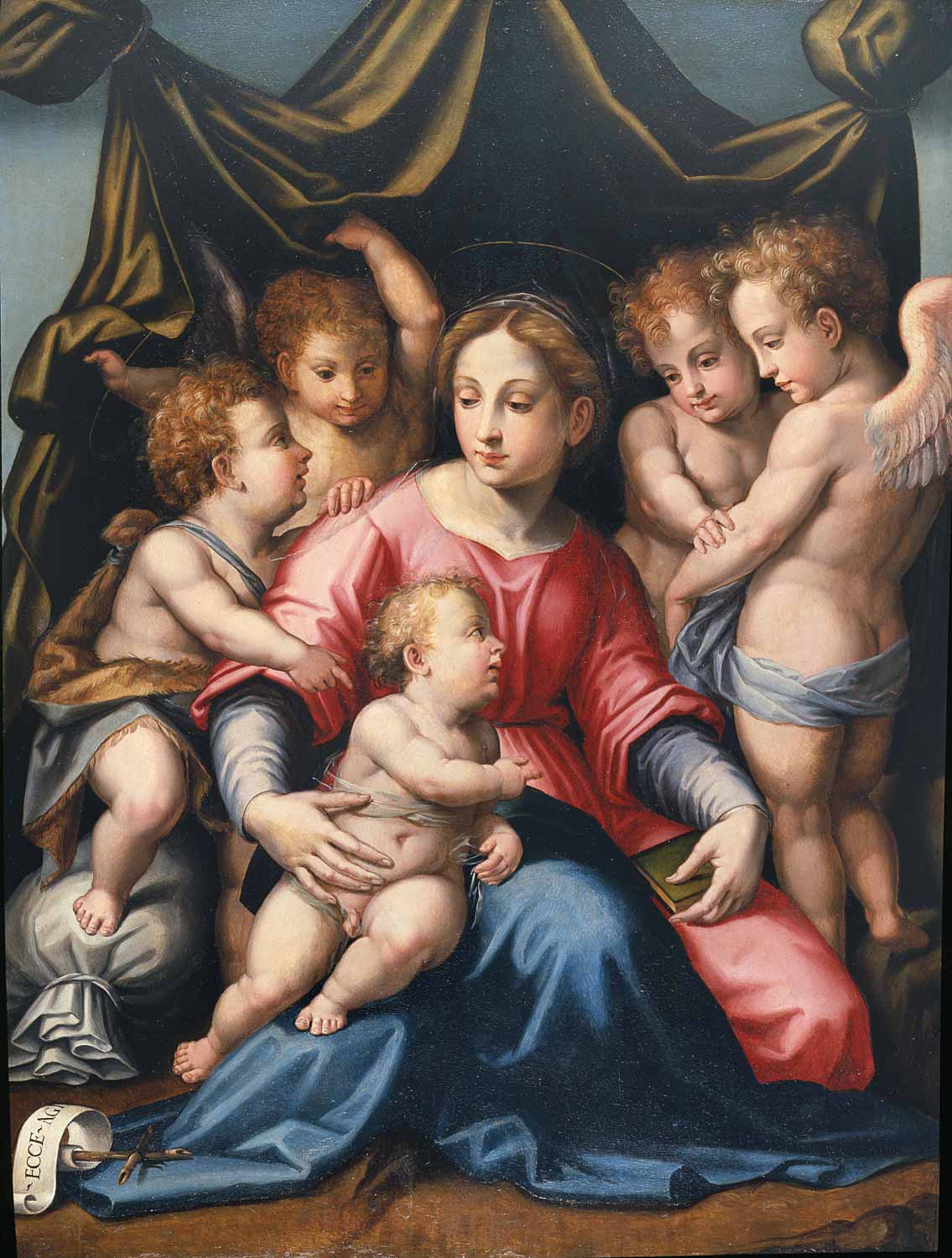 Virgin and Child with the Young St. John and Angels
Oil on panel
135x100cm

Executed in the middle of 16th century

Unmistakably, this painting on panel is an important example of the art created by the Florentine School of the 16th century, which developed under the influence of Andrea del Sarto and focused on the mannerist style that made his followers famous. Ap- prentice of Lorenzo di Credi first, and of Ridolfo del Ghirlandaio after 1525, Michele Tosini was so tied up to the last one that he wanted to keep his late master’s name. Tosini was also strongly influenced on his art by Giorgio Vasari and Fra’ Bartolomeo, from whom he developed his style focused on a great attention to the subjects poses and a chromatic vivacity, as it is quite evident on this painting.

To confirm the influence of the great masters of the past on his art, there is the composition of this painting, taken from the “Madonna dell’Umiltà” (the Umility Madonna) a masterpiece by Andrea del Sarto, better known as the “Corsini Madonna”, from the name of the person who commissioned the work: Alessandro Corsini, a member of one of the most important family in Florence of the time. The composition results quite rational despite the concentration of characters, thanks to the trick of the drapery on the background which frames the scene as a theatrical set. The sacredness of the image is softened by the spontaneous gestures of the protagonists, which make the scene more informal than spiritual. An intuition which was well considered and admired by his contemporaries, as this composition was retaken later from other artists, Italians and not. Today, there are at least 15 copies known of this painting and among them, arises this interesting version by Michele Tosini.

Works such as this contained a new proposal for a style of sacred art profoundly immersed in the innovative spirit of a new Florentine ruling class, which aimed to reconcile the religious and profane. This aspect provoked few problems to the more “experimental” artists, as it drew the particular attention of the Inquisition, which was quite sensitive about the issue of the images, following the directives settled in those years by the Council of Trent.