View of the Colosseum with archaeologists and builders at work 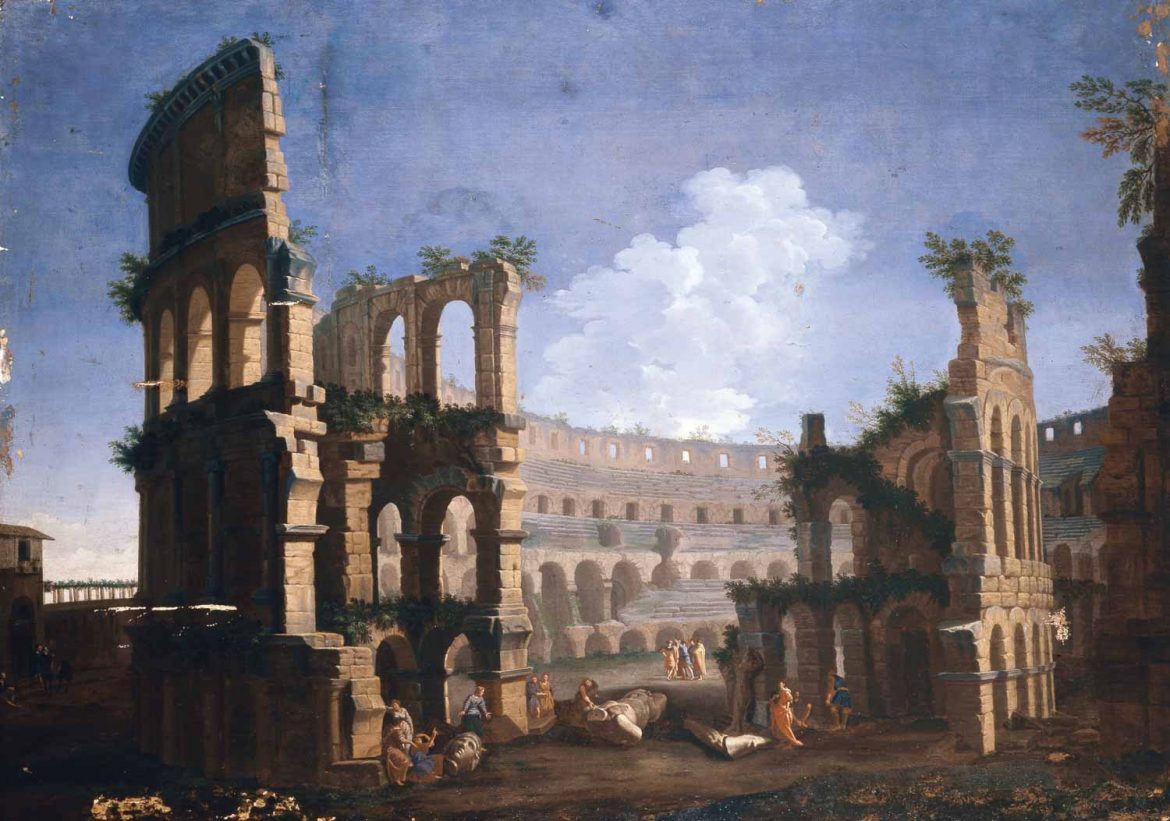 View of the Colosseum with archaeologists and builders at work

This large canvas is among the masterpieces painted by the roman artist Andrea Locatelli, who was one of the leading representatives of the Roman landscape painting School, during the early 18th century. A painting dated by Claudio Strinati to the mature period of this great artist, when his name was already well known among roman collectors and clients, few years before his premature death, at just 46 years old. The painting shows perfectly the sparkling atmosphere in Rome in the early 18th century, when the archaeologists started digging the ground to reemerge the great ruins of the Roman Empire, inspired by Winkelmann’s researches. Thus, this canvas was realized as a visual evidence of one of the most important period in the history of antiquities research. And because of this peculiarity, the Locatelli’s work was selected and shown in the exhibition “Giuseppe Piermarini, tra Barocco e Neoclassico”, held in Foligno in summer 2010: a large retrospective about the Umbria architect and the urbanistic and territorial changing carried out in Rome during the early 18th century. Although the Colosseum was one of the most depicted monuments by artists in Rome, rarely was the main protagonist of their views. In this composition instead, the monument plays a star role. The sight, taken by Locatelli from the southern side, is partially imagined. We know, in fact, that the inner ring represented here is missing at least three arcades; it was the only one that didn’t fall following the earthquakes of 1231 and 1349. It is possible that Locatelli took this license so as to include, with a skillful foreshortened perspective, the enormous statue being excavated and studied by the small group of archaeologists and laborer’s in the foreground”. But there is also a presentiment of the proto-romantic atmosphere that was spreading throughout Europe, visible in the point of view from which the painter depicted the monument, with a grandiose effect against the light, almost suggesting the first hours of the day, still partially enveloped in the shadows of the night but illuminated by the light of knowledge and beauty.