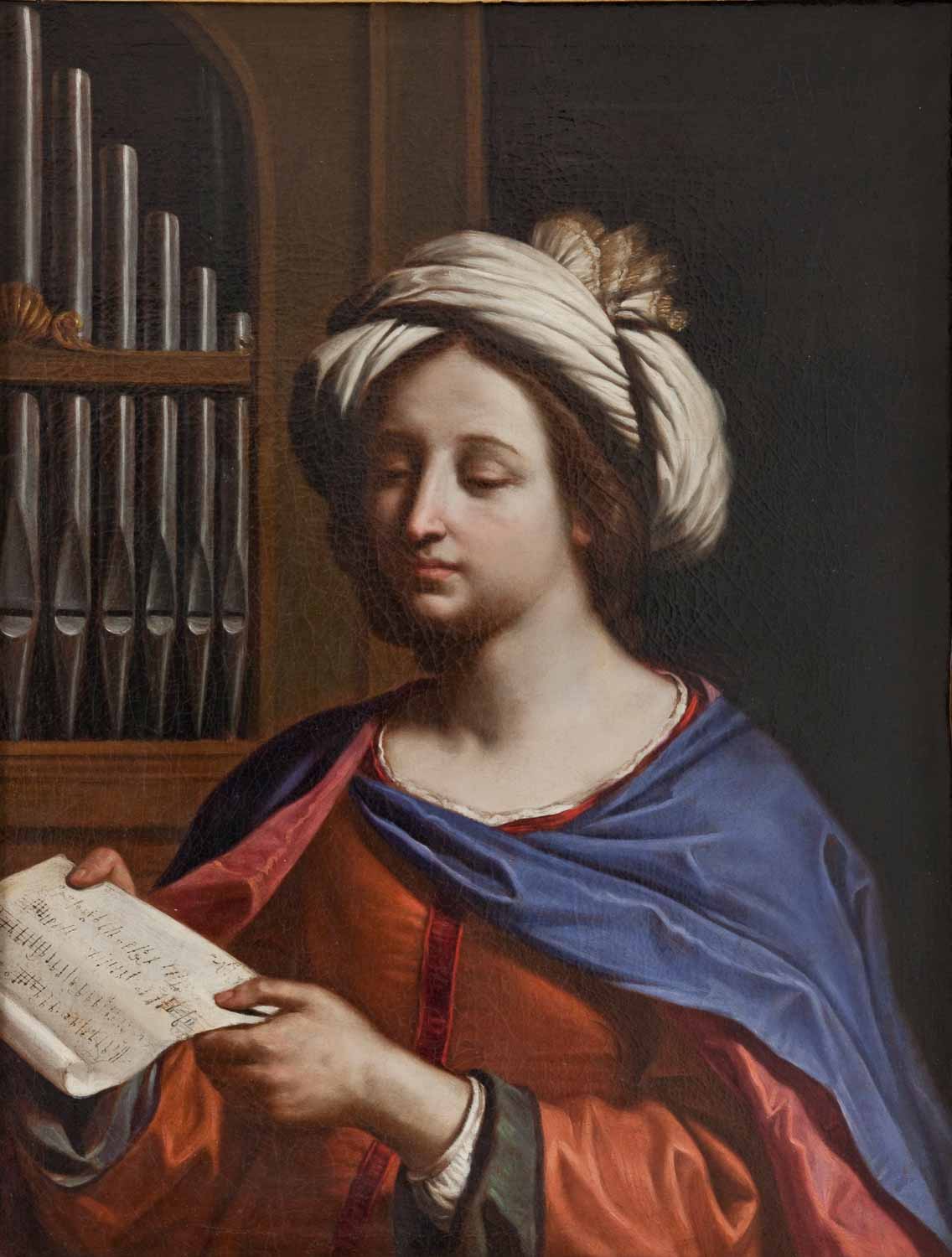 In a report carried out about this painting, the great scholar Denis Mahon dated its execution precisely on 1658, during the most mature period of the Cento master. In fact, Mahon recognized this work among the four canvases commissioned on the 29th of August 1658 by Girolamo Panessi. Furthermore, Denis Mahon informs us about the presence of a workshop copy of a similar size, by Benedetto Gennari, who most likely had been commissioned in the same period of the Panessi contract, under the authorization of the owner, which is today preserved in the Pinacoteca Civica of Cento.

The composition of a half-length, lonely figure currently portrayed by Santa Cecilia, was initially developed by Guido Reni, who believed that even this kind of image could transmit merely through the facial features and gestures, a sense of pathos to the viewer. Guercino started to build on this concept after moving to Bologna in 1642 one month after Guido Reni’s death, in order to pursue his ambition of becoming the new main artistic reference for the wealthy Bolognese commissioners. However, this change is not solely due to commercial reasons since, in his late period there had been a physiological transformation within Guercino artistic perception: his young fervor gave way to a more introspective vision, perfectly visible by Saint Cecile facial expression and simple gesture.

Thus, the works of art developed within the latter part of his career do not search for the dynamism of historic attention but rather focus on the centrality of the act, capable of expressing a whole narration.