Rome under the snow 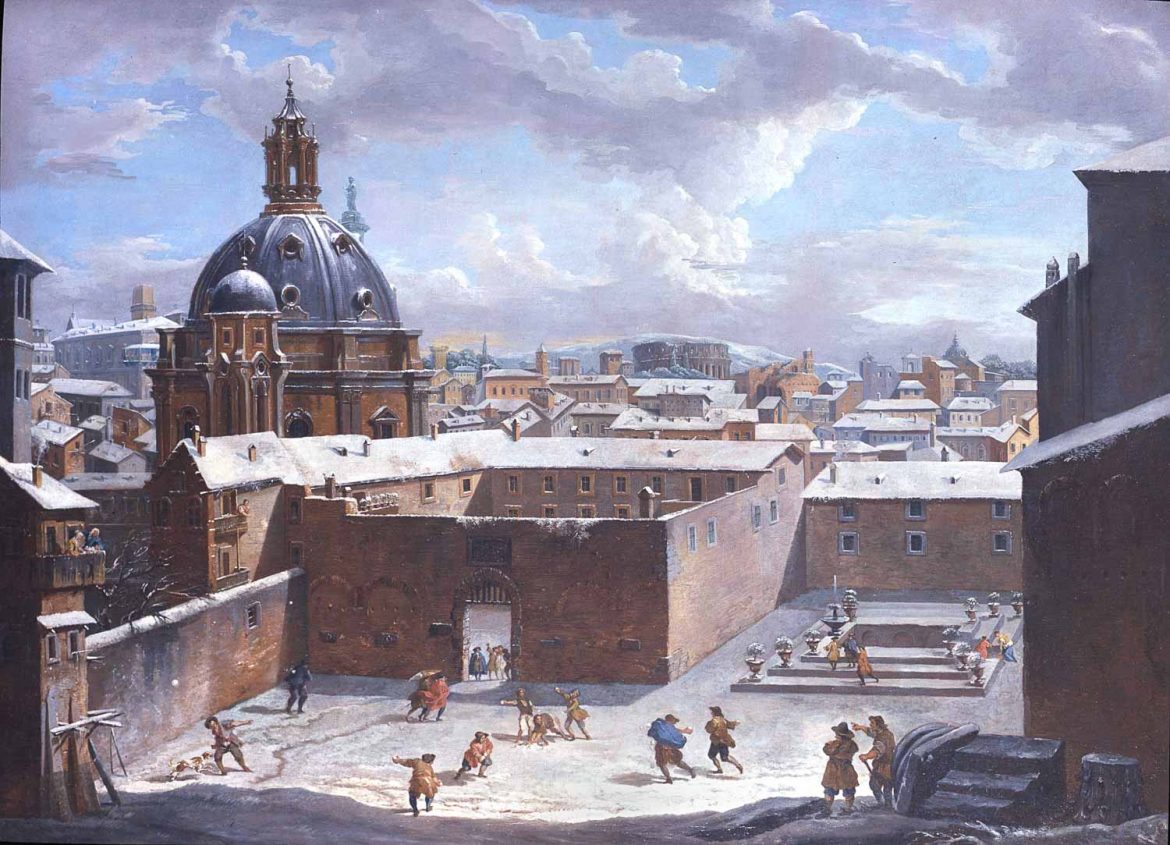 Rome under the snow

A unique work in the great Piacenza’s painter production, it was created during an extraordinary event, the hard snowfall which covered Rome in 1730. An event causing bewilderment, excitement and entertainment in the population and remained memorable for centuries. The angle of the view is completely original, even for Panini himself who was a creative and extremely inventive artist. It is a rare example of a view from a clearly-defined vantage point. It was Ferdinando Arisi who recognized the exact spot on the terrace of the Palazzo Odescalchi which, at that time, was the property of the Colonna family. The scholar deduced that it was mostly likely the Colonna family itself who commissioned the work from Panini as an exceptional memento of an exceptional event. The master imbued the painting with an incomparable liveliness and freshness in the figures and characters who are throwing snowballs, while the image of the surrounding city appears, if possible, even more majestic and solemn, culminating in a formidable view of the Colosseum in the distance, which appears placed as a focal point, beyond which the mountains rise, providing an extremely distant perspective that enhances the view and understanding of the observer. The true value of these large landscapes was indeed an essential historic documentation about how the Eternal City was in 18th century, in particular when a view like this one become a visual unique proof of an absolutely extraordinary moment.