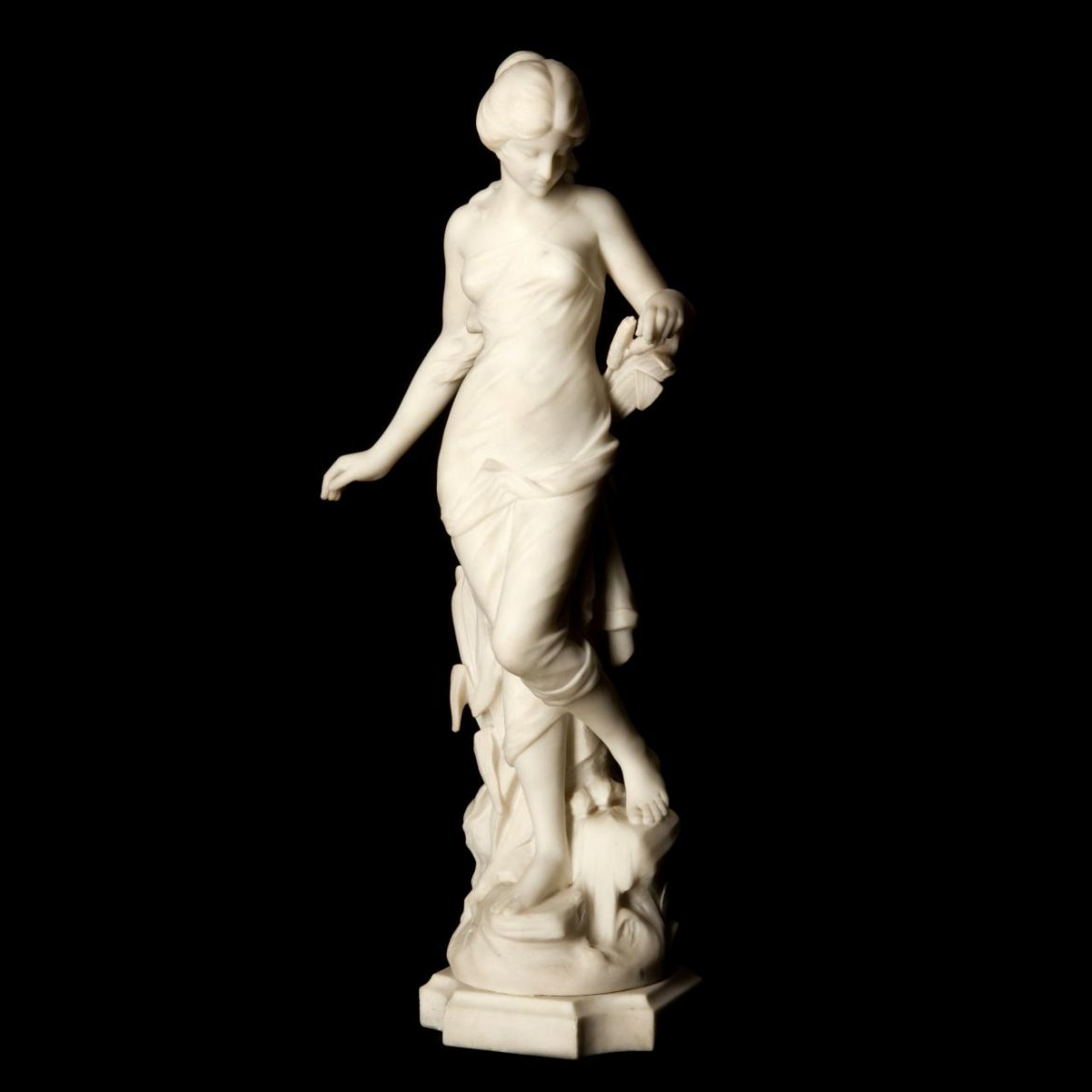 The white marble statue entitled The Stream is one of sculptor Edouard Drouot’s favorite allegorical figures. The various themes dealt with in Drouot’s works are invariably characterized by a figure depicted in motion, in hunting scenes or sport contests, and the figures themselves may be allegorical, exotic or mythological.

His works reveal his penchant for the soft flowing lines, so typical of the artistic movement called Art Nouveau and abundantly evident in this sculpture as well.

The luminous white marble has been carved in such a way as to reveal the elegant form of the female figure who seems to emerge from a rocky shore, holding a bunch of swamp reeds in her left hand. Her sheer, flimsy gown ripples in the breeze that caresses her face.

Edouard Drouot was widely acclaimed especially at the turn of the last century, when he won prestigious awards at the Salon in 1892 and the Paris Universal Exposition of 1900, where he received an Honorable Mention for the life-size marble sculpture entitled “L’Amateur” which he had created in 1893.